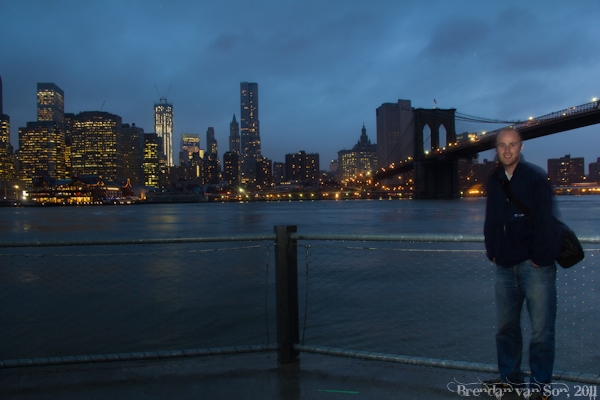 My Open Christmas Letter 2011: The Past, Present and Future

Last year I decided to share my personal Christmas letter with my readers. I came to the realization that in many ways my readers were becoming a part of my travel family, and that is even more true a year later. I think that it’s only fair to share it with you all again this year. I wish you all the best in the New Year and hope you have a happy holiday. 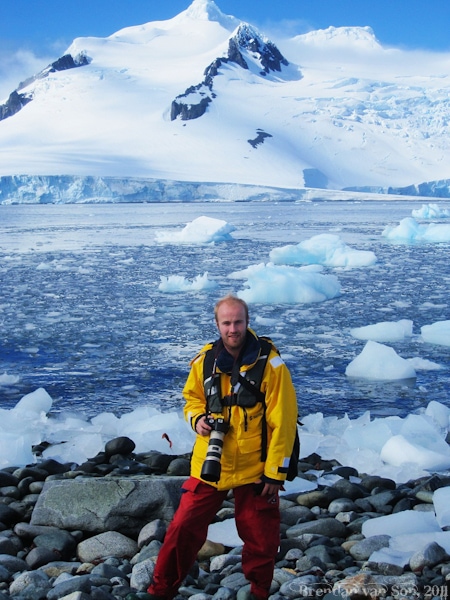 What a year! It’s hard for to explain all that has happened this past year while at the same time giving some indication of what’s going on in my life moving forward without rambling on, but I promise to try to do so in as few words as possible. Please bear with me as I enjoy a few paragraphs worth of self-indulgence.

2011 started off with an absolute bang as I was awarded my first ever bit of real press work with a trip to Antactica. The 12 day journey to the 6th continent was the highlight of my travel experience to date. The sheer power of Antarctica can’t be described in words, photos or in video; it can only be felt. I feel very blessed to have been able to take part in that expedition. After Antarctica I have to say that much of the rest of the year has been an unpredictable rollercoaster of successes and failures, prosperity and poverty, and a whole lot of struggle. I never imagined making it as a travel writer and photographer would be easy, and it hasn’t been. But through all the struggle it has been worth it and the rewards have far out weighed the struggles. This past year, I have had the chance to visit over 20 different countries on 3 continents while meeting some great people, and taking part in some great adventures, along the way.

A Penguin Trying to Become a Photographer

My family has been an amazing support system through the whole process, and I can’t thank them enough for that. My parents are still living up near the Arctic in small town Alberta, Canada. My dad continues to teach and pump iron at the gym. I swear that he’ll be in better shape than me until the day that he dies. I have never needed an athlete, movie star, or musician to be my hero, my dad has always been mine. My mom has continued working for an oil and gas company raking in the big bucks so that they can travel to Phoenix and spend some winter days golfing. I have two siblings as well. My little brother is one the best people at counting stuff I have ever met. He lives in Edmonton, Alberta where he is one of the greatest accountants on the planet during the day, but I’m sure he must fight crime in secret at night to keep himself entertained. Personally and honestly, accounting sounds mind-numbing to me, but he really seems to love it and that is what’s important when it comes down to it. My big sister, who is also a photographer (check out her website here), is living in Toronto where she fights nosebleeds working in one of the tallest buildings in the country. She is getting married in late January to my brother’s doppelganger, Rob. I’m going to be photographing their wedding in the Dominican Republic and I have to say, I’ve never bee more nervous to photograph something in my life. I have just returned to Canada after an emotional departure from over 2 and a half years in Latin America. In my last month on the continent I had over $3,000 worth of my camera gear stolen in Ecuador, but even that couldn’t shake the feeling in me that Latin America really is home now. I lived in Medellin, Colombia for nearly 8 months between trips to Central America and Ecuador, and have never had a harder time leaving somewhere in my life. 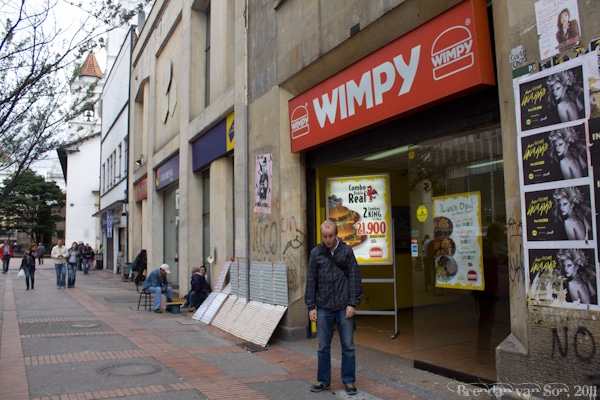 Me in Bogota, Colombia… best restaurant name ever

After a year of filled with struggles, things have really turned around for me over the past couple months, and hopefully continue to be on the rise. My website’s readership continues to grow to a point that both inspires and confuses me, and the income I’ve been earning from travel related work is very encouraging. Just about 8 months ago I wondered if this dream of mine bordered on impossible, but now I am sure it’s possible. I am living it. Just a couple months ago I started a new project. I have started a travel magazine called Vagabundo Magazinewhich is geared towards adventurous and independent travellers. The response the web content has received so far has been very encouraging. Moreover, I will be launching the first interactive volume of the magazine in early January. The magazine will be available in digital form on a range of platforms including Kindle, iPad, iPhone, Zinio, and in good old fashion PDF. I have hired an associate editor named Will Peach and also have some part time staff working on design and layout for the magazine. I am looking to hire an apprentice writer/photographer sometime this upcoming year if things continue to go well.

Me in New York City

At the moment I am spending most of my time trying not to freeze to death at my parent’s house in Canada where I have been the past week, but I am once again about to embark on another great journey. After spending January in the Southern United States I will be heading to Espanola Island for my sister’s wedding before heading over to Europe and then making my way down to Africa. My plan at the moment is to circumnavigate the entirety of the African continent while setting foot in each and every country. I’m really looking forward to the challenge of Africa. The truth is that after travelling South America for such a long time I have almost lost that foreign feeling when I go somewhere. I’m sure that I’ll feel it again once I hit the African shores. I’m hoping that I can continue on this path that I am on, and that the magazine and my personal website continue to grow. Who knows what projects will come forward in the new year, and as usual I am planning ahead but preparing for deviations in my “plans.” Anyways, I think that’s enough self-indulgence for one day. I want to wish you all the best these holidays and in the new years. Happy Holidays, Brendan van Son