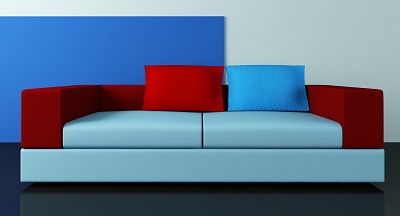 I laughed at first when I heard of couchsurfing about a year ago. The concept in itself just seemed wrong to me. As if backpackers weren’t already cheap enough, now they want to freeload by sleeping on someone’s couch? The next thing you know they’ll be a website called “Feed a Backpacker” where locals take backpackers out for lunch.

My questions at first were about the legitimacy of the system. Why would anyone let people sleep on their couch? Why would I want to sleep on a stranger’s couch? Also, what is going to protect me or the host from getting robbed. I could also see young beautiful women using this as a way to lure young fit backpackers like myself into their homes and their hearts. Luckily, all of my fears were completely dashed when I arrived at my home stay in French Guiana.  This is my couchsurfing review.

I had been looking for a way around the extremely high prices of accommodation in French Guiana (the cheapest place I could find was 55 Euros a night). I had become so nervous that I was about to bust my tight budget that I even contemplated renting a car and just sleeping in it at night to beat the costs. After some long thought I finally decided that maybe I should give couch surfing a shot, despite my doubts that there would be any available in a country as obscure as French Guiana. I was wrong.

When Celine welcomed me into her home I was immediately thrown by the sense that I was walking into more than just a house, but a community of friends. A nice bed was laid out for me in the hallway, an upgrade from the couch filled with popped springs that I had been expecting. After settling in, Celine showed me around the area and told me a little bit about the natural environment, the people, and the culture. However, what I got most from talking to Celine, a long time traveler herself, was some insight to the French Guiana that exists below the surface. She talked about the cultural clash between the French and both the Indigenous and African descendants. She talked about the economic and the infrastructure problems of the country. Celine, however, talked about the good as well. French Guiana is a laid back country, like much of the Caribbean, and there is a great sense of community amongst the people who live here.

Each night the group of four people who lived in the house where I laid my head invited all of their friends to sit down for a meal, some wine or beer, and some interesting conversations. As I sat their mumbling away in what has become my eroding language, french, and I couldn’t help but sense the feeling of tight knit friendship. The first night I arrived I actually wondered if it was all being put on for me, but after 4 nights I knew that this was just how things worked in the house; and I felt honoured to be a part of it all.

There are still issues with couchsurfing in my opinion, just not the ones that I had imagined in the first place. For one, couchsurfing reduces our ability to give back to the local economies of the countries we are enjoying. It puts two major components of travel, giving back to the community and immersing yourself in the community, in competition with each other rather than in harmony. Secondly, it offers a sense of comfort and protection, which might not sound like a bad thing; but for me a big part of travel is putting yourself out of your comfort zone and forcing yourself to do things on your own.

Overall, my couchsurfing experience was amazing, and I would highly recommend that people give it a shot at least once, especially if you end up at a house as great as Celine’s. I’m sure that there will be a point again in my travels that I need a place to crash, and I will look into couch surfing again. And in the end, there is one thing that I know for certain, and that is if I ever find a place to call my own I will definitely offer my couch, knowledge and community to those who wander through my part of the world.