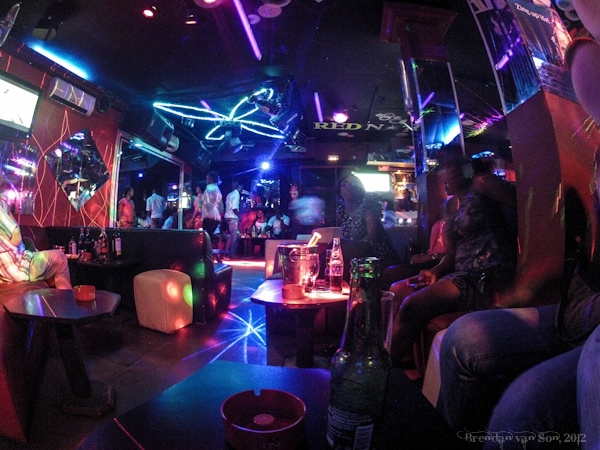 Princess Street: A Night on the Town in Yopougon

Princess Street: A Night on the Town in Yopougon

I sat still and intrigued in the colourful bar as the hard beats of just about any song with a rhythm blared through the air.  A sarcastically amused grin sat twisted on my face as my eyes couldn’t take themselves off the scene on the dance floor.  The stage at the flashy Princess Street bar was not packed, nor was it anything I’d have imagined a bar in the famously entertaining Yopougon district of Abidjan, Cote d’Ivoire to be like.  Rather than a raucous crowd of sweaty people bumping and grinding with their preferred sexual partners, the participants seem to be much more concerned with someone else: themselves.

Unlike the bars in Canada, which are painted as black as possible, hazed with fake smoke, and streaming with blinding lazers intent on making sure you can never tell someone’s identity upon meeting them outside of the nightclub, this bar was lined with mirrors; and the Ivoirians that filled the place had taken notice.  They lined up in front of the mirrors proudly displaying their moves to no one but themselves.  They twisted, stepped and rocked their hips as if they are trying to get themselves going.  I almost expected one to start walking away from the mirror before stopping and sensually tossing a look at them self over their shoulder with a teasing wink or kiss. 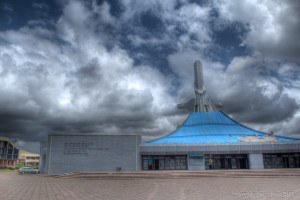 The scene of people staring intriguingly at their counterpart in the mirror was made up of mostly men, which was also a change from back home.  But in reality, it can’t be much worse than at home where men wait on the sidelines until enough women hit the dance floor.  The women, who always dance in circles which carefully protect their purses and shoes that they’ve kicked off, set the tone and make the first moves in a Canadian nightclub.  The men then move in as the night evolves.  Most men, like lions on the hunt, aim for the weak and easy targets.  Before the female species realizes their sexual counterpart is anywhere near them, the man has already made love to the woman’s unsuspecting leg.  So, in contrast, it’s at least nice to see guys willing to dance without grinding up on someone else’s evenings, other than themselves of course.

As the night progressed on Princess Street, I expected the club to evolve.  The early evening was, perhaps, for those hoping to practice their skills for their “audience” later on in the night.  At one point, a stunning figure of a woman stepped onto the white floor which fluttered in light from the disco ball above.  I expected the men to stop in their tracks from the reflecting vision of an African goddess behind them and begin to plot their “move”.  However, the woman simply slid in line, brushing her fingers through her glimmering hair as she danced to herself, in the mirror.

I wish I could tell you that it changed as the night moved on.  However, I decided to call it a night as I had a long day of travel ahead of me.  I’m certain that in the wee hours of the morning the scene on Princess Street changes, but for me I’ll always remember it for it’s mirrors.  And to be honest, I don’t want to remember it any other way.