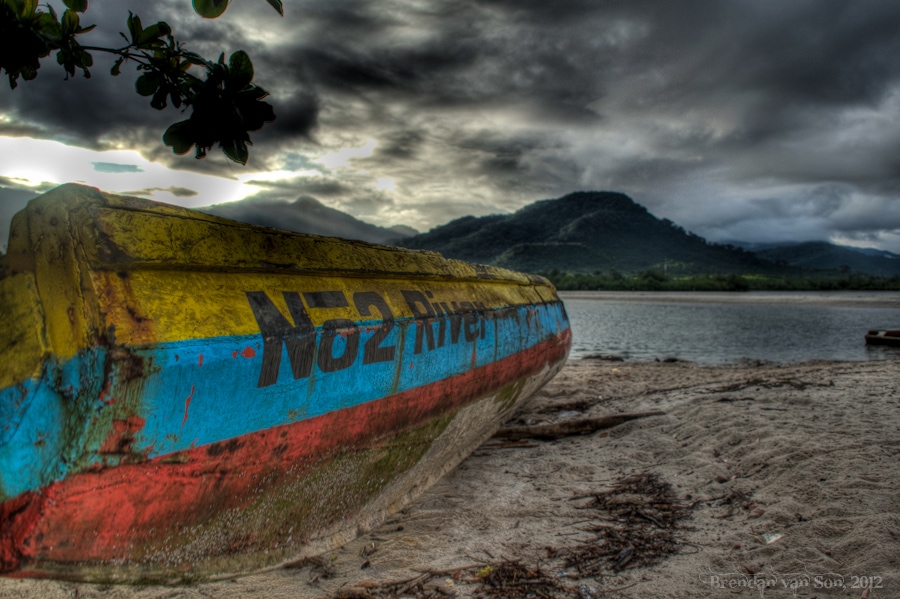 Photo of the Week: No. 2 River

I sat at No. 2 River on the Freetown Peninsula drinking beers, relaxing and shaking my head at the potential for tourism in Sierra Leone.  The beach was beautiful, the scenery was stunning, and aside from a couple of documentary film makers – who I shared quite a few of the aforementioned beers with – I had the beach to myself.  No. 2 River is famous for being one of the most beautiful beaches in all of west Africa, and it certainly was the nicest that I’ve seen.  However, unlike the beautiful beaches found almost anywhere else in the world, there is only a small hotel here.  There are no resorts in sight, and for me, that’s a beautiful thing.  But I honestly can’t imagine it staying that way all too much longer.

I’m not one of those people who goes crazy for an HDR image.  I certainly don’t go around thinking “I want to shoot some HDR today”.  However, I am also not one of those people who hates it so much they yell at puppies every time they see one.  I try to use HDR when the light in a scene isn’t optimal and shooting HDR allows a powerful image regardless.  The morning that I shot this image the light was horribly harsh and almost directly in the front of the image.  Thus, unless I wanted a blown out sky or a dark canoe I had to shoot HDR at this time of day.  I shot 5 exposures (-4,-2,0,+2 and +4) and then used the program photomatix to process them to this image.