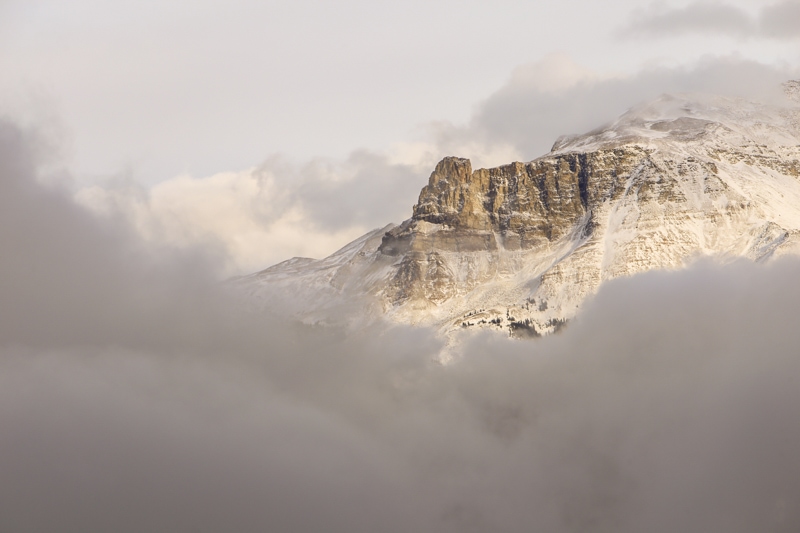 It was sheer coincidence that my ViaRail trip arrived in Jasper exactly on opening day of Marmot Basin.  So, I obviously couldn’t resist getting some skis on my feet and hitting the hills.  Though my train was delayed, and I didn’t get into my hotel room until after midnight, I still managed to get up at the crack of dawn to get some of the freshest tracks at Marmot Basin.  Thanks to a lot of snow this year, I believe the hill actually opened early in comparison to other years.  It was a bit busy on the hill, due to all the locals eager to get their first tracks onto the hill, but it was brilliant.

When is opening day at Marmot Basin?

Obviously if varies year to year.  It really depends on the temperature and the amount of snow that has fallen.  Generally, opening ski day at Marmot Basin is mid-November.  This year, for example, I got onto the hill on Saturday November 14th.

Since I’m a traveller, I always have to rent ski gear when I hit the hills.  In Jasper, I rented my gear directly at Marmot Basin.  There they have everything you need except for goggles and ski pants.  You can, however, buy some cheap ones in their shop.  If you need ski pants, I always rent them from down at The Source for Sports in the city center.

Some Images from the Hill

I focused on skiing, on this trip.  So, it’s a bit odd for me not to have a tonne of imagery from the hill.  However, I did manage to take a couple snaps between runs. 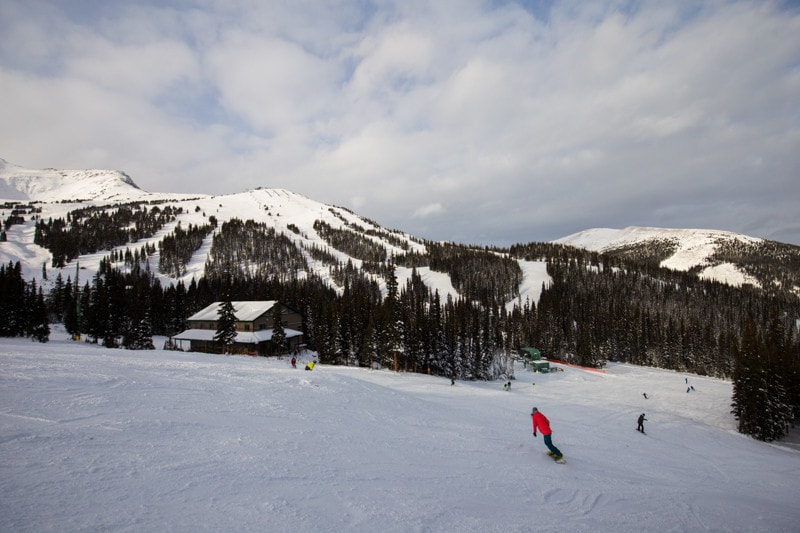 The view from the top of the first run. 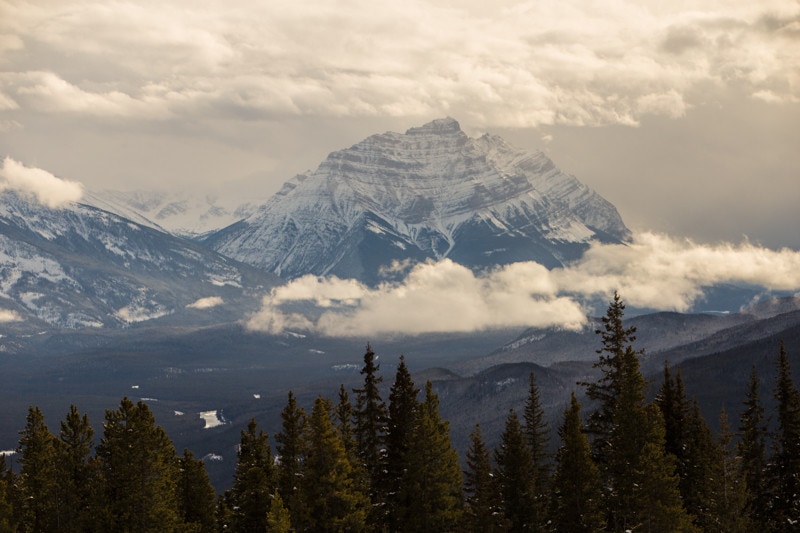 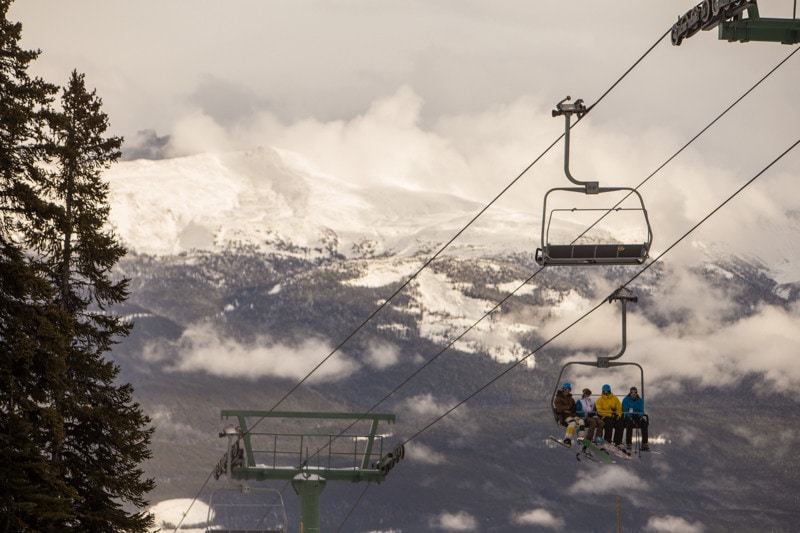 Skiers and snowboarders on the chairlift up. 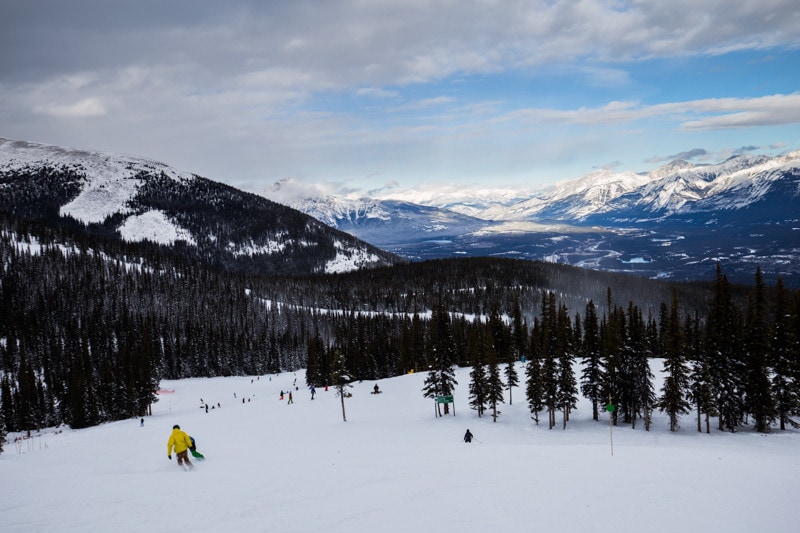 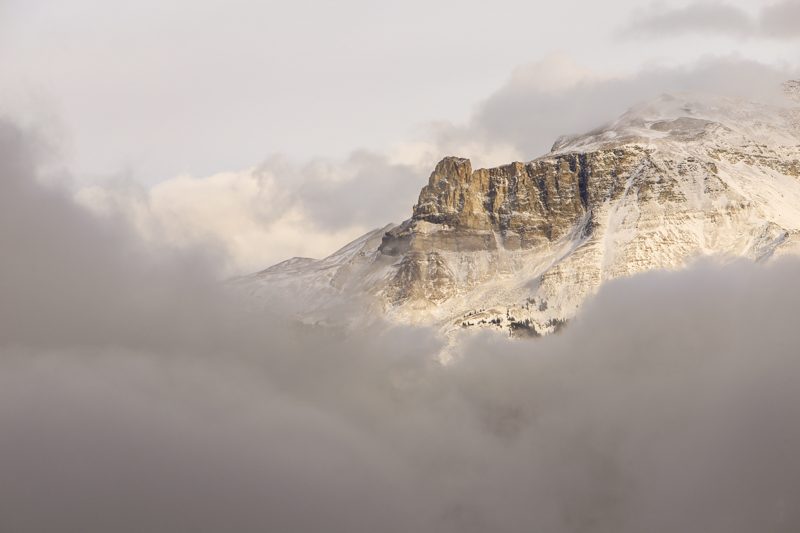 Low fog and mountains peaking through.

Oh man, I’m starting to get behind again.  In realtime, I’m actually in Helsinki, Finland.  But, before the articles get there I still have stuff from the Alberta, and a couple episodes from a river cruise on the Danube with Viking River Cruises.  Stay tuned for all that good stuff.  Hopefully I can get caught up on all that soon.