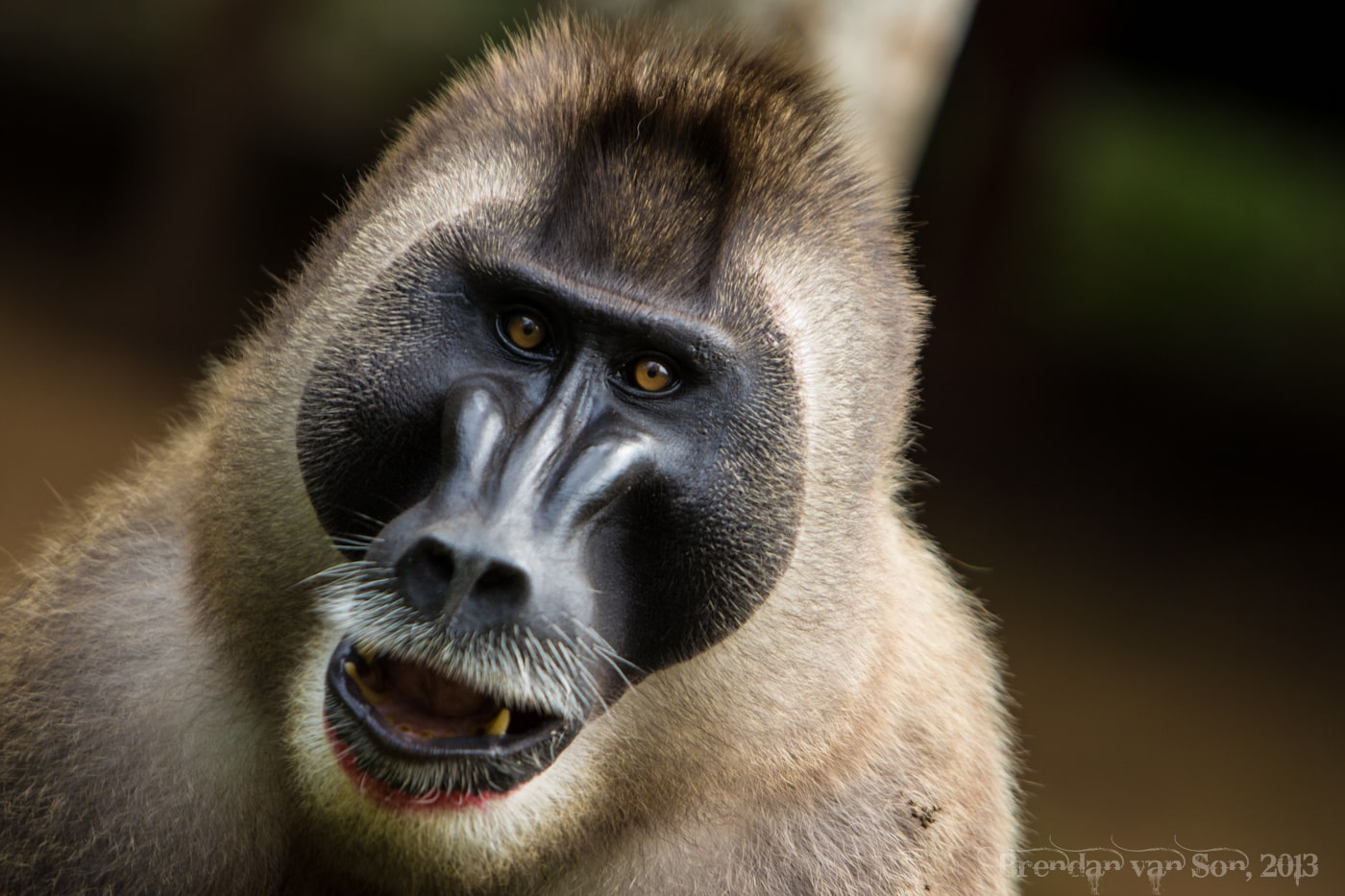 Over the past couple weeks I’ve been working hard to get a consistent amount of videos out on my youtube travel channel.  Obviously, being back in Central Africa I couldn’t really upload videos on a regular basis as internet was a massive issue.  But alas, I’m now down in the much more developed part of the continent and should probably try to get these videos close to caught up.

This week’s video is from a place called Pandrillus Drill Monkey Sanctuary near Afi, Nigeria.  Pandrillus is a sanctuary for the extremely endangered Drill Monkeys.  Drills are only found in Nigeria and neighbouring Cameroon and there are only a shocking 3,000 left on the planet.    Nigeria is one of the countries where bush meat is still extremely common.  Big primates like drill monkeys are often a target because, obviously, they have more meat to them.  Deforestation in Nigeria is also a massive problem.

At Pandrillus, they actually house about 350 of the remaining monkeys while they try to do captive breeding and eventually want to return them to the wild.  The sanctuary also has a group of chimpanzees there, although they will, unfortunately, never be able to return them to the wild.  In the region around Afi, there are wild chmpanzees, dill monkeys, and even a small troop of gorillas, although spotting any of those animals would be extremely rare.

Anyways, I hope you enjoy the video, and I’d love to help raise some awareness about these beautiful animals, so any shares would be greatly appreciated!