I wish I could tell you I spent my days in New Orleans soaking up the Southern history. I wish I could tell you that I explored the French Quarter’s museums, old buildings and churches. I wish I could tell you that I learned a lot about one of the most historically important cities in all of the Americas. I wish I could, but I can’t. Instead, I spent my nights exploring the music scene which is so powerful in New Orleans and spent my days trying to recover. I’d be lying if I told you that I felt guilty for the party-tourism that I took part it; I loved every minute of it. I might not of learned much about the history, but getting off of Bourbon Street and into other areas of the city’s music scene allowed me to get a much better feel for the people of this city. It was amazing seeing an appreciation for types of music that don’t involve “bumping and grinding” beats. The music scene in New Orleans is like nowhere else in America and is well worth a couple nights worth of indulgence.

This week’s photo was taken on Frenchman’s Street which is a great place to go for music and to get away from the general tourist crowds that swarm Bourbon Street. The bar this was photographed in was called The Blue Nile. 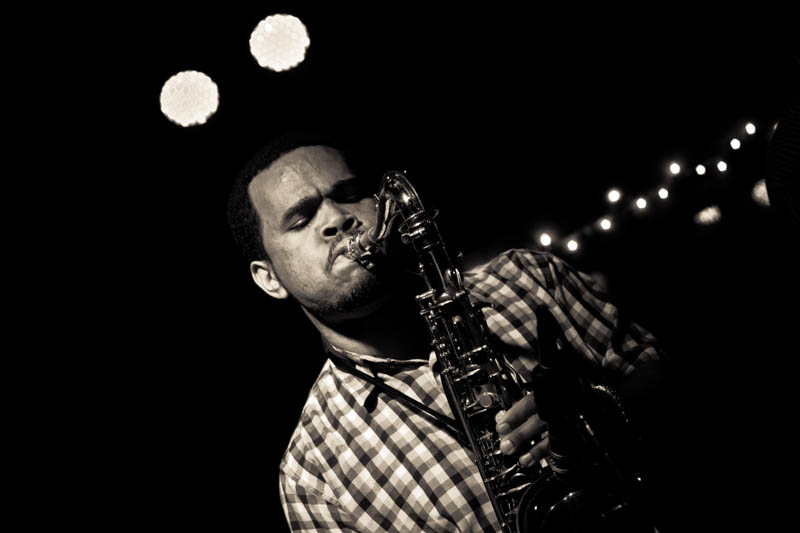 I hate turning up my ISO, but sometimes it’s necessary. In a dark bar with moving band parts and nor possible use for a tripod it is needed. Luckily, turning up the ISO can kind of give you a nice grainy look when shooting bands. My piece of advice for shooting the music scene somewhere, however, has nothing to do with ISO. My advice is to act like you own the place. If you have a DSLR camera people will just automatically assume you are a journalist (well, lots of people). Get up into the front row, get in people’s ways, carry a fake press pass, and just shoot the photos you want. You’ll be amazed, put a big camera around your neck and people will just move out of your way and let you go straight to the front. Shoot the band is then fairly easy: look for the light, try to capture the emotion of the song, and shoot from a number of different angles and you’ll surely come up with something. I try to make sure I shoot band/people images at least at 1/50 seconds as well or you’ll end up with some softness to the image.