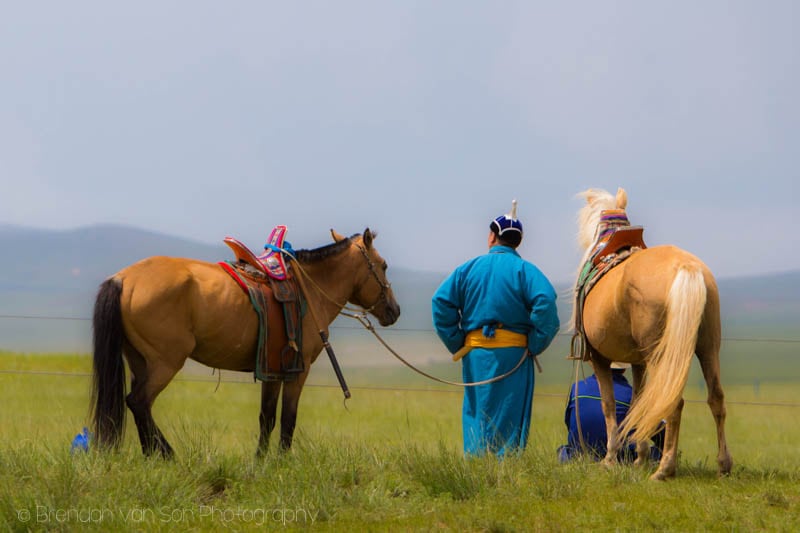 And that does it from Naadam!
PhotographyTravel Photography Blog

Photographing the Naadam Festival in Ulaanbaatar

I’ve been asked a lot of late why I’ve been racing around Asia desperately for the past couple months without taking any sort of break. The answer, of course, as to why I have, is the Nadaam Festival here in Mongolia.  Though I’m not usually one to travel around certain events or festivals, after hearing about the “Mongolian Olympics”, it seemed wise to push to make it happen.  Thus, for the past couple of months, I’ve been sticking to the strictest schedule I’ve followed in years.  To be honest, it has been stressful, and I’m exhausted.  But, I made it to Nadaam and it really was one of those things you’d really only do once in your life. 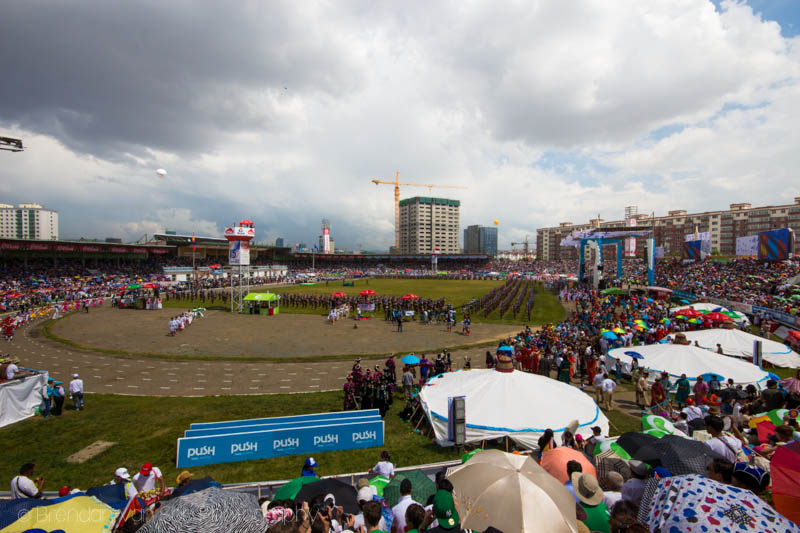 The truth is, though, that it was all a little bit underwhelming.  Sure, it was extremely interesting to see.  The opening ceremonies were cool, and watching the wrestling, archery, and ankle bone games on the first day was really cool.  It was also a lot of fun to get grab some local Mongolian grub and fermented mare’s milk in the tents outside.  Overall, it was a really interesting introduction to Mongolia.  Of course, it wasn’t all good.  On the second day of Nadaam, we headed out to the horse races.  Only the bus ride over was hell.  We must have stuffed 150 people into a bus, with no sense of order, cue, or manners, then the bus got lost on the way there and we ended up having to walk some 40 minutes.  We ended up getting there too late and missing the end of the race.  Still, I managed to get some photos.  And I learned an important lesson: no matter how old the Mongolian lady may be, she’ll still punch you in the face and knee you in the balls to get onto the bus first.

Anyways, here’s a bit of a video on my process for photography at the event.  There is more info on Naadam, as well as some photos from the festival, below.

As I mentioned in the intro, Nadaam is a bit like the Mongolian Olympics.  The main events of the biggest Nadaam take place at the start of July.  In Ulaanbaatar this year, they took place on the 11th, 12th, and 13th of July.  The only tickets you actually need to purchase would be to see the opening and closing ceremonies or to watch the wrestling.  Those events take place in the stadium.  Outside the stadium are some free events to watch like the ankle bone games and the archery.  There is also a fair-like environment outside the stadium which is fun to wander around and people watch.

There are also horse races outside of Ulaanbaatar which are a pain in the ass to get to.  The best thing to do is to hire a car to take you there and back.  The bus system they set up for the event is horrendous.  Be sure you check the times of the races before you go as well.  The horses race about 25km and it takes about 2 hours to complete.  Thus, if a race starts at 11am, you’ll want to be there about 12:30pm to see them all cross the finish line.

If you’re hoping to see a smaller Naadam event in one of the rural parts of Mongolia you can do so.  However, the dates for the countryside versions aren’t the same as the main festival.  Most of them actually happen in June and the start of July.  This is due to the fact that most of the smaller districts hold their events and then send their champions off to Ulaanbaatar to take part in the main events.  That being said, I did hear of some Naadam festivities happening as late as August.  Truth be told, it’s a bit of local knowledge that isn’t widely spread as to the times of these smaller festivals.

Getting Tickets for Naadam

It’s a pain to get tickets for Naadam in advance.  The tickets go on sale a month in advance and there are often massive lines to get them.  The best option, as a tourist, is to contact a local tour company and request they purchase some in advance for you.  Of course, this means you’ll have to pay a re-seller’s fee.  We paid $25 for our tickets well locals pay about $5.  That said, some of the tourists we met that bought tickets from re-sellers right before the opening ceremonies paid as much as $70.  We got our tickets through Danista Nomads Tours and Hostel, and they went above and beyond to make sure we got our tickets for the stadium events.

All that being said, you don’t need tickets to enjoy Naadam.  You can see the archery, ankle bone games, parade, and horse races all for free.  The only thing that the tickets cover are things that happen in the stadium: opening ceremonies, wrestling, and the closing ceremonies.  Don’t stress if you don’t get tickets.  In fact, I’d say that the tickets aren’t even worth it if you have to scratch and claw to get them.  You’ll still see nearly everything without them.

I had imagined this to be easier than it was. In the stadium, we had seats way off on the edges so it was hard to get cool images of the opening ceremonies or wrestling.  Even using a 70-200mm lens I felt like I couldn’t get close enough to the action.  Outside the stadium at the free events, it was really easy to photograph the events.  The archery allows you to get a couple feet from the archers, and out at the horse races there are loads of interesting people to photograph.  Most are really open to having their photo taken as well, as they seem to be in the festive spirits.

Anyways, I hoped to get more keeper images than I did, but I popped off a couple I’m happy with in the end.

After Naadam ended, we left on an 8 day trip through Southern Mongolia.  Being a travel photographer in Southern Mongolia is a treat, and I’ve got some cool stuff for you from the rest of this country, so stay tuned!