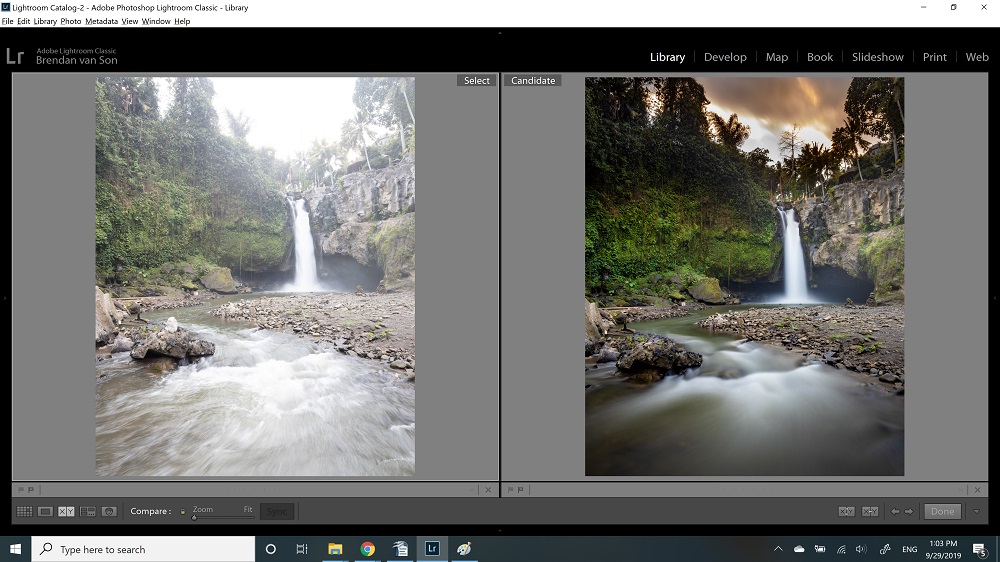 Photographing Waterfalls in Bali with the NiSi v6 Filter System

I’ve been using a couple different NiSi filters over the years for my landscape photography.  But, I really didn’t have any experience at all with their system.  So, when NiSi reached out recently to talk about potentially working together – and maybe even a long term ambassadorship – I jumped at the opportunity.  I was given the Nisi v6 filter system, and I decided to put it to the test in Bali where we were off on a workshop photographing waterfalls. 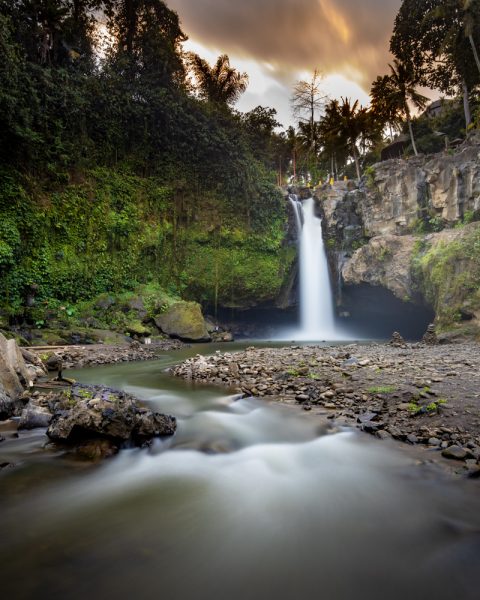 Kanto Lampo Falls and a Polarizer

The first waterfall we headed to in Bali was actually the one I was least looking forward to.  In fact, from the many  “same old” Instagram photos I saw from here, I thought the potential was pretty limited.  But, as soon as we arrived, I noticed a small set of rapids just down the flow of the river.  I thought that would make for a good image.

Based on the light, it was totally unnecessary to have any filter at all.  It was pretty even light that was softly filtered through the trees.  But, there ended up being a lot of glare and reflection on rocks in the foreground of my image.  So, I decided to use a polarizer.

Essentially, a polarizer is one of the few things you definitely can’t fix in post-processing.  A good polarizer will cut out reflections that often “block” out the colours and textures.  In this situation, the NiSi polarizer I used managed to cut out a bright spot on the rocks in the foreground of my photo.  It also helped bring out the greens in the trees.

Below is the image straight out of the camera with no polarizer on it.  There’s no edit either. 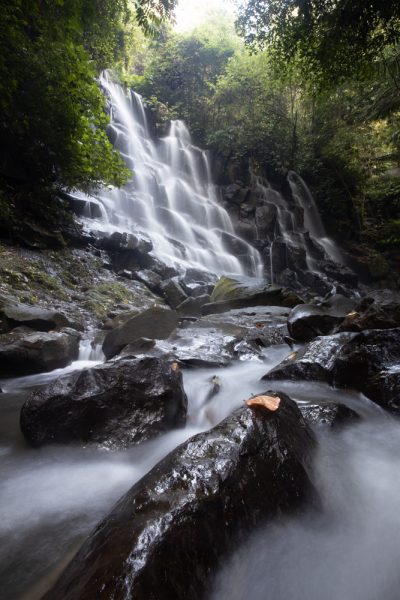 Now, I don’t want you to think that the polarized version is better.  It’s all personal opinion. Some people might prefer the version with a bit of reflection.  It’s really up to you.

You can really see how the polarizer cuts out the shadows.  But, what it almost makes it look like is the details disappear. But, they don’t, they just need to be dragged out a bit in the edit.  Below is my final edit on the image.

I’m quite happy with it. 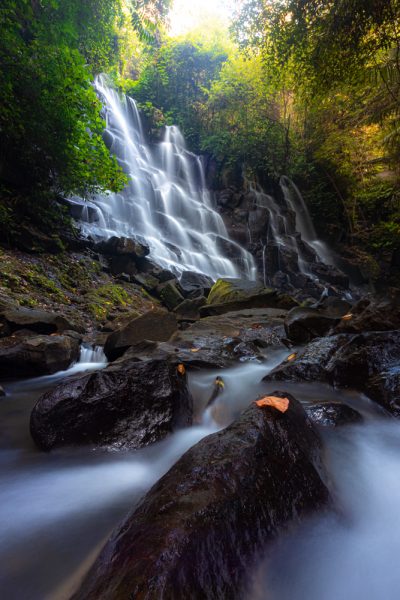 FYI, the polarizer and all the other filters from this post is listed over in my gear list.

It’s funny how perception of photography locations can be so wrong.  I thought that Tibumana Waterfall was going to be an absolute gold mine.  And after Kanto Lampo was better than expected, I had high hopes.  But, I was kind of let down.  Though Tibumana is a beautiful spot – and should definitely be on your travel itinerary in Bali – it’s just not as photogenic as I would have liked.

But it did make for a good place to play with some longer exposures and the NiSi ND filters.

Though the image I made here was incredibly simple, I think it explains what an ND filter does.

Why Use an ND Filter?

The biggest reason that photographers use ND filters is to slow down the shutter speed.  Of course, that’s not the only reason.  But, it’s the most common one.

So, here at Tibumana Waterfall we had quite a bit of light getting into the scene.  Without a filter, the slowest shutter speed I could get was 1/15secs.  It should be mentioned too that I wanted a shallow depth of field to blur out the water in the foreground. The below image was shot at f/4 on my Canon 16-35mm.

I did edit this photo. 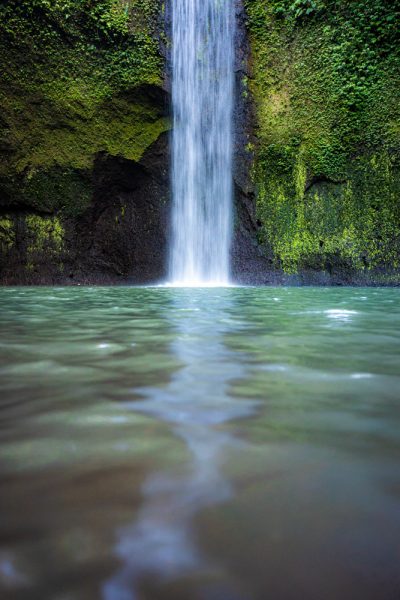 Now, before I share the before and after. I should note that filters don’t always make things better.  In fact, sometimes they can totally ruin the mood of a photo.  For example, I actually like the photo without the filter better than the one with it, in this case. 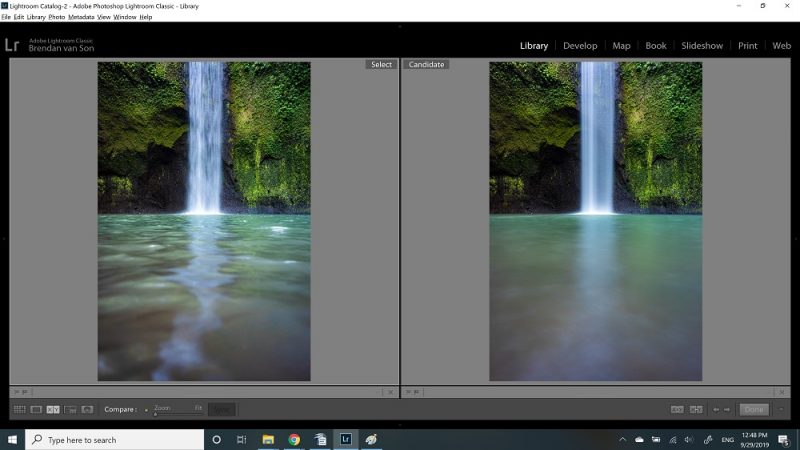 To achieve the “after” image, I used a 6 stop ND.  I also jumped to f/16. That allowed me to get my shutter speed way down to 13 seconds.

Like I said, I actually think I prefer the “before” image. It just has more motion and mood.  Sometimes, when you slow the shutter speed down too much it can make images look boring, and lacking the action.

That said, if it were brighter outside, I might have needed the 6-stop NiSi filter to get my shutter speed down to 1/15sec. 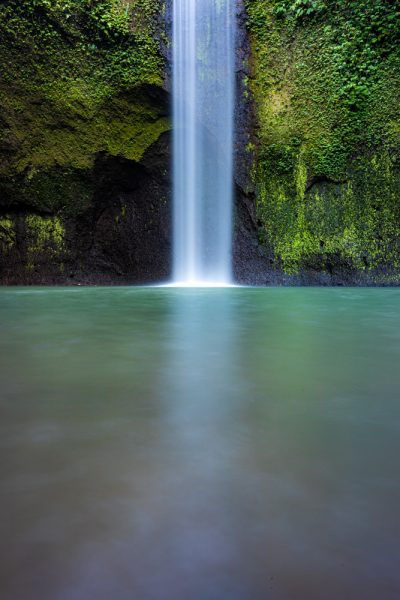 Putting It All Together at Tegenungan Waterfall

I’m going to give you too much information.  When we got to Tegenungan Falls, I was so sick I nearly had to make a dive into the forest.  So, I wasn’t exactly in the greatest mood as a photographer.

And, we also got kind of shut out for light (once again).  We were hoping for a beautiful sky at this location.  And, while it was OK, it definitely needed the saving of some grad NDs.  So, I actually used 3 different types of filters here.  I used the polarizer, a 6-stop ND, and a grad filter.

Why a Grad ND Filter?

Essentially, what a grad ND filter does is allow you to keep a part of your image darker (or brighter).  It’s essentially an ND filter that has half of the filter rated to however many stops you want, and then the other half is clear.  It helps solve exposure issues.  The dark to bright part of the filter is gradual, and the gradient can be hard, soft, or medium – depending on what you buy.

In this situation I used a 4-stop medium grad ND.  The goal was to hold in the sky.

Honestly, the scene left a lot to be desired.  It was messy, and the water colour wasn’t great.  But, I did like the leading lines.

Below is an image I snapped off as an example without any filters at all. 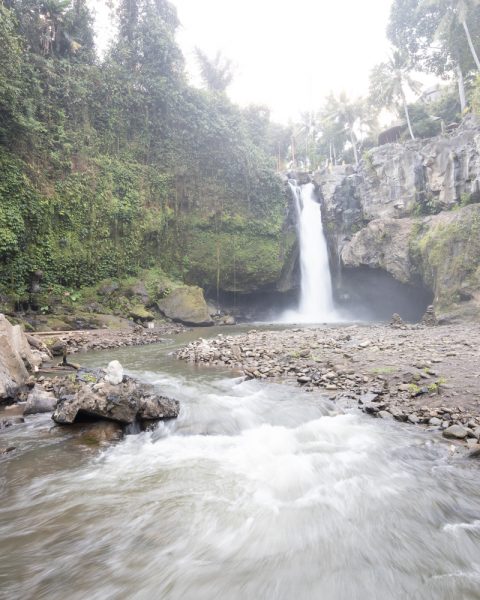 Now, side-by-side you’ll see the image that I photographed with the 3 filters and an edit.  Obviously, the difference is massive.  But, I don’t think most people realize how big of a change photo filters can make until you see an image like this before-and-after. 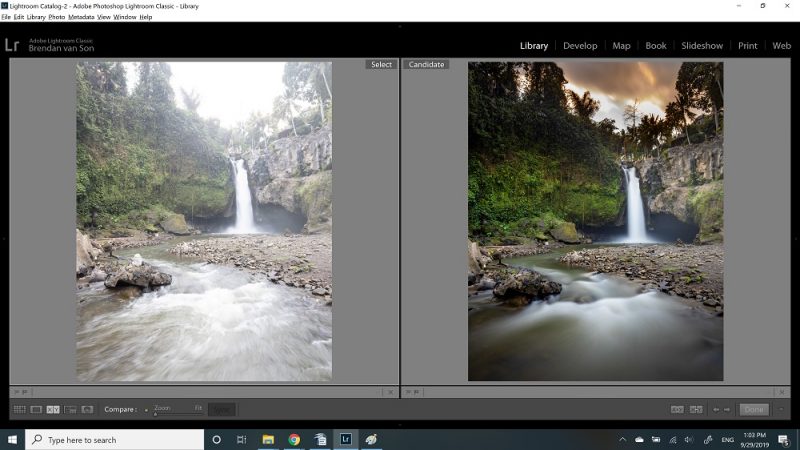 You should know that there was no “photoshopping” done to this image.  Yes, I removed that annoying white rock in Lightroom, and did a basic Lightroom edit.  But, this photograph is the result of filters, not editing.  There is no way to go from the “before” image to the “after” image without using filters. It’s just not possible.

As always, there’s a video to go along with this post.  If you want to see us out in the field making these images, be sure to check out the footage below.

Ready for A Photography Workshop?

Today, I announced my latest travel photography tour, a trip to Madagascar.  We’d love for you to join us there or in one of the many other destinations we explore.