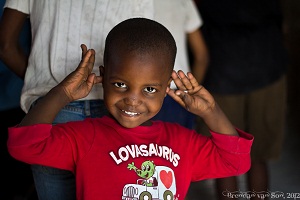 A friend of mine asked me the other day how I can go to places of poverty and strife, places where such a desperate feeling exists, and take photos of it.

“Doesn’t it make you feel a little bit guilty?”  She asked, almost more inquiring for personal sake rather than questioning my motives, “how do you take pictures of poverty without feeling like a complete jerk.”

“It’s actually easier than you think,” I told her, “I just focus on the positive.”

I’m sure that almost anyone who has ever been encountered with a situation of poverty or struggle has wanted to photograph it.  However, most people keep their cameras away for the sake of ethics and integrity, and that is fine by all accounts.  However, in many ways, I feel it’s my mission to document the world.  If images of the world focused on only the good we would be led to believe that there is no struggle, no pain, and that there is no one that needs out help.

Still, in photographing people in places like Haiti I try to focus my camera lens on the positive I see.  I focus on the smiling children, I aim my camera at people helping, at children playing, and at situations that give me hope.  Just as easy as it would be to paint the world in a positive light, in photographing places like Haiti, it is just as easy to paint the world in a negative light; and I wouldn’t want to do that either.

I try to capture the emotions I feel in a certain situation, and I hope these photos of Haiti capture just that.  I hope the images inspire you as much as being their and taking them inspired me. 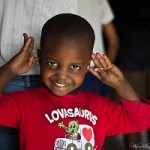