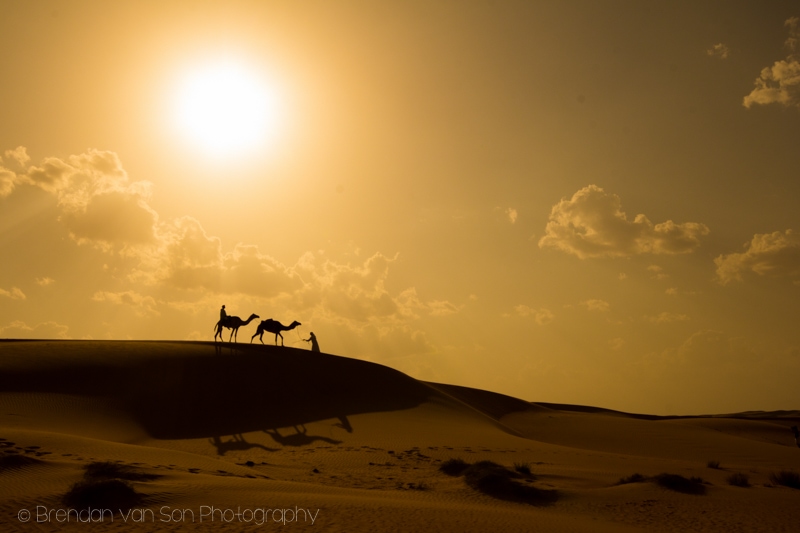 I’ve loved the desert as much as any landscape I’ve ever met on earth, so obviously I was thrilled that Wahiba Sands was on our itinerary for the Oman in Focus tour.  There’s just something about the desert.  It’s not just the pyramids of sand, the contrasting lights and shadows of sunrise and sunset, or the vastness of it all.  It’s the solitude, the peace, and the feeling that you’ve got it all to yourself.

We arrived at the Wahiba Sands desert camp we’d be staying at for the night,a place called Bidiy Desert Camp, in the middle of the day and got all set up.  Soon after some nice Bedouin tea, we headed out to take some photos of the local people in traditional attire.  The men were wrapped in turbans and exactly as you’d expect a Bedouin in Oman to look.  The woman wore an interesting face mask that almost looked like a bird’s beak.  The colours were vibrant, and made for some decent portraits. 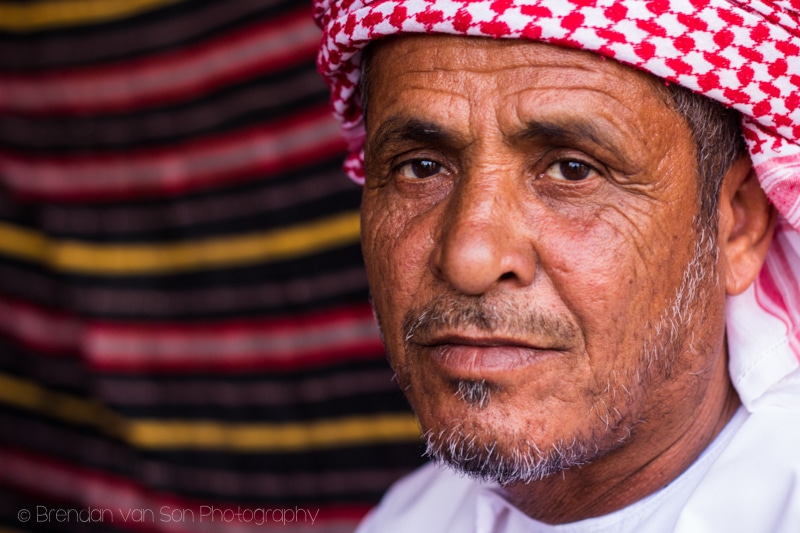 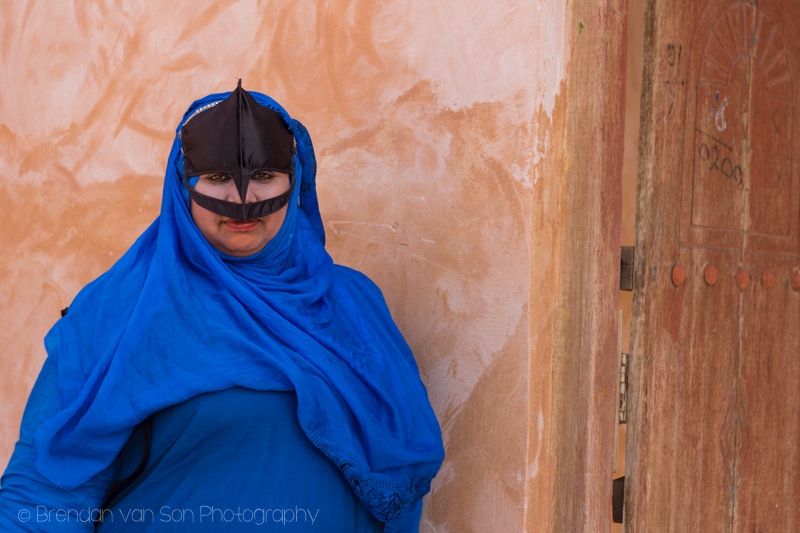 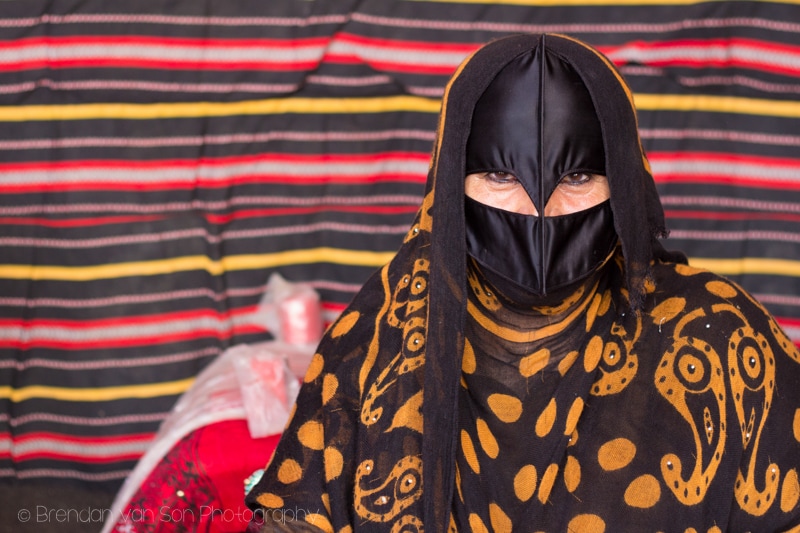 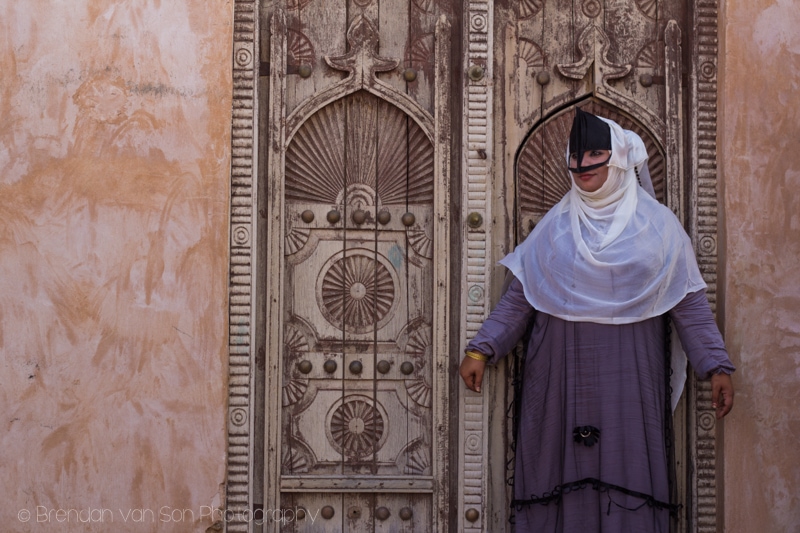 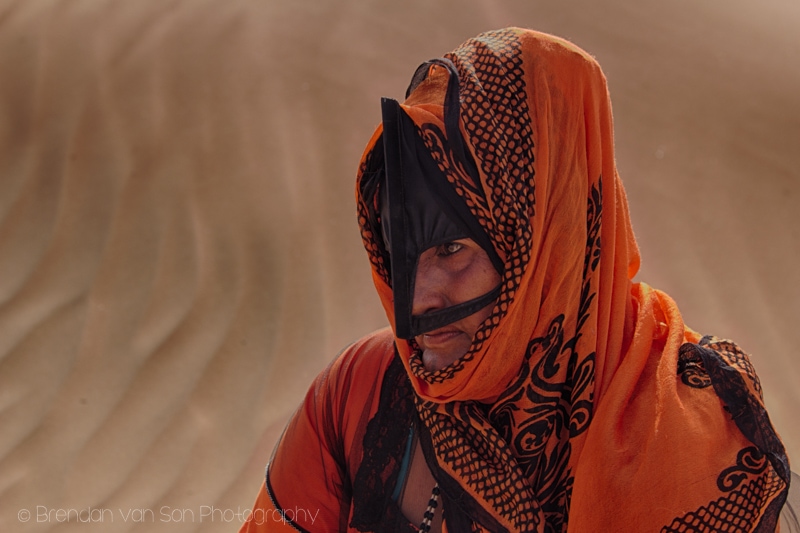 Before sunset, we headed into Wahiba Sands to take some of those typical desert photos that I love taking.  To be honest, it was a bit of a mission.  With 14 other photographers on the sands, and a number of vehicles racing around, it was difficult to take a clean photo.  I found a piece of clean sand and a lonely tree and just set up there to take some pictures, but the light kind of went bad on me.  It was a bit dull, and harsh.  Still, I got a couple decent shots, I think. 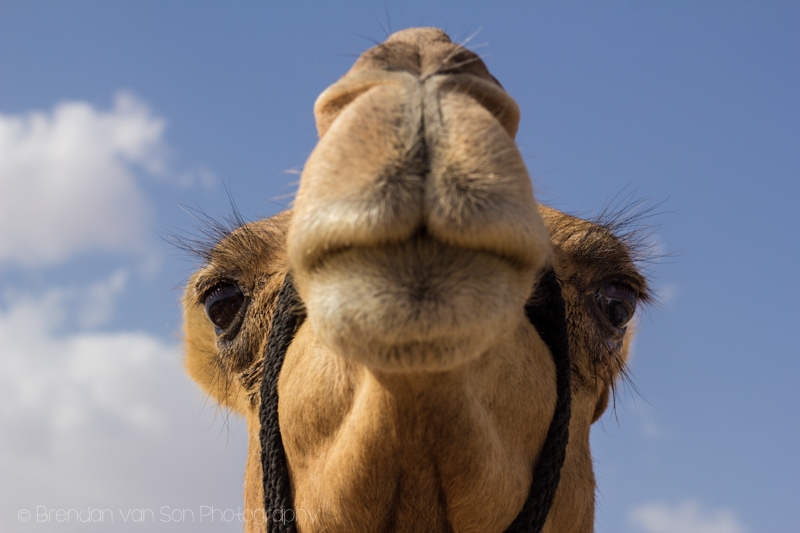 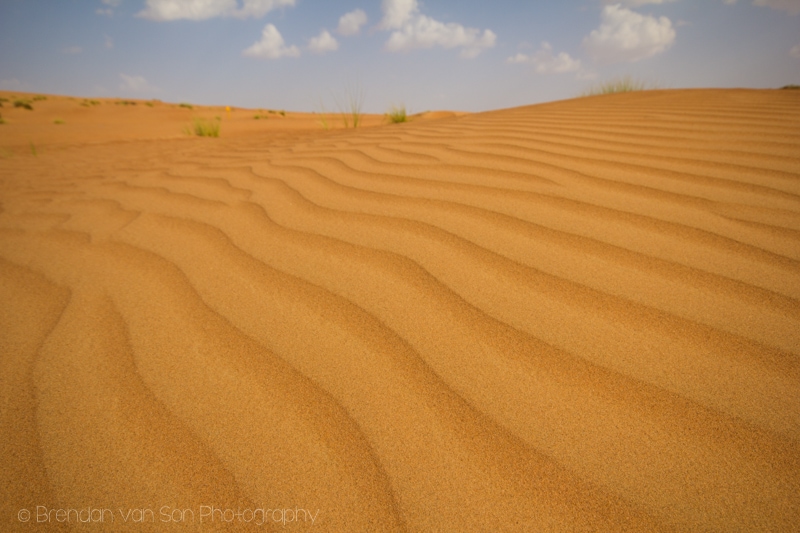 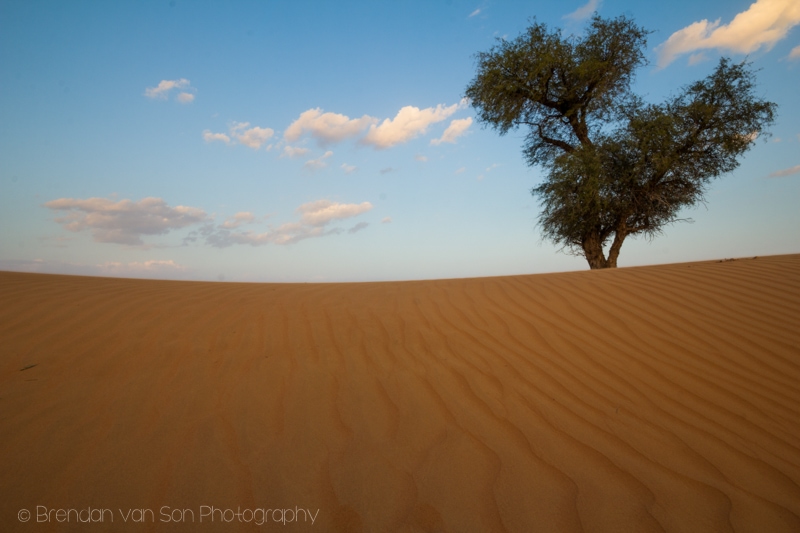 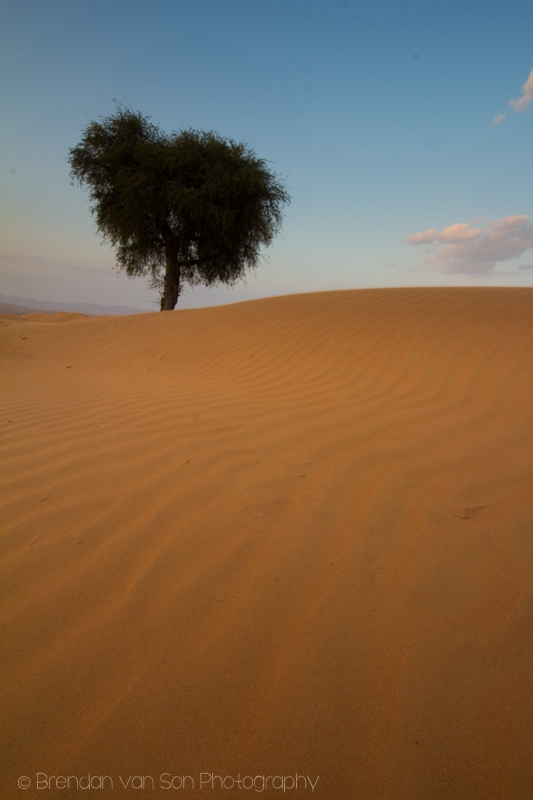 After dark, however, Tiffany and I headed up the dunes to see if we could get some star photos.  We saw a nice line in which the light from the camp was creating a beautiful contrast showing the snaking of the dunes.  It made for a beautiful sight even if the stars we far too faint, and there was too much light pollution to make good use of the scenes we found. 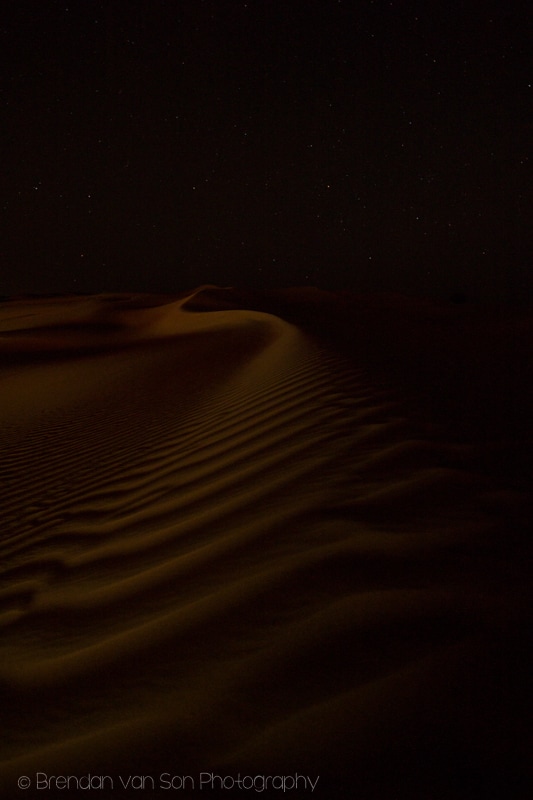 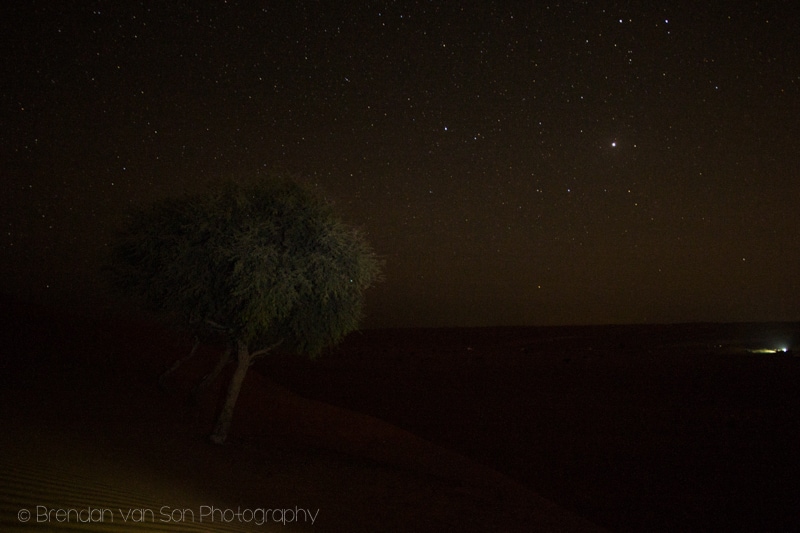 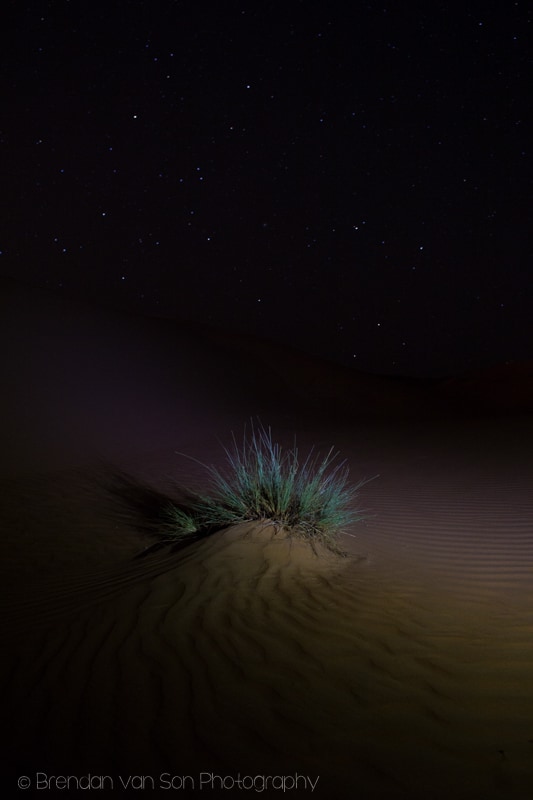 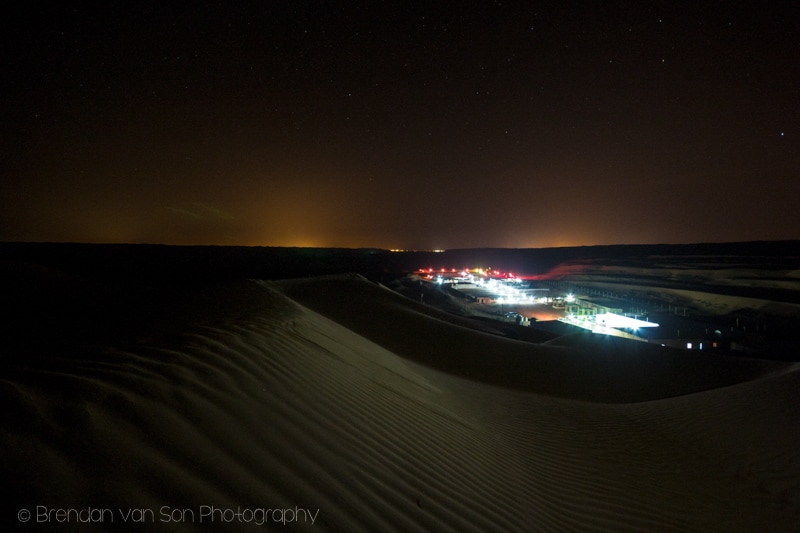 Anyways, Wahiba Sands is another one of these places I’d love to get back to in Oman.  We’ve been rushed around this country a little bit and keep spotting these great places to shoot, but are whisked away the following day.  Our next destination on the trip is Sur, a place that will quickly become a favourite shoot destination.