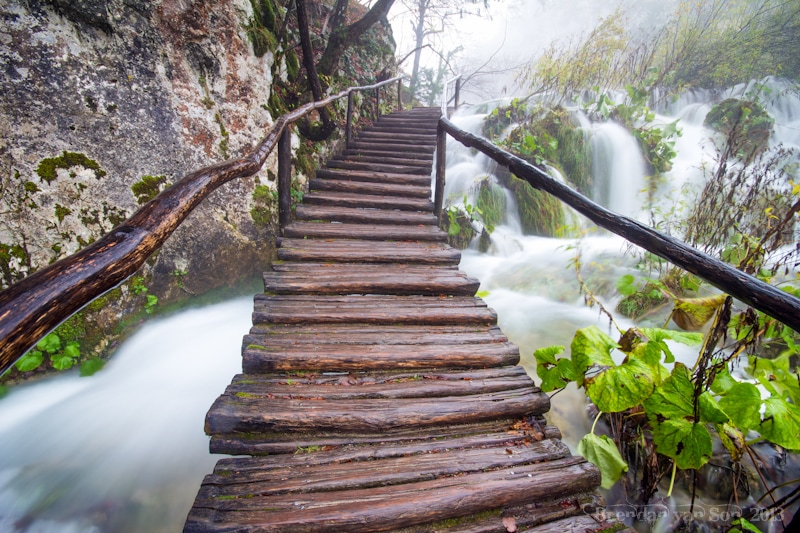 Plitvice Lakes is a Beautiful Mess

Of all the places I had been looking forward to in Europe, Plitvice Lakes was the most anticipated. Beautiful images of Plitvice Lakes have been circulating around the internet for years now, and i had been dying to get a photo or two myself.  However, when i got there my fun was saddled by rain and disorganization; but mostly disorganization

With only about 6 hours in the National Park, I was hoping to make the most of my time. Instead, I spent my time navigating the obstacles of the park’s complete lack of organization.  For a place that grabs so much money, the park is managed embarrassingly.
When we entered the park, the information woman offered an itinerary featuring long walks on the road away from the falls. The map that was handed out was out of scale, showed no distances and offered no information at all.

Along the trails themselves, things were even more miserable. Many of the paths were submerged under water due to rains, but there was no signage in place to warn people. You could walk 20 minutes and be forced to return. Moreover, the signage on the trail gives no indication of distance or time walking the points indicated. Tourists have no idea how long it will take them to get from point A to point B. 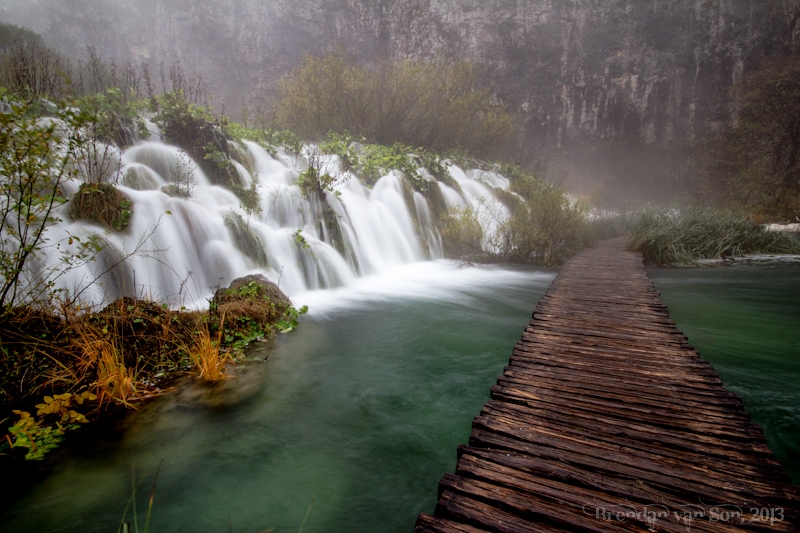 There is a bus that runs occasionally up and down the park, but even that is borderline disgraceful. Rather than stopping at points of interest along the trail, it basically just goes to the start and finish. Tourists are offer left to walk long distances on the road or hope the bus driver is nice enough to drop you off somewhere, and he wasn’t willing when we were there.

There is no doubt that Plitvice Lakes is beautiful. But for the 6 hours I had in the park, I would guess that no more than an hour and a half was spent in points of interest. The rest was spent trying to navigate the system and getting between places. I honestly felt like I wasted a chance to see one of the most beautiful places in the world, and that’s a shame. 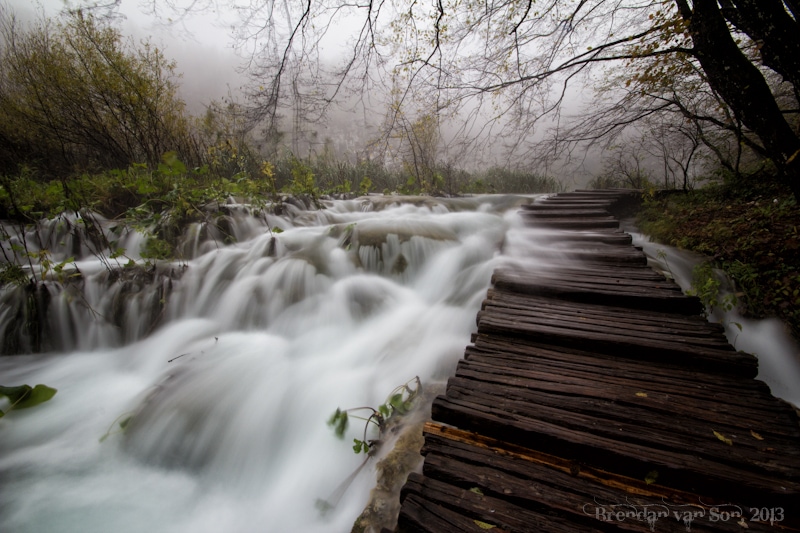 How Plitvice Lakes Needs to be Improved

My Advice for visiting Plitvice Lakes in a Day 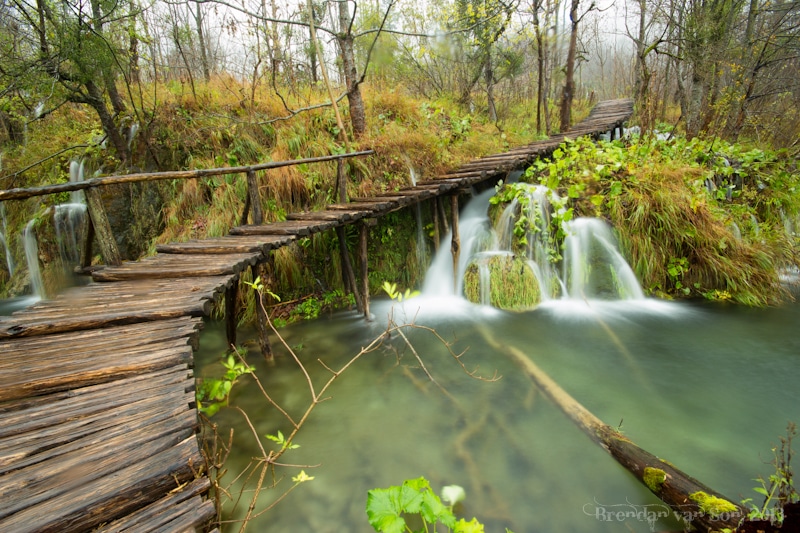 Obviously Plitvice Lakes is amazing and worthy of the attention it is getting. Even with the rain and fog, I was amazed at the parts of the National Park I saw. However, for a National Park parading itself as a world class destination, it is more poorly organized and operated than most other parks in the world. I’d love to visit Plitvice Lakes again knowing what I know now, but visitors deserve better value for what they are currently paying.

National Park fees are meant to go towards the preservation of the park and the improvement of park facilities.With over 1.1 million visitors each year, an adult ticket costing about $15 in the low season and $20 in the high, one can estimate the park brings in a gross of around 12-15 million USD a year, and they can’t afford signage or maps?  At Plitvice Lakes, one has to wonder where the vast amounts of money that are dropped into the park are going now, because it certainly isn’t going back into the park’s preservation and it’s infrastructure.