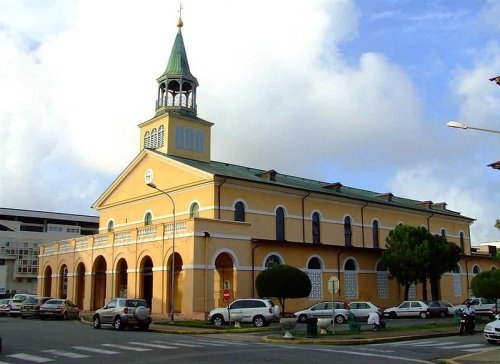 Putting my Finger on French Guiana 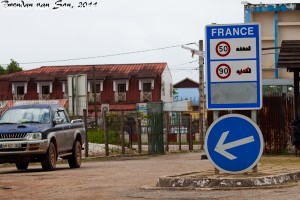 This way to France

“Bienvenue a la France,” the border official says as he greets me with an ivory toothed grin, as I arrive from Brazil in a dugout canoe. Dressed immaculately in the garb of a french police officer, he wears a perfectly groomed moustache which glows bright grey, in perfect contrast with his wrinkled black skin. “Have a nice day.”

I leave the border office in slight confusion, and head towards the highway nearby where I plan on hitchhiking my way to the French Guianese capital of Cayenne. On my brief walk, I pass children chasing a soccer ball as they laugh and yell instructions at each other in colourful creole. A couple of ladies walk by me carrying woven baskets on their heads while dressed in traditional dresses which are light both in material and colour. They giggle as they pass me while whispering something quickly under their breath. 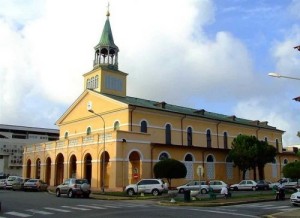 “France” I laugh to myself as I think back to the border official who checked me in at the border from Brazil “yeah, right!”

Eventually my thumb finds a suitor as a mini van packed with goods from top to bottom stops by the side of the road. After a quick conversation in French I agree to pay half of the gas bill in exchange for a trip to the Cayenne. As the van cruises far too quickly towards the capital, we wind our way through thick coastal rainforest entrenched in rich red soil. We occasionally pass houses built on stilts of which older ladies on stilts sit below weaving or cooking dinner.

Eventually we approach a road block, and the first indications that we are somewhere even remotely related to France. A team of caucasian men dressed in formal French police gear come to the window to check our identification. As the young officer passes back my passport again he says “bienvenue a la France” and we roll away while listening to the latest news in French politics. 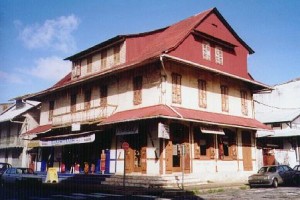 I couldn’t feel farther from France then in these moments, which furthered my personal location crisis. The van rolled into downtown Cayenne a couple hours later and I handed the driver a crisp 10 Euro bill and wandered out into this oft-forgotten South American capital. The buildings are not traditional colonial Spanish like elsewhere on the continent. Instead they have a much more Caribbean feel. They are rich in a colour that has been obviously battered by harsh rains and winds. Instead of brick or cement most are built by basic planks of wood bordered by thick panels.

The feeling of Cayenne isn’t really Caribbean either though. The restaurants that operate near the square are not Caribbean nor are they French; they are East Indian, Middle Eastern, and Chinese run scribed with foreign lettering to compliment the French.   It is completely possible in Cayenne to sit on the street and enjoy a typical French crepe while listening to the Chinese owners ramble conversations spoken with the colourful of Creole tongue.

I walk away from the downtown no less confused. It is as if a section of France had been plopped down into the middle of the Caribbean overnight and no one had even noticed it happening. French rules, French infrastructure, and a feeling that something is completely out of place, as if someone had finally managed to squeeze that square block into the round hole. French Guiana is not exactly high on the radars of most travelers, but I’m sure that the adventurous few that do will enjoy the challenge of trying to crack though the various confusing cultural layers of this Caribbean/South American/Asian/French country.