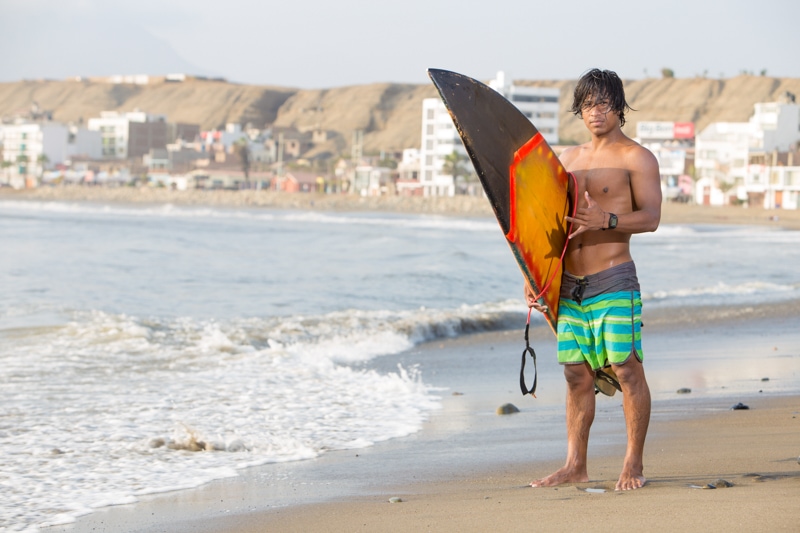 Recovery and Ruins in Huanchaco, Peru

Northern Peru weren’t exactly kind to me.  In Mancora, I picked up a nasty stomach bug from a hamburger.  So rather than spending the 3 days there surfing, eating ceviche, and laying around on the beach, I spent it on the toilet, and letting anti-biotics wage war in my body.  So, by the time I got to Huanchaco I was feeling really itchy to go out and take some pictures, and explore a little bit.

I’ve been to Huanchaco about 6 or 7 times before.  It was a stop on the tours I used to lead in South America. But, like so many places in this part of the world, I never really photographed it properly.  Thus, I was pretty stoked for the opportunity to wander around town, along the beach and into the Chan Chan Ruins to take some images.  This is what I got up to.

I used to lead tours through these ruins, and have always thought they were underrated.  I think one of the reasons the Chan Chan Ruins are pretty under-visited is because they really aren’t that photogenic. That said, they are one of the most important pre-Incan ruins in all of Peru. They are also absolutely massive.  The Chan Chan Ruins are the largest adobe city in history.  And, I think the most impressive part of it all is that they sit just a couple hundred feet from the ocean.  The scale of these ruins is incredible.  How amazing would it have been to see this sand city when it was still being lived in by tens of thousands of people? 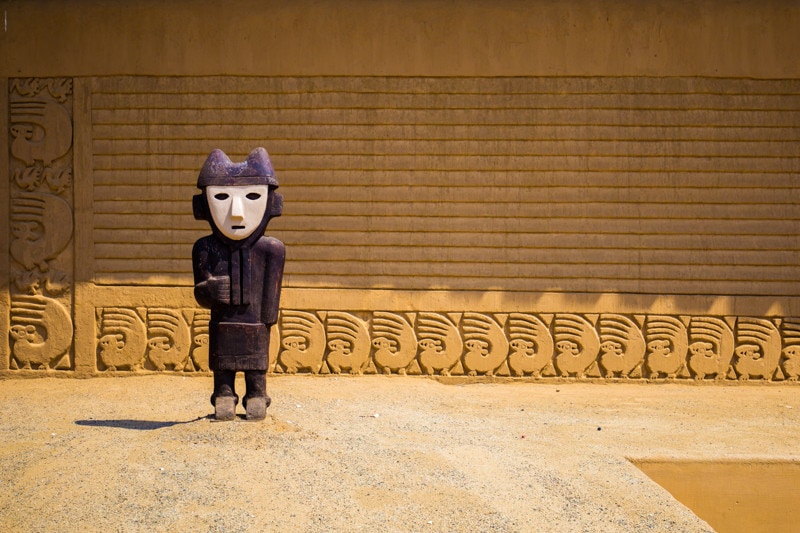 A Guard at Chan Chan 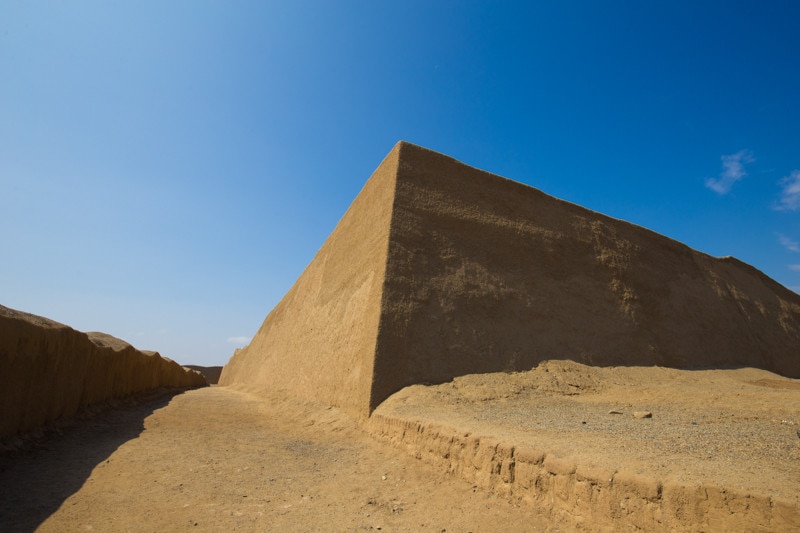 One of the massive adobe walls. 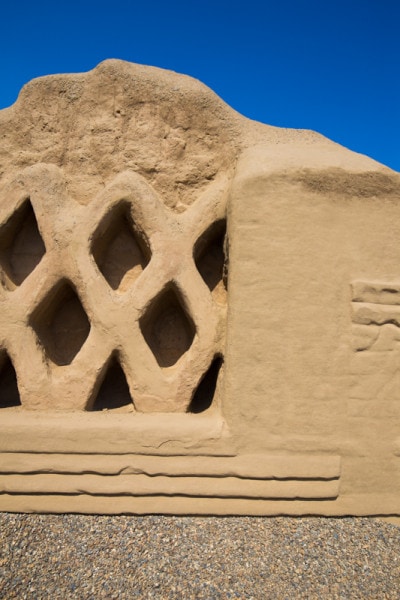 One of my favourite things in Huanchaco is that the fisherman ride canoes made out of reeds.  The caballitos de totora, or reed horses, are very iconic in this part of Peru.  Nowadays, of course, lots of the fisherman simply wait on the beach for tourists to come by and offer them photos and rides for a small fee.  However, some still do use the boats to fish.  In fact, sometimes you can even catch the fisherman surfing the waves. 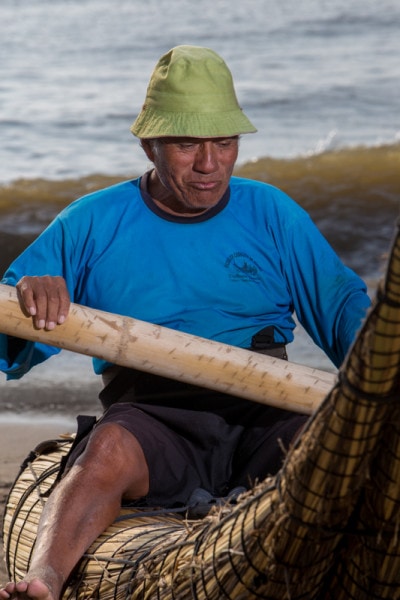 A Fisherman poses for a photo. 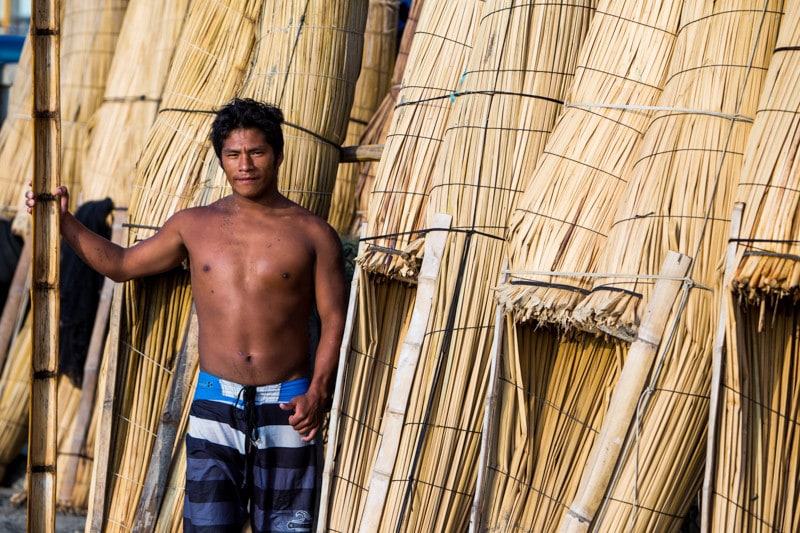 A fisherman ends his day in the late afternoon. 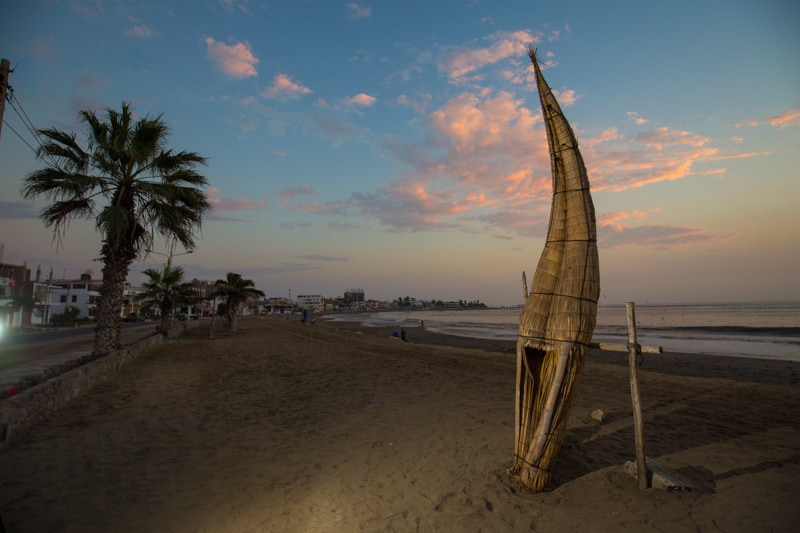 A caballito de totora at sunset.

Portraits on the Beach

I keep mentioning that my goal for the year is to take more portaits.  So, I took an afternoon along the beach and out onto the pier in Huanchaco to attempt some portraits.  I even dragged one cactus flash and used my 3 Legged Thing Tripod as a flash stand.  Most of the locals were really good in letting me take their photo.  In fact, none of them turned me down at all.  What a difference to the highlands and Andes where the locals do not like having their photo taken.

I’m still getting the hang of the lighting situation of portraits using an off-camera flash, I have to say.  Quite often I forget that I have a maximum shutter sync speed of 1/160sec. on my Canon 6D.  That means that I can take shutter speeds faster than 1/160sec. or I’ll get a band of dark in my image where the shutter curtain is blocking the sensor.  I made some mistakes on the beach of Huanchaco.  But I also think I did some cool things I would have been able to do before without an off-camera flash. 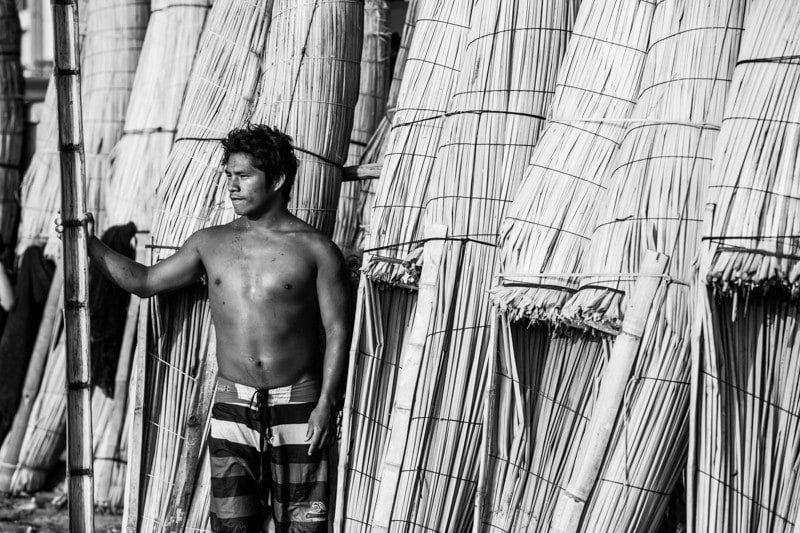 This fisherman was a great model. Also proof that the background/scene to a portait is as important as anything. 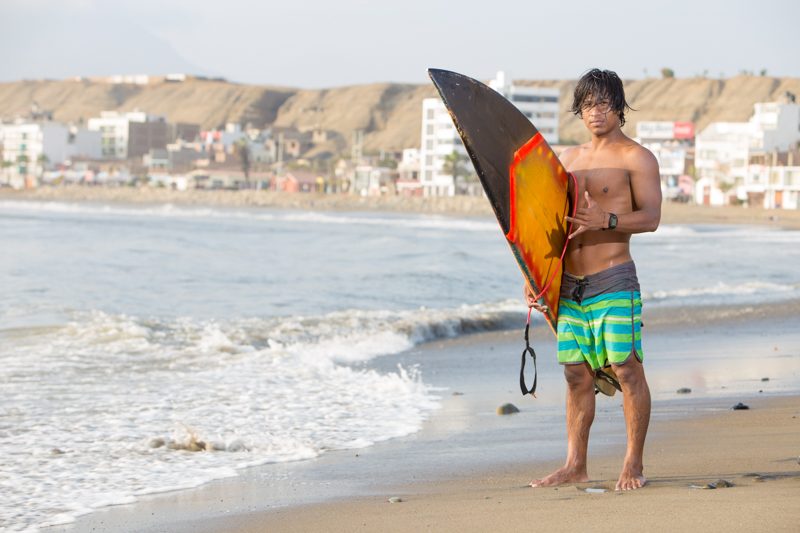 I stopped this surfer for a photo right out of the water. Great scene and model. 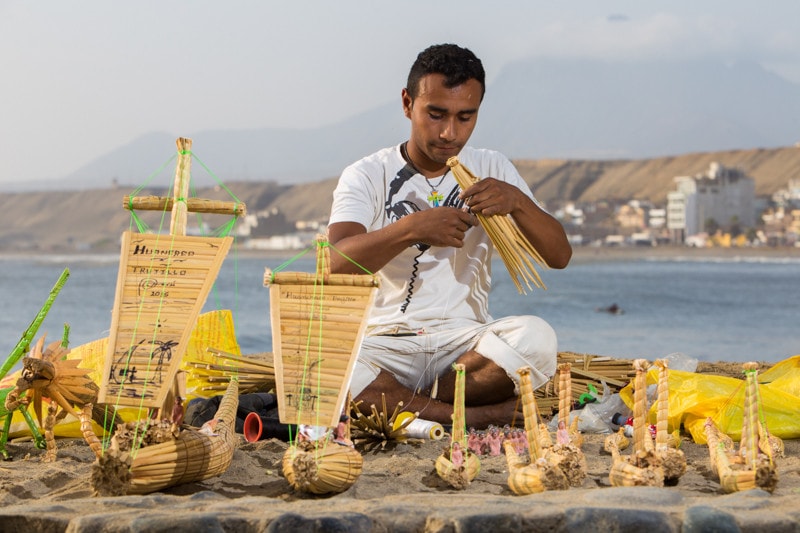 This guy was making reed souvenirs by hand at the pier. 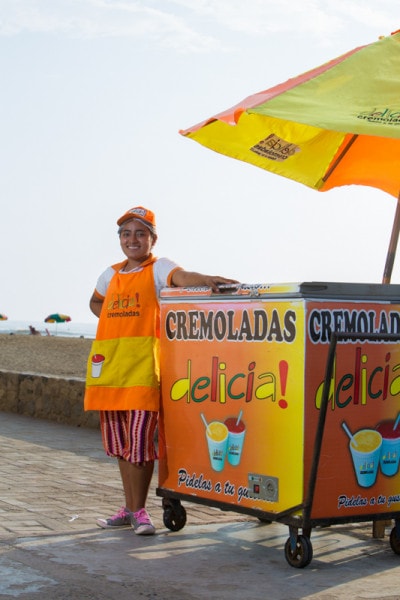 Ice Cream!! This girl was the shiest model, but with all those colours how could I not take a portrait? 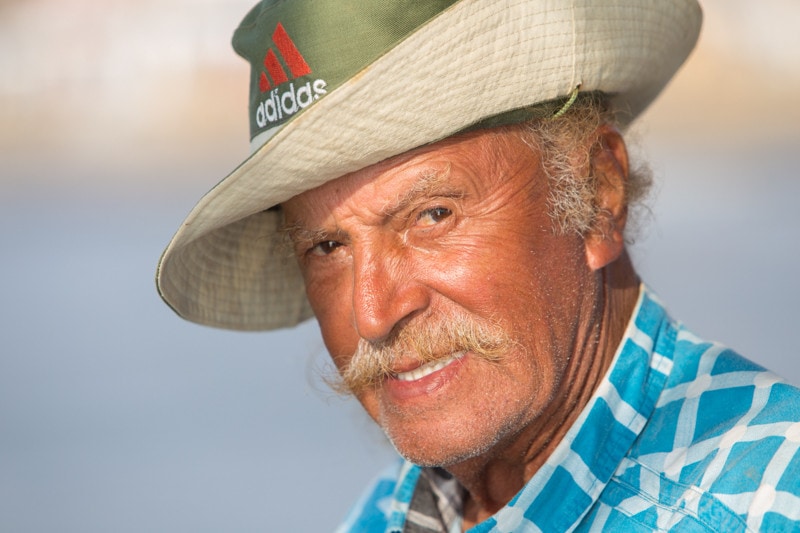 A Spaniard who comes to Huanchaco every year for vacation and to fish with the locals.

I’ve had some changes in my life, so I’m going to have a “behind the lens” article about that.  Then, I’m off to Bolivia next week.  The plan is to spend a day or two in La Paz organizing my next photography workshop, and then I’m going to head down to Santa Cruz and Rurrenabaque.  I’ve not been to either of those places and it should be interesting.  My big goal on this trip to Bolivia is to see some wildlife and culture in the Amazon region.  In particular, I want to finally spot a wild jaguar.  As usual, plenty of adventure coming up. Stay tuned.