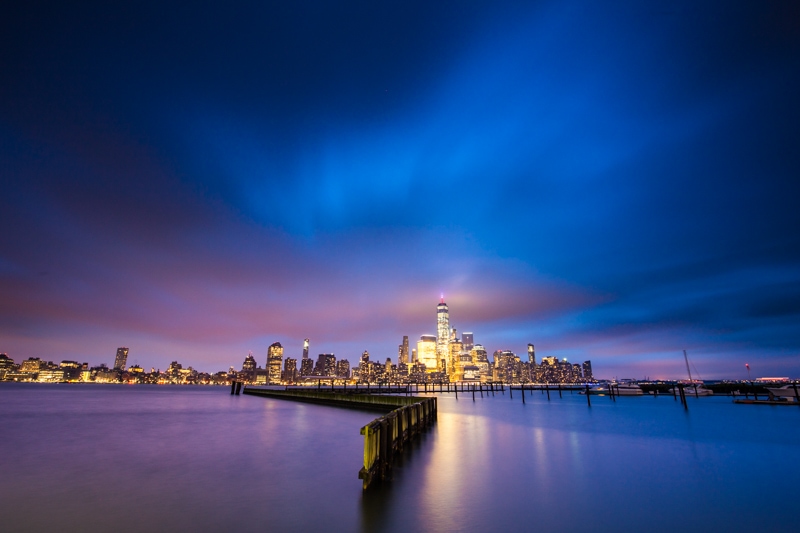 Round Up: Albert, My Jersey Girl, and The Cutest Human Beings in the World

This is the first installment of the new format on my blog.  Last week, when I announced that there would be a change in the format, the response on social media was very positive  I think people really like having a space where I share, as personally as possible, what’s going on in my life.  And well, yeah, you can always go to my vlog to watch the videos, it’s nice to have a space where things can be rounded up on a weekly basis.

I think it gives people who might not have time to check out the vlog every single day a place to come and pick and choose through my previous week’s adventures.  Thus, this is essentially the first week of the round-up style travel blog.  And, of course, if you want, you can always follow me on social media like instagram and snapchat (both brendanvanson) to really stay in touch.

I got a new tripod sent to me a couple days ago from my friends at 3 Legged Thing.  Albert, which is their new premier tripod is my latest set of sticks.  To test Albert a bit, I decided to take him out to Jersey City and photograph the skyline of New York City.

The quick review on Albert is that it is the best tripod I’ve ever used.  I have used two other 3 Legged Thing tripods in the past, and both were good. But, both were also only nearly perfect for me – Albert is perfect.  It’s so incredibly versatile, as well as being sturdy and lightweight. That’s a combination hard to achieve in a tripod.

Oh, and that Manhattan Skyline?  It did look alright, didn’t it?

The Best Spot on The Jersey Shore

Back on my birthday, Erin took me up The Jersey Shore.  I wanted to see the cheesy/strange parts of The Shore.  We went to places like Seaside Heights, but also got to Long Branch and Point Pleasant, I learned that The Jersey Shore isn’t all bad. So, when Erin told me that she had some friends in another part of The Jersey Shore – a place called Long Beach Island – I jumped at the chance to go and explore it a bit.

Long Beach Island, it turns out, is fantastic.  It feels nothing like the other places on The Shore that we visited. In fact, I think it feels more like what I’ve heard The Hamptons to be – without the mega-mansions, though.  We spent some time visiting Erin’s friends, did some beach lounging, and went out for cotton candy ice cream – which is surprisingly fantastic.  We also stopped in a place called Asbury Park which is great. It kind of feels like Brooklyn by the beach.  It’s part city, part cool NYC borough.

In my life, the word “normal” hardly exists.  Sure, I’m just a normal guy, but my lifestyle doesn’t really lend to “normal” anything; especially not normal relationships.  Since I started travelling, I’ve dated a lot of different girls. Most act like they’re cool with me travelling for a good portion of my time at first, and then get really clingy and dependent. I think maybe it’s the nature of dating an adventurous soul, you’re always worried they’re going to leave, so you cling tighter than you normally do.  But, like trying to clench smoke in a grasp, all that does is force the fumes to slip through your fingers.

Relationships need to have balance, and they need to have trust. I think, in the past, my relationships have had lacked one or the other.  It’s hard, of course, to find that balance when you’re away for weeks, sometimes months, from the person you’re dating.

Thankfully, Erin is a lot like me. She needs her space. In fact, she thrives in her own air.  She’s so wildly independent, and such a free-spirit, that there are times she’s just going to want to be alone.  The fact is, that works really well for me.  I’m very much the same.

Though I love spending time with Erin, by the time I left New Jersey, I know we were both looking forward to some alone time.  A relationship like this can be a bit overwhelming. We’ve only been dating less than two months. In a relationship that new in a “normal” situation, you might see each other 3-4-5 times a week, and maybe just a couple hours each time.  When dating a traveller, you go without them for weeks, and then when you have them you’re around each other 24 hours for days on end. It’s a strange situation, and definitely can be overwhelming, especially so soon in a relationship.  The thing I like most about Erin, though, is her spirit, and it needs to have it’s space to grow.

On our last day together in New Jersey, Erin took me up to one of her friend’s farms which was really cool. The farm, called Fresh and Fancy Farms focuses on floral as well as farm-to-table dinners and events.

**Note: I’m trying to be as open with this space as possible. I want the blog/vlog to show every aspect of life as a travel photographer, not just the glamourous-ness or work.  So, I apologize if it’s getting a bit to personal.

The Cutest Humans in the World

Erin dropped me off at the bus station and I caught a mess of buses to get to Toronto – well, Oshawa actually.  The bus ride was fairly torturous, as it turned out to be a Greyhound and not the luxury-style night bus I thought I had booked. But, I made it through, and the reward at the end of the journey made it all so worth it.  My sister lives in Oshawa, and she has twin nearly-4-year-olds.  They are easily the cutest humans in the world, and I love spending time with them.  I really wish I could be around more often, but that’s the nature of my lifestyle.

In the future, I’ll find more time to be around.  I just spent so many years struggling to earn a living, that sometimes I feel like I need to work 365 days a year to get by still. But, with the business side of things becoming more and more consistent, I can definitely afford to slow down a bit and give back some time to my family members who haven’t gotten it over the years.

This next week is going to be a bit wild, and honestly, I don’t know how much time I’ll find for work.  I’m heading back to NYC this is posted. I’m just there for a day. Then, I’ll be hoping flights to Calgary and then Victoria.  My best friend is getting married this summer, and it’s his bachelor weekend out on Vancouver Island.  So, I’ll be out on the island for a bit. I love Victoria, and the island in general, it’s one of my favourite places on the planet.  Afterwards, I’ll be flying back to Toronto as I have a big project lined up, that’s going to be so much fun!

Stay tuned, lots of adventures on the way.