They say that Valparaiso, Chile is a photographer’s dream destination.  It is lined with interesting paths and steep roads.  The walls are covered in the rich colours of graffiti.  The houses hang vicariously over the hills of the city and are painted in faded shades of yellow, blue and orange.  I set out this morning to try to catch some of these shots before the people, taxis and buses began to dominate the scene.  However, it was the moment when I arrived at the central market where the city really came to life.  I asked the first two or three store owners if I could photograph their stock, but within minutes all their neighbours were begging for photos; each shop owner sharing a larger smile than the one before.  I decided, at that point, to dedicate a photo essay to the market of Valparaiso and the people that run the shops. 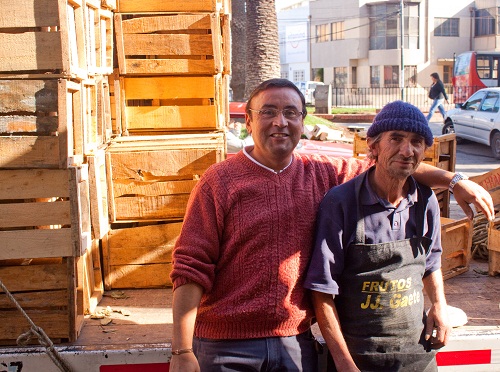 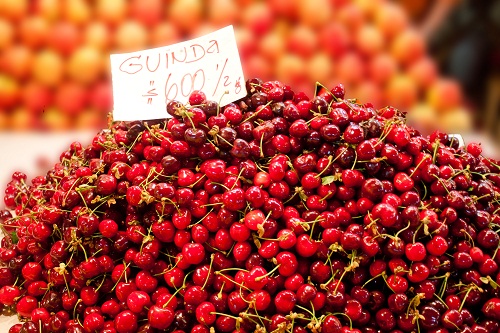 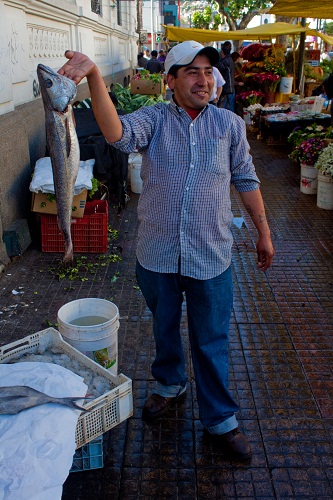 This guy was a joker, and made sure I wasn't going to sell the image to Playgirl 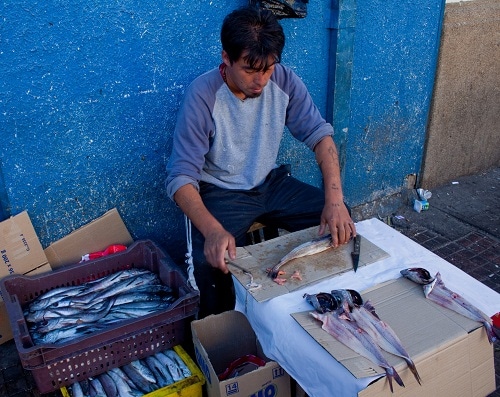 Slicing up some fish 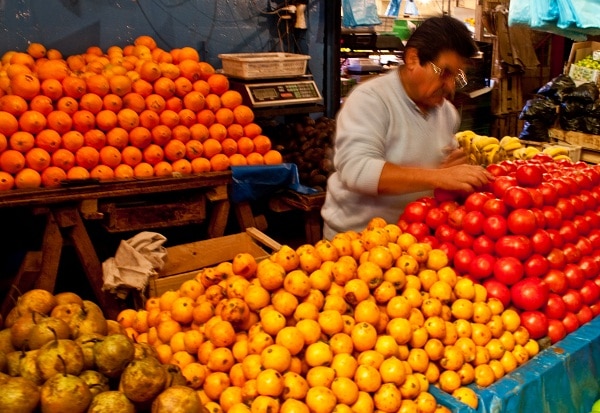 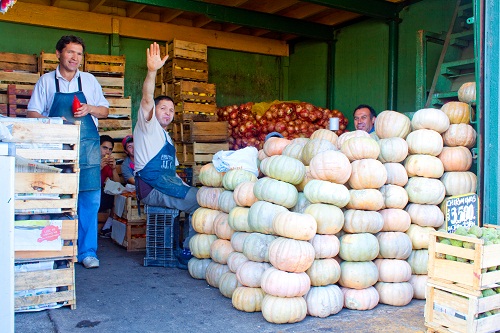