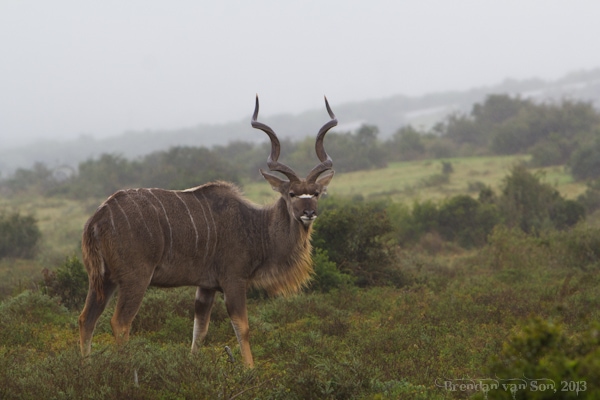 My South African roadtrip has thus far taught me that I know very little about South Africa.  It’s shown me the beautiful rugged coast, Robberg Nature Reserve, and even a train hotel.  Thus, as I head to Addo Elephant National Park, I feel like I’m about to head to a part of this country that I understand, a place with big game. 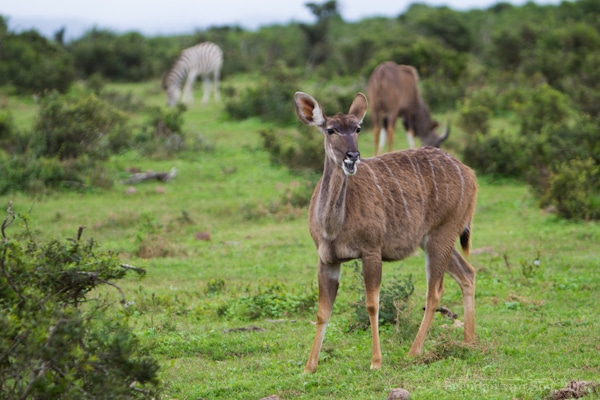 Addo Elephant National Park is special for the fact that the elephants in the park are coated in the red earth of the region rather than the usual greyish-black.  But that doesn’t make much difference to me, my tiny Fiat 500 is so small that I can’t see above the thick green foliage.  There are signs of elephants everywhere.  And by signs I mean, there is elephant shit everywhere.  The droppings almost work as speed bumps throughout the park.  But the only time I see an elephant is when it darts between the brush scaring my own version of shit right out of me. 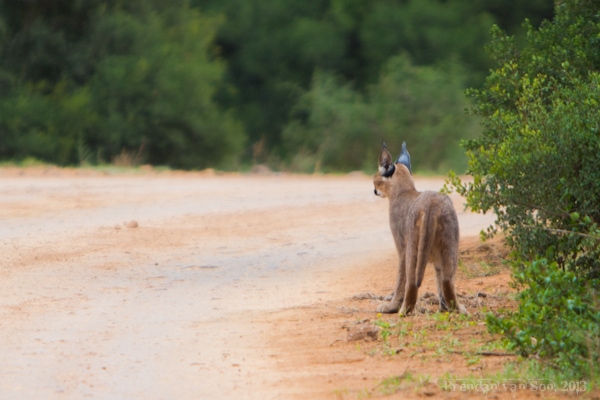 Taking a safari in the brush covered Addo Elephant National Park in a car the size of a zebra may not have been the best idea, but it does have its advantages. For one, it is so quiet that quite often I sneak up on the shier animals.  At one point I spot a caracal on the road.  It stops and looks at me for a moment.  I take a few blurry photos and it takes off again into the brush. 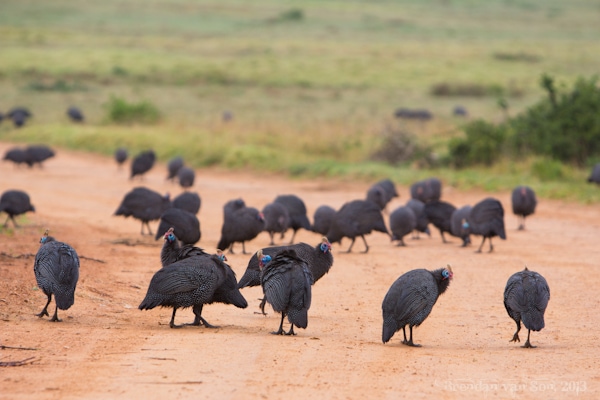 Guinea Fowl on the road in Addo National Elephant Park

Perhaps contrary to the title of the national park, for me the biggest stars of the park are not the elephants but the smaller animals.  It’s actually the zebra and the kudu that spend most of the time fighting for my camera’s attention.  They contrast so brilliantly against the bright green bush and the greying sky.  Occasionally too, a business of mongoose will chase across the road nervously nibbling at seeds on the dirt floor.  Though the waterholes are quite tame midday, a jackal stops at one while I watch it take a quick drink before disappearing again covertly. 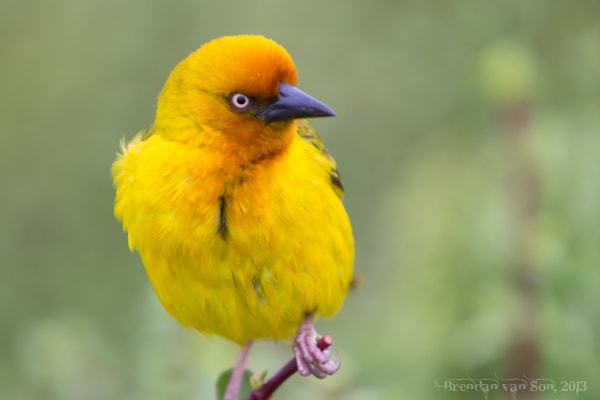 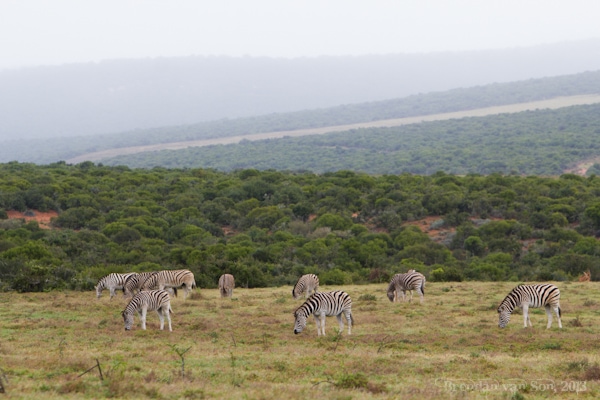 A dazzle of Zebra in Addo National Elephant Park

Once again, South Africa has shown me that I shouldn’t have expectations.  Perhaps this country is misrepresented, or perhaps I am just terrible at understanding what I should expect, but Addo National Park turned out to be a perfect day safari, and a completely unique experience to any of the many other safaris I’ve done.  In fact, though I didn’t see any big game, aside from the elephants, this was perhaps my favourite safari day, because I had this park all to myself.