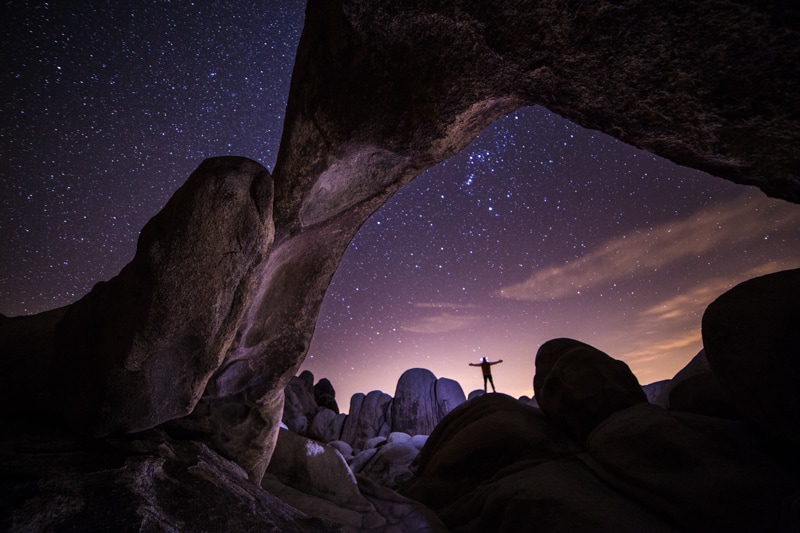 I love being based in Phoenix. While there’s not a massive amount of things to do in the city itself, it’s surrounded by really cool locations all within about a 4-5 hour drive.  One of those places is Joshua Tree National Park.  It’s a place I’ve been wanting to go back and shoot under the stars for a while now.  So, while here in Phoenix, I’ve been checking the weather and the moon cycle for the past week waiting for a dark night with clear skies.  As soon as a clear night came, I jumped at the chance to make the 3 hour drive to the park to shoot the stars.

Another one of the reasons I wanted to make the run to Joshua Tree was because I got a new lens.  I picked up the Rokinon 14mm f/2.8 lens which is a bit of a specialty lens for star photography.  It’s manual aperture and manual focus, but at an aperture of f/2.8 it’s great for star photography.  And, at only $290 it’s not a heavy expense either.

Overall, I’m really happy with the lens. It’s sharp and crisp, and from a technical standpoint I haven’t noticed any major issues of vignetting of chromatic aberration.  I’m very pleased. Although, I do want to use it a few more times before I come to any conclusions. 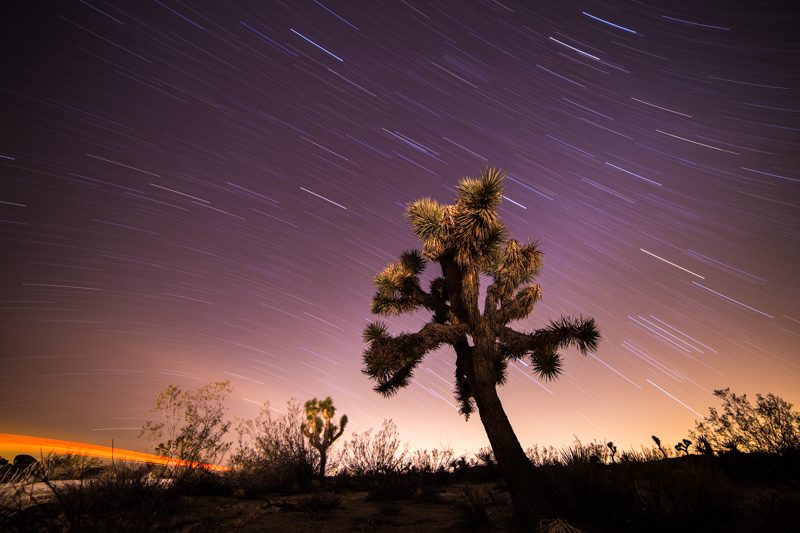 I feel like star photography is one of the skills where I still have a lot of growing to do.  So, I love heading out and shooting the stars because it’s always a learning experience.  On this trip to Joshua Tree, I really focused on putting myself in the frame as often as I could.  So, I set my camera up on an intervolemeter and raced around to different parts of the image to capture myself in the scene.  I’m so incredibly happy with how they turned out.  Especially this first photo.  I shot it on December 26th, and I think it’s my favourite photo of 2016.

I’ve got a lot of new gear coming, so look for some reviews as well as some new vlogs.  I’m only in the Phoenix area for a week longer, and I have a few more areas I want to explore. Then, I’m off to Colombia for 2 weeks before heading back to Europe.  After a couple weeks of catch up over the holidays, it’s about to get busy again.