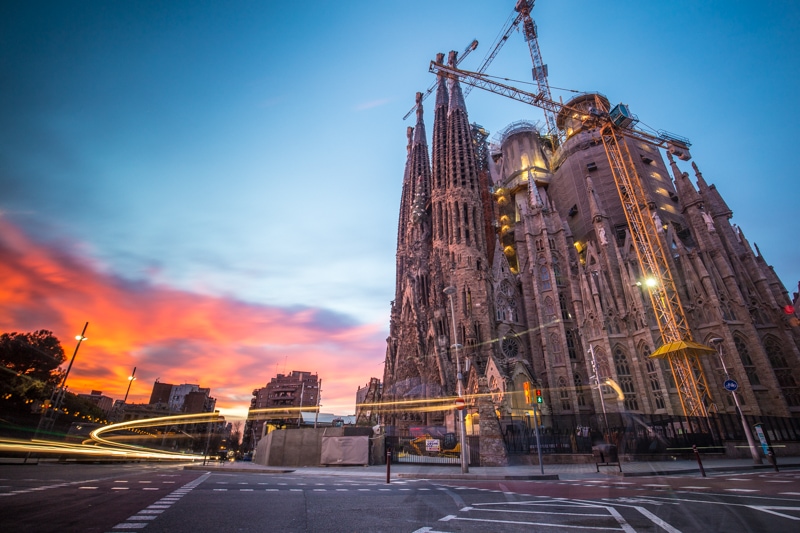 Sky went on fire for a bit!

Some Days in Barcelona

With less than a week left in Spain, I was kind of left with a choice. I could head to Granada and Ronda and try to shoot both locations, or I could go to Barcelona and take things a little bit easier. And while I’d been to Barcelona before, and both Granada and Ronda are places I’ve been wanting to photograph for ages, with a busy travel schedule coming up in The Philippines soon, it didn’t make much sense for me to race all over southern Spain for a couple days.

So, I headed to Barcelona. 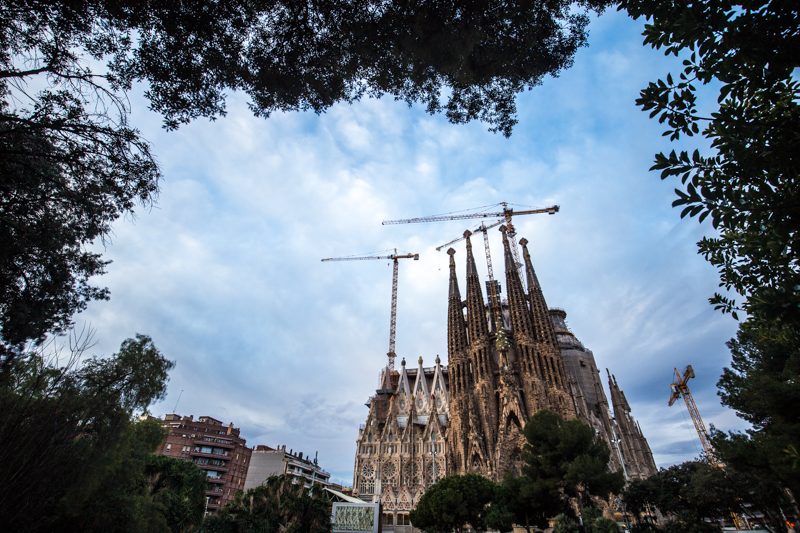 I’ve been to Barcelona before. But, it’s been over 5 years since the last time I was there. So, I wanted to spend a day to just wander around and get situated a bit. I also wanted to location scout a couple spots that I had been thinking might make for good photo spots.

But, in classic Brendan-style, I was a little bit ambitious.

My plan was to scout 4 different locations in Barcelona:

The total location scout would cover a walk of over 7km, one-way. And, I only gave myself about an hour and a half to do it all. Like I said: ambitious. And while I did get way behind on my schedule to explore as well as shoot video footage, it was a nice walk around.

In the vlog from the day, I also talk a lot about the business side of my job. Don’t get me wrong, I love my job and wouldn’t trade it for anything. But, I think it’s important to relay to people that my job is about more than just going out and taking pictures in cool locations. It’s about more than just exploration and adventure – it’s a job. And, like any job there are parts of the business that you’d rather avoid. I spent about 8 hours on this day in Barcelona trying to arrange meetings at a conference I have in March in Berlin. Honestly, my eyes nearly fell out of my head after spending that much time staring blankly into my laptop.

Is there a more interesting building in Europe? Basilica Sagrada Familia is just stunning. And, while most people might find themselves a little bit annoyed with the constant presence of cranes and scaffolding, I think it kind of lends to its charm. It seems like the building might never be completed, and that’s kind of part of the fun.

On my second day in Barcelona, I spent the entire day photographing Sagrada Familia. Essentially, I shot 3 different locations at 3 different times of day.

If you’re planning on photographing the inside Sagrada Familia, I recommend either getting there early or waiting until the late afternoon. Also, book your tickets online as they give timings for you to get into the building. It’ll save you from waiting all day to get in.

Once inside, you’re not allowed to use a tripod. Luckily, there’s lots of light, and I managed to get by shooting ISO 1600. You don’t actually need as much time to shoot the interior. And, most of the photos are pretty obvious. Look for the details in the roof of Sagrada Familia. I also found shooting wide lead to the coolest images.

I kind of messed this up. I planned on climbing up to Parque Guell to photograph Sagrada Familia from a distance and above. But, I went to the wrong place at first and didn’t get to the view point until after the sun had already set and the light was pretty flat. However, if you’re looking for this type of shot, it’s definitely possible up here with a tele-photo lens.

As a bit of a bonus, I guess, to this post. I wanted to share a video I shot about pitching your photography business.

Pitching is something I get asked about more than anything. How do you find clients? How do you convince them to work with you? Etc. So, I wanted to put it all into one place so that I can lead people to the answers all in one place.

I also put together a quick pitching template. You can download it here.

I’m currently on the train heading back to Madrid. Tomorrow, I have a flight to Manila, Philippines via Dubai. I can’t tell you how excited for that trip I am. I don’t spend that much time in Asia, so I’m really looking forward to the adventure and something new. To follow along with the daily vlogs from The Philippines, be sure to check out my YouTube vlog.