Today I am putting to an end the age old battle of which country is better: Brazil or Argentina.  I would, however, love to hear your opinions on the matter as well!

This is my favourite battle in the world.  I love how if you go to either Brazil of Argentina and ask who is the greatest footballer ever they just look at you as if you’ve come from mars and have just asked the stupidest question ever.  “Maradona” “Pele” they all say with a tone hinting at your stupidity.  But let’s face the facts, Pele was better.  And how can someone justify cheating to win the World Cup by saying that it was god’s hand?  No it wasn’t it was yours. 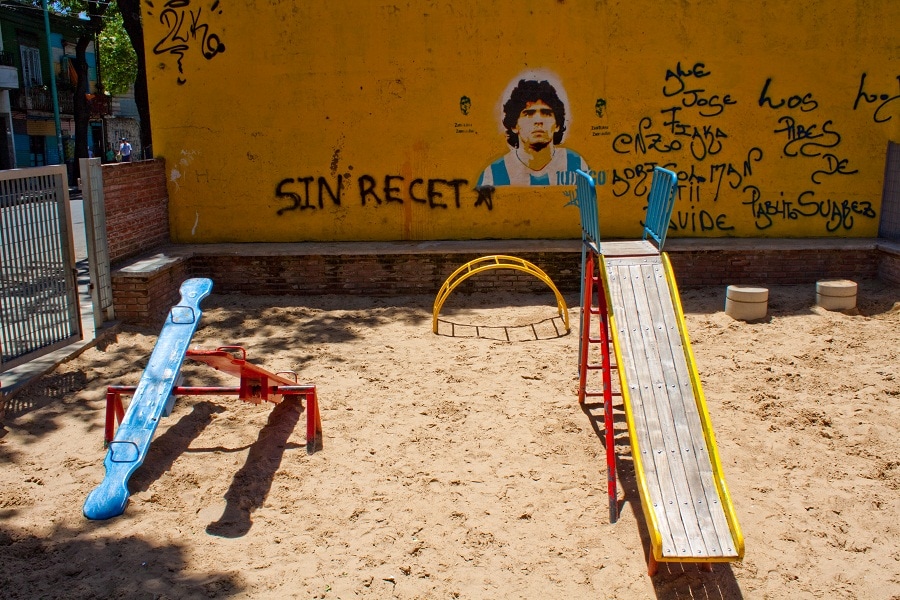 Maradona is everywhere… he even watches your children as they play

I wrote an article on this, so you already know my opinion on the matter, based on the fact that the article was called “Dear Argentina, the Brazilian Side is Better.”  However, if you look at the falls themselves, most of them fall on the side of Argentina.  Essentially, from the Brazilian side you are looking over at the falls coming down on the Argentinean side, so I have to be fair on this one.  In my article I claimed that the Brazilian side was better, but in reality it’s just the view from the Brazilian side that is better.  That’s like saying one house is nicer than the other because it gets to look at the other house’s beautiful garden.  The falls are essentially on the Argentinean side, Brazilians just get to admire Argentina’s garden.

Part of Iguazu Falls, from the Argentinean side

This is a challenging one.  Both Argentinean and Brazilian women are stunning but in very different ways.  Argentinean women are very well put together and take a lot of pride in their style.  They are very fashion conscious and love dressing in a way that I call “business sexy.”  Brazilian girls, on the other hand are very diverse in their look, but one thing that never changes is that they are 70% legs, curvy, have coco butter skin, and turn heads at a rapid pace.  A good percentage of them could be runway models.  Deciding between these two things is as difficult as deciding who I hate more: the Yankees or the Red Sox.

Brazilian Portuguese to me, as I’ve mentioned sounded a little bit like drunken Spanish when I first heard it.   As I’ve spent more time in Brazil, however, I have started to pick it up a little bit more, and I absolutely love the language, it has such musical tones to it.  Argentinean Spanish, on the other hand, might be the most fun version of the language to speak.  It is filled great slang and vocabulary nuances, as a Spanish speaker being in Argentina almost transforms the way you speak the language because it is so addictive to play with.  This was a tough decision, but I’m going with Argentina on this one.  You don’t like it?  Make your own contest.

In terms of natural beauty both have plenty to go around, and I guess this one is about as personal a choice as any.  Large parts of Argentina are featured by impressive mountains, glowing lakes, quickly moving rivers and long flowing glaciers.   Brazil is one of the greenest countries in the world, and I don’t mean that in an environmental sense; the country is literally green.   Throw in the beautiful beaches and the lush natural playgrounds of the Pantanal and Amazon Basin and you’ve basically got the perfect mix between Thailand and Costa Rica.  Since I grew up in the mountains, it has always been the coast and the rainforest which has impressed me the most. 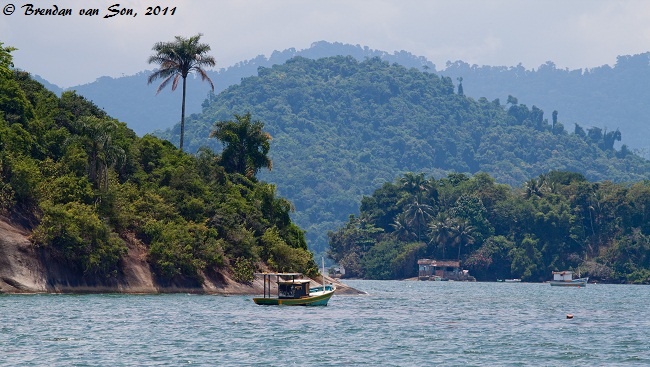 Brazilian culture is a beautiful mosaic of influencing forces.  I’m not sure that there is a culture in the world that has more power than the Brazilian.  You can’t help but want to immerse yourself in the dance, the music and the sheer rhythm of the Brazilian tradition.  The culture of Brazil simply has a way of putting a smile on people’s faces.  On the other hand, although Argentina has developed significant cultural traits – drinking mate, the famous asado, cowboy lifestyle – it really isn’t all to different culturally from the rest of South America.  As one tourist said to me “Argentina thinks it’s in Europe!”  Plus, Argentina seems to think that 80s music is “good.”  Hands down this one goes to the Brazilians.

This one was about as difficult for me to decide as the battle between the women.  I really love Brazilian food.  Asides from the great variety, the flavour of the foods is a little bit more powerful than those of their Argentinean counterparts.   As far as drinks are concerned, the national drink, the Capariniha, is as good as any.  However, Argentineans have the great asado which trumps just about any food served in the world (in my meat eater opinion of course).  Add a nice bottle of Malbec wine to the mix and you’ve got yourself a point Argentina.

No, I will not leave this as a tie.  I am not that kind of person.  I do not enjoy breaking the hearts of an entire nation desperately hoping to win this battle, but I have to do it.  To settle this, I will talk about the thing I think is most important in a country, the rhythm of life.  I love the rhythm of life in Argentina, it is so laid back and people still take the time to chat with friends.  But in the end the Brazilian rhythm of life is one filled out with some serious soul.  The rhythm of life in Brazil is an easy going laid back vibe back dropped by the beautiful beat of the Samba and dozens of other tones.  The soul of Brazil is undeniable and will draw visitors in and keep them smiling from ear to ear until the moment they leave; that is if they can leave.

Congradulations Brazil, would you like to make a speech?