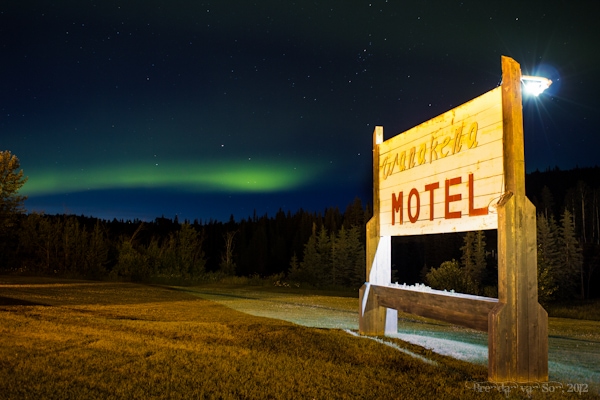 Star Photography: How to Take Photos of the Stars

Over the past year, one of the things I’ve really been working on doing a little bit more of is star photography.  Shooting the stars has always fascinated me.  Our camera’s ability to see even more stars than our eyes can gives us light into a world that we don’t yet know or truly understand.  Before this year I was in tropical regions for the majority of time and clear night skies outside of the light pollution of cities were few and far between.  However, over the past year places like the North of Canada, the deserts of Mali and Mauritania, the Grand Canyon, and the mountains of Morocco have provided me with ample opportunity to photograph the stars. Below I’ve given you a bit of a guide on how to take photos of the stars. 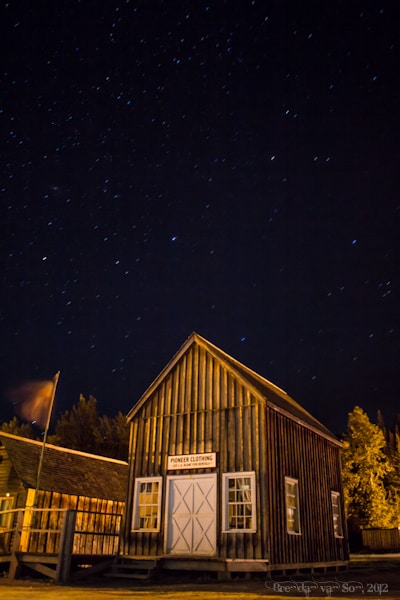 The Basics of Star Photography

The simple truth is you’re probably going to need a DSLR Camera.  I’ve never tried with a point and shoot camera, though I doubt the sensor is going to be powerful enough to produce noise-free images.  You might be able to shoot these with a mirror-less camera though.  But again, I’ve never been able to try.  You’ll need a sturdy tripod, or some sort of stabilizing device, and you don’t need one but a remote trigger will do you a lot of good as well.  You’ll also want a flashlight so you’re not fumbling around too much in the dark.  Other than those things, all you’re going to need is patience, and a good location.

Easier said than done, you’ll need to find a location that is dry enough that there are no clouds, far enough from city lights, and best done if there are some mountains or old buildings to add to your composition.  Moreover, colder locations tend to draw out crisper stars as do higher altitude locations. There’s no point to shooting on a cloudy night, it just wont work.  For me, the best time of night to shoot this kind of photography is late in the evening before the darkest point in the night.  This way you still have some interesting colour in the sky. 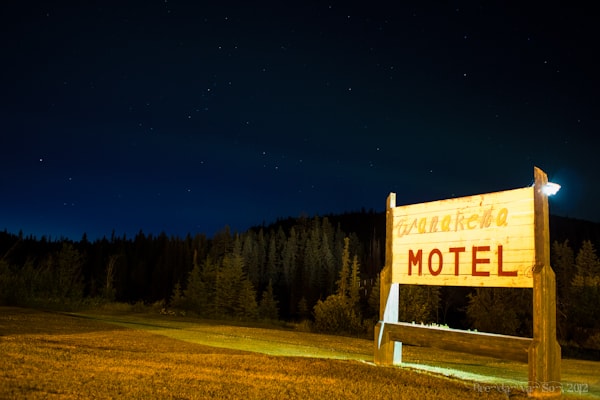 The first thing you’ll have to do once you’ve got to your location is work out a composition for your star photography.  This can be tricky because it’s pitch black.  What I do is jack the ISO as high as I can and open the aperture as wide as possible. I the guess basic compositions in order to frame an image I like.  The things you should be looking for are: 1) interesting landscapes, 2) the milky way if possible.  Once you’ve composed an image you can begin to work on getting the best quality photo possible of the composed photo.

Getting the Focus Right

Getting the focus is pretty simple.  Just set your lenses focus to infinity.  You can then shoot fairly wide open on your ISO (ie. f/2.8) and everything will be in focus.  Just note that if you’re going to shoot wide open you will need to make sure there’s no item in your frame too close to you.

Getting the Exposure Right

Depending on the type of photo your trying to get, getting the right exposure doesn’t have to be too difficult.  You’re basically just going to keep dropping the ISO until you get to a point where you’re not creating star trails (if that’s you’re goal it gets tricker as I’ll explain later on).  If you’re willing to shoot images at about 800ISO or 1600ISO you shouldn’t need to shoot over 20-30 second exposures so getting it right is easier than you think.  However, there is definitely going to be some trial and error involved in tweaking the ISO and shutter speed until you get it right.

This rule refers to how long you can shoot a star photo without creating star trails.  Basically, if you shoot too long an exposure, the stars will create trails rather than dots in the sky. This is looks like a result of movement of the stars, but is obviously the result of the earth’s rotation.  The rule is simple. Take 600 and divide it by the focal length you’re shooting and you’ll be able to shoot for that long before the stars start to trail.  For example.  If I’m shooting at 24mm then 600/24 = 25seconds before the stars trail.  If I’m shooting 50mm then 600/50 = 12 seconds.

There are basically two ways to create the star trail effect.

Taking your skills to the next level, you’ll want to start lighting subjects in the foreground of you images.  Good star images have beautiful stars in them, great star photos have multiple dimensions to them.  Basically, if you want something in the foreground of your shot like a building, rock formation, or person you’re going to have to light it; or it is going to have to be lit naturally.  There are two good ways of doing this, although there are some people that do three things.  I’ll explain all three.

Using Light Pollution to Your Advantage

Personally, I think the northern lights are much easier to photograph than typical stars.  The fact that the sky is brighter means you can shoot quicker exposures.  Of course, you will have to shoot quick exposures since the movement of the lights will just look like a giant blob of colour if the exposure is too long.  For me, the trick to great northern lights photography is all about the foreground.  Find a lake to reflect the lights, find a snow-capped mountain that will glow in the same colour as the lights, or get creative and light something like a tent in the foreground.  Like all star photography, shooting the northern lights comes down to a little bit of good luck and a whole lot of patience.

Ok, now we’re getting serious.  Shooting either time lapse or star photography on its own is tricky enough, putting it together is a whole other level.  However, at the end of the day it’s all about following the basics of what you’ve just learned and putting it all together into one massive project.  The other day in Djenne, Mali I did a star photography time lapse for an example.  Although the stars weren’t that powerful above the city you get the basic idea of what it will look like.

Again, I recommend you use Magic Lantern or some sort of remote timer.  Work out your image composition and then shoot away.  If you’re shooting 30 second exposures then set up your timer to shoot an image every 32 seconds.  Your camera will need to be firing a long time to get any substantial length of video.  You basically want to stuff 30 photos into every second of video.  Thus, if you’re taking an image every 32 seconds you’ll need 16 minutes of shooting to get 1 second of time lapse footage.  The clip below I shot over 2 hours to get just 8 seconds.  Personally, I like using windows movie maker for time lapse because it’s simple.  Drop all the images into the program, select them all and then choose 30 frames per second.

What do you think about this star photography stuff?  What has been your experience.  If you have any questions about this type of photography leave a comment below and I’ll get back to you and answer the best I can.