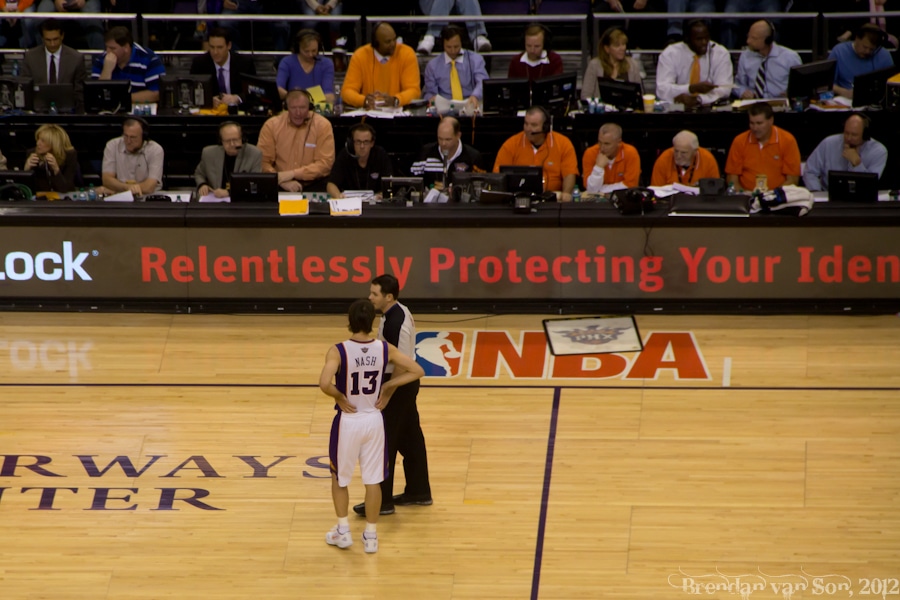 “Has that Canadian kid been drafted yet?” My dad asked me as I sat intently watching the NBA draft to find out who my favourite team, and only recently established, Toronto Raptors had drafted.

“There’s a Canadian in the draft?” I asked my dad while a little shocked.

As a kid year old I grew to love basketball. My dad was a coach, and I spent more evenings than I could ever imagine following him around to games, both home and away. I used to act as a sort of half-time entertainment; the 6 year-old who could shoot threes, albeit at a horrendous percentage. I would ride the team bus on road trips and loved every minute of it.

“Yup,” my Dad said “he’s pretty good too, he should go pretty high in the draft!”

Just a couple years later Steve Nash became as much a legend as a professional basketball player. Yes, there were Canadians before him: Bill Weddington won a number of championships as a teammate of Michael Jordan and Leo Rautins had a solid career as a journeyman, but none came in and took hold of the Canadian youth like Nash did. Part of it, perhaps, was due to the fact that he was a lot like us. Slightly above average height, normal physique, clean cut and white. I loved watching Michael Jordan wag his tongue, Magic Johnson deliver the basketball, Shawn Kemp throw down vicious dunks, but it was Steve Nash that I related to. He was a lot like me. Without Steve Nash who knows if the sport would have ever caught hold with the Canadian youth. 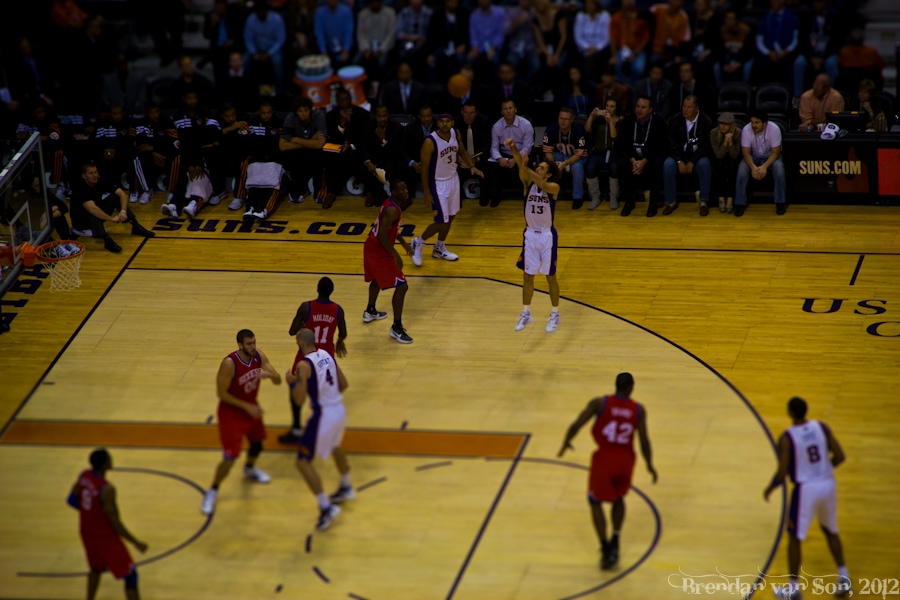 Nash pulling up for a jumper

By my high school days I, like many Canadians, tried to mold my game to that of Steve Nash’s. I watched the release on his shot and mimicked it. I watched how he dribbled, shot and passed with both hands and I forced myself to do the same.  I learned through reading his biography that he used to dribble tennis balls through Santa Clara University where he studied, so I did that too. I even wore the same horrible hockey stick sideburns he wore in his days playing for the Canadian National team.

Steve Nash talking to a ref

My basketball days are long over now. I haven’t played a competitive game in about 8 years, but Nash has never stopped being an inspiration. He is living proof that if you love something enough, if you want something bad enough and if you are willing to put in the hard work then there is nothing stopping you from being great at what you do. For me, I decided that travel was my thing and, like I’m sure Nash was, I was told on countless occasions that I was living in a fantasy world, chasing a dream that was unattainable; but with some courage, hard work and a whole lot of stubbornness anything can be done. 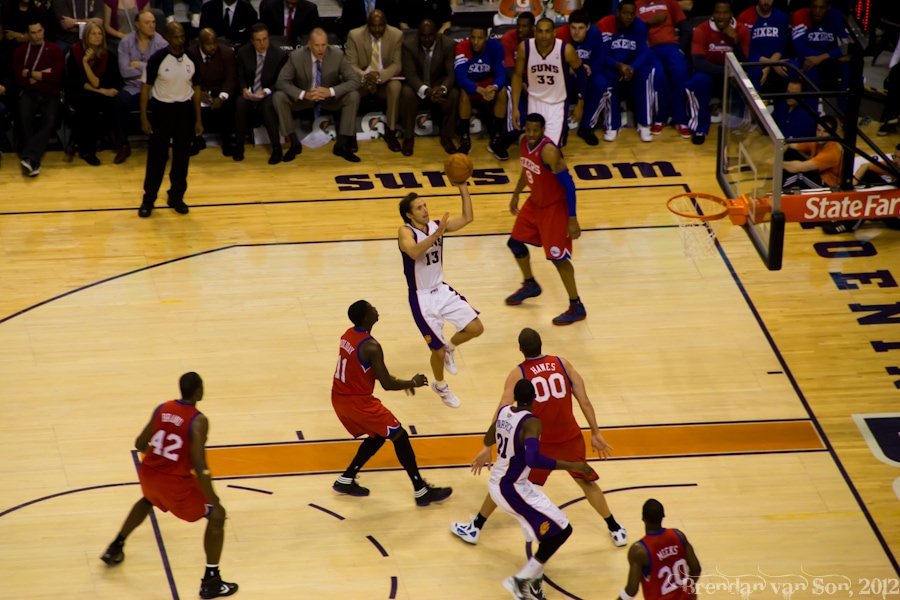 Steve Nash’s career has since evolved. He has won 2 NBA MVP awards, played in a number of playoffs, and is #6 all-time in assists. However, his greatest legacy won’t be his stats. His legacy will be the role model he has been for so many people, especially Canadian kids like me. Through all the stories of poor athlete behaviour, greed and selfishness, Nash has been a consummate professional, a leader in the community, and a person we can be proud to support.

A couple weeks ago I saw Steve Nash play live for the first time. And although the game didn’t go as hoped (Phoenix got smoked) the entire game I felt like I was watching a living legend from the second deck of the United Airways Center. 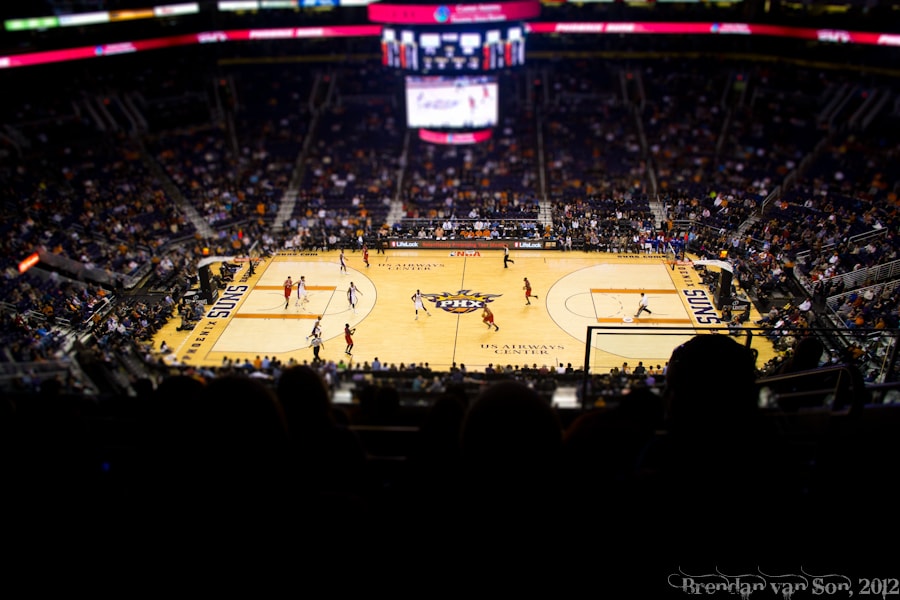 This might not have been a travel article, but travel is about inspiration and Steve Nash has done that for me and so many others. Nash has done more than just bring basketball to the attention of Canadians from coast to coast, he has provided the type of leader that hasn’t been present to the Canadian youth since a certain hockey player dared to wear #99. It almost seems unbelievable to say, but Steve Nash really has become the Wayne Gretzky of my generation. Lofty praise for any Canadian, let alone one that doesn’t even play hockey.

A reminder that my travel magazine, Vagabundo Magazine, will be published first thing Monday.  Stay tuned for details on how you can get it!