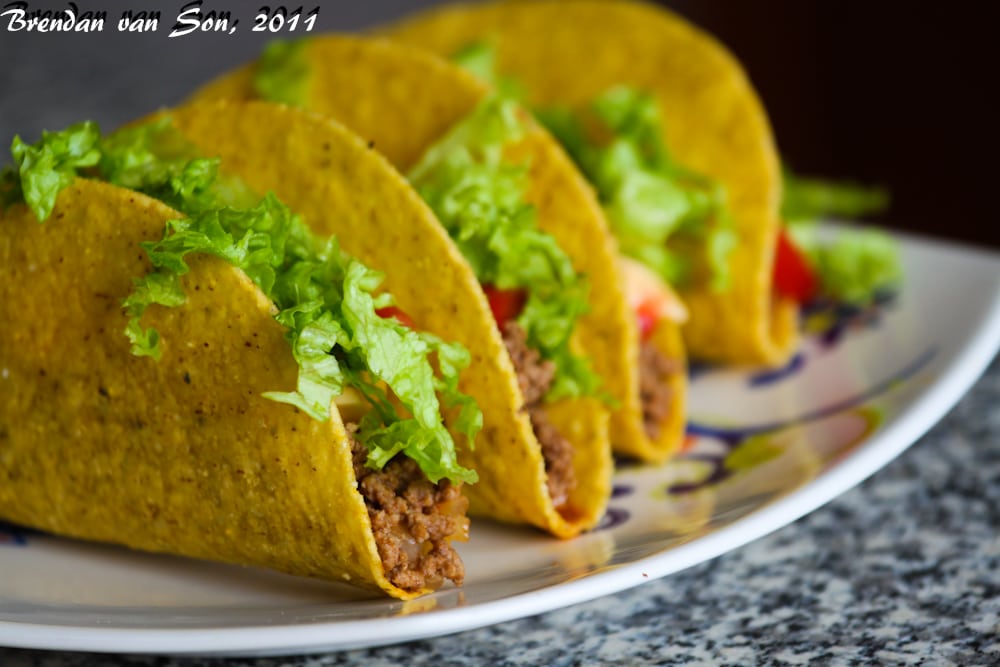 Traveling solo has its positives and its negatives.  The activity of eating provides evidence of both sides of the coin.  One of the positives is that you rarely have to compromise what you want.  You’ll never have someone telling you that they want to eat somewhere, or something, that you’re really not interested in.  On the negative side, eating alone is rarely all too much fun.  Also, when you finally get to a place where you can cook you end up making sandwiches and easy one person meals because there is no point in cooking a huge meal for one person.  However, when I get into a place where I know that I’ll be a while I usually set out to cook at least one giant meal for myself of my favourite foods.  If I’m at a hostel I’ll usually invite some other people in on my plans, if I’m at an apartment alone, like I am right now, I’ll cook a big meal with plans on remodeling it for leftovers and later meals.  Today I made one of my favourites, and something that you just can’t easily find down here in South America, hard shell tacos.  I thought that even though I don’t usually post anything on Sundays that I’d post a couple of photos of tacos in all their splendor.  Enjoy, I sure did. 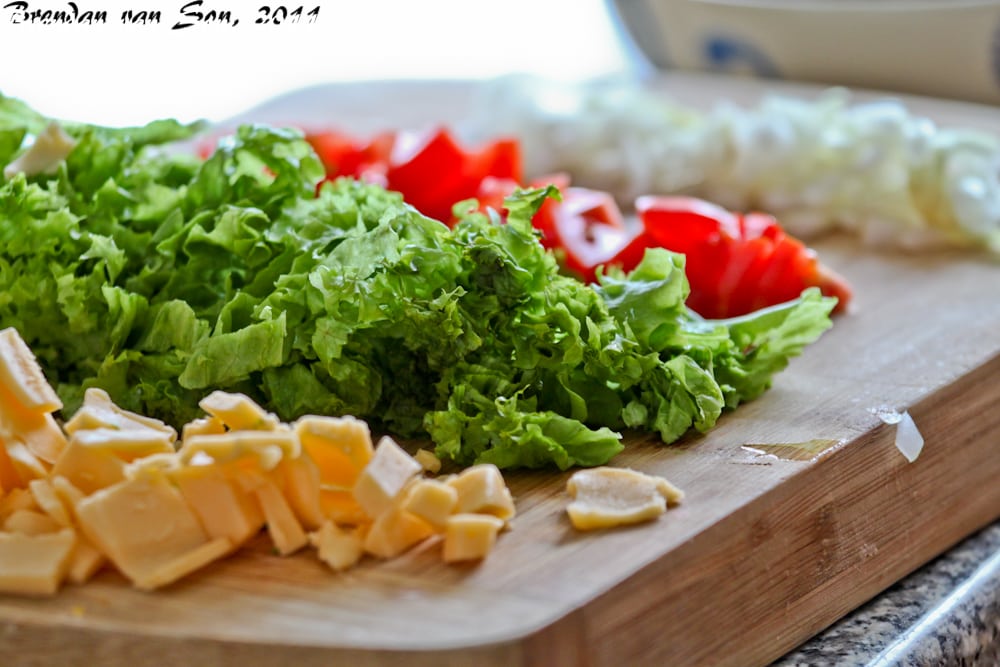 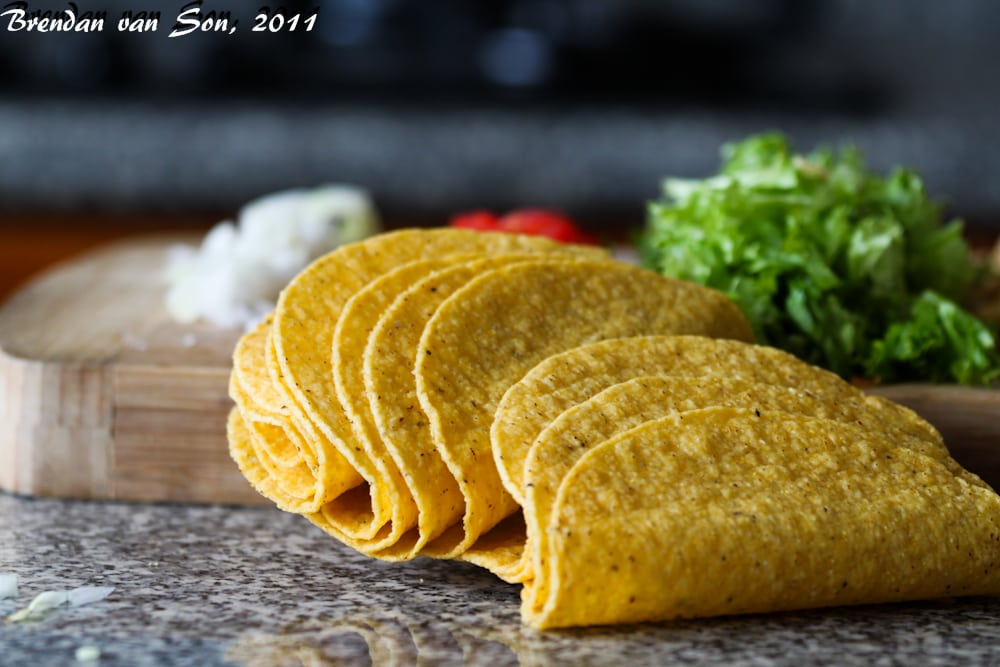 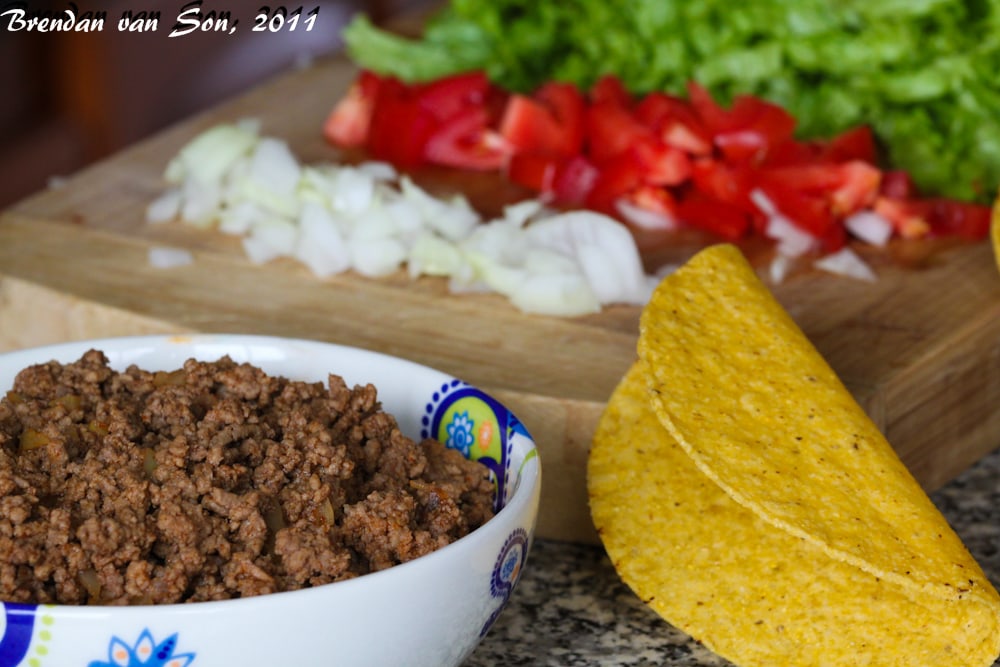 Now time to put the pieces together – Click to enlarge 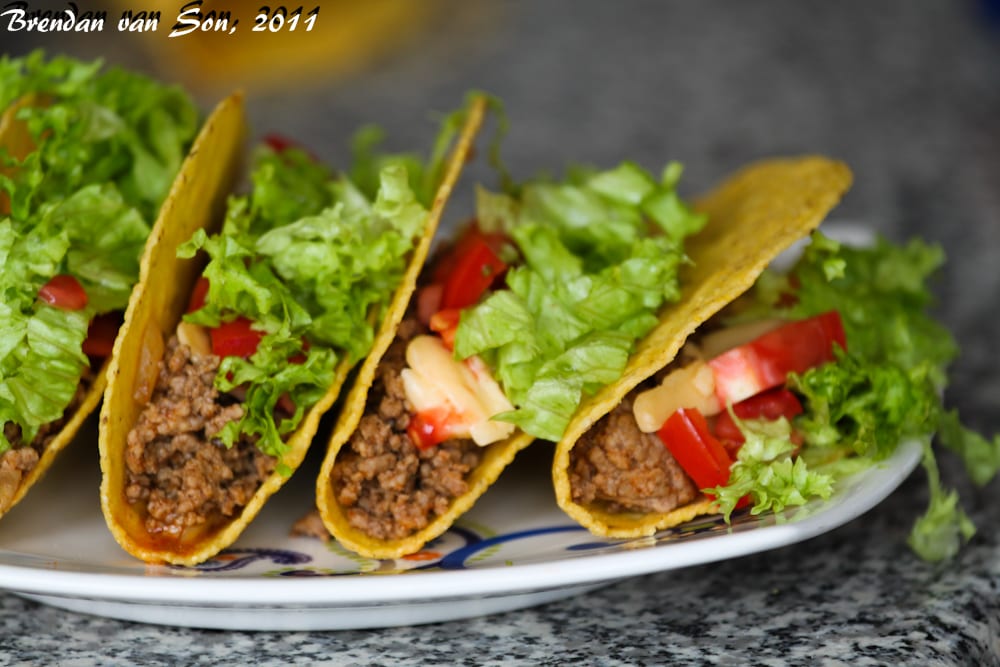 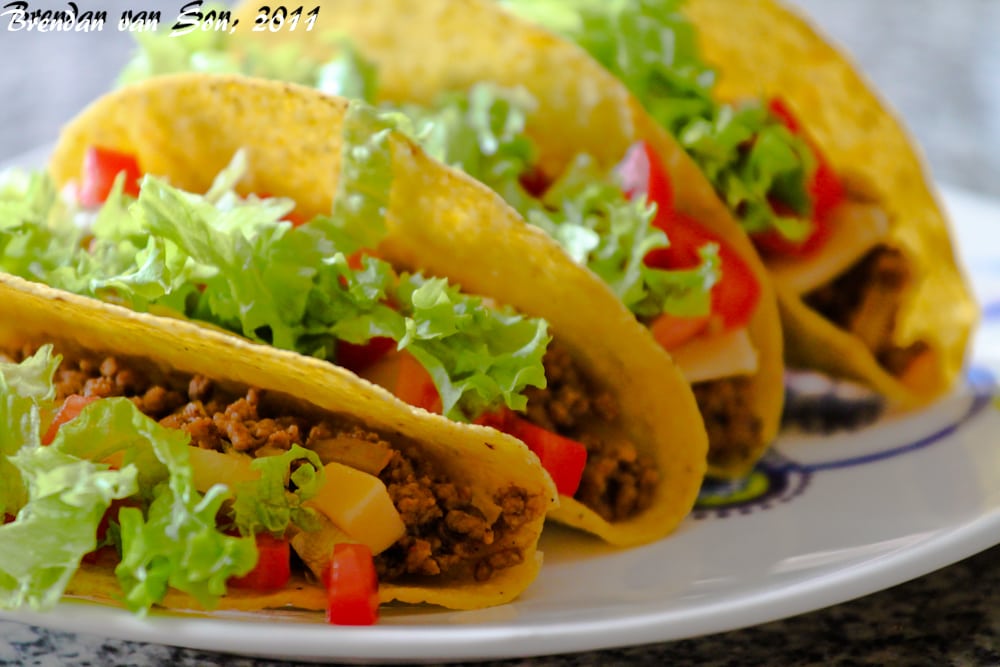