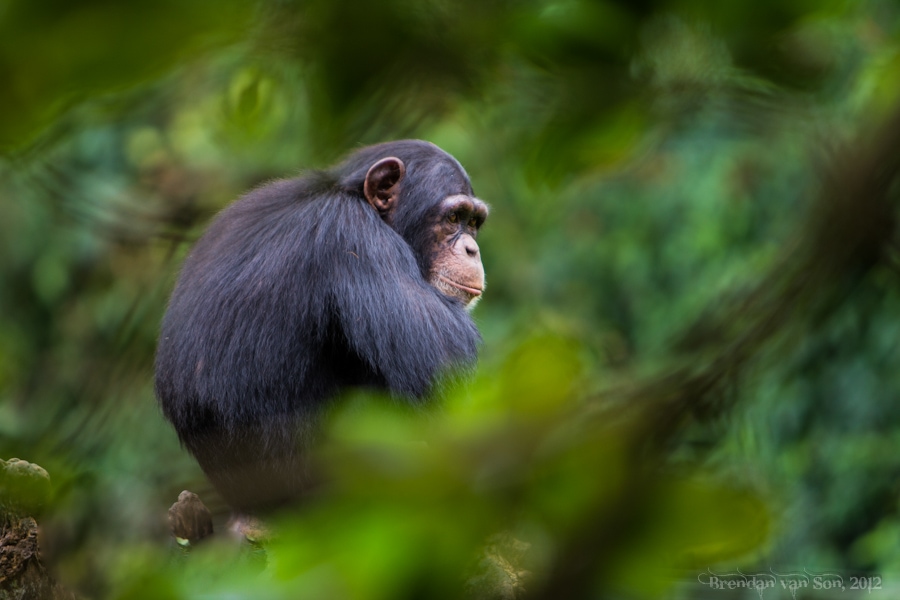 If you know anything about me, you know that I’m a massive fan of wildlife, in particular primates. I love watching their behaviour and how similar it is to that of ours. I feel a connection with primates, most likely because I’m a bit of a monkey myself. Thus, the Tacugama Chimpanzee Sanctuary just outside of Freetown was a place I had marked out on my map for quite a long time.

Tacugama houses a large number of rescued chimpanzees that had previously been pets or on the market to be sold as bush meat. Their goal is to return the chimpanzees to the wild. It is by no means a zoo and most of the chimps live in near-natural conditions. Once a day, the naturalists who work at the sanctuary take visitors on a bit of a tour around.  It is a phenomenal place.

Anyways, enough chatter, on with the photos! 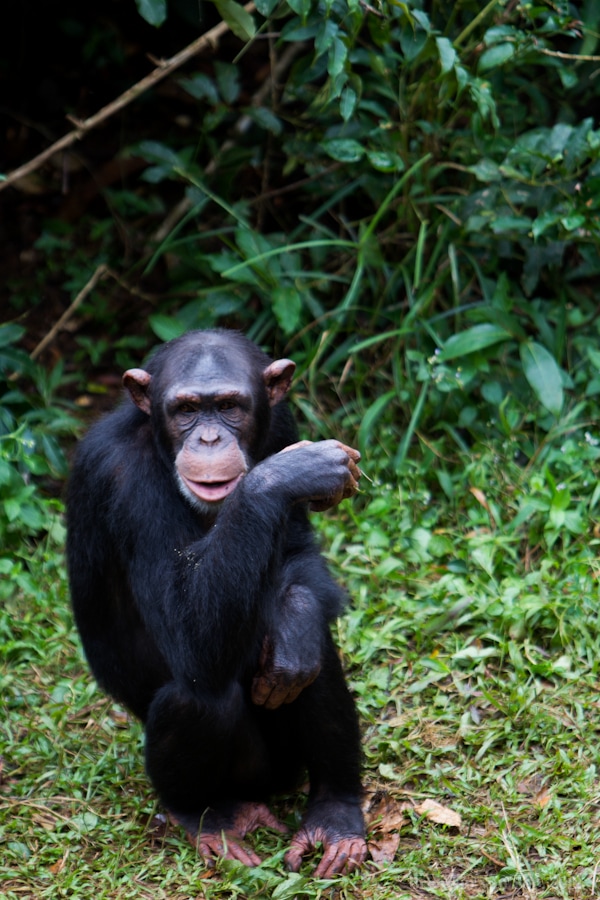 First chimp I spotted… having some snacks. 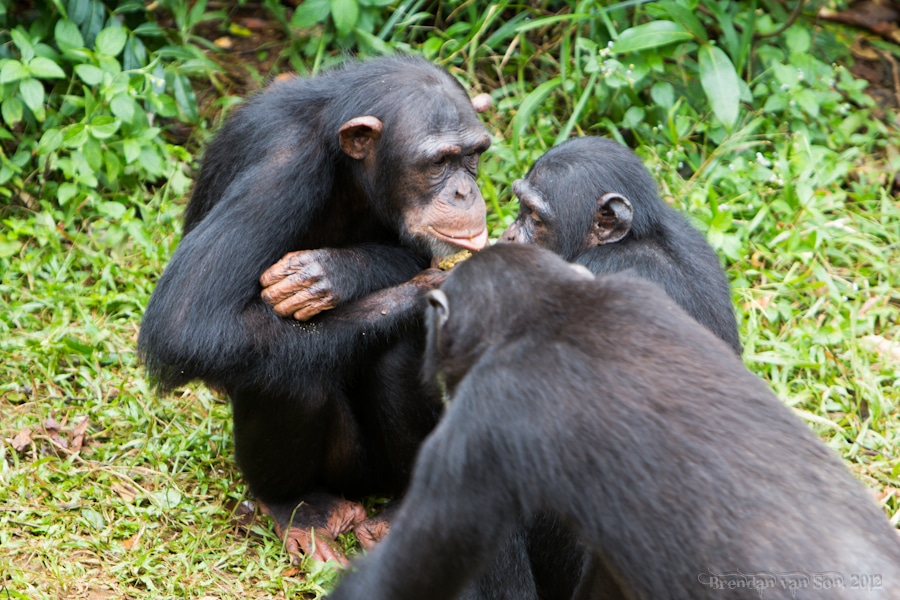 Can’t you just see these guys as a bunch of humans sitting around talking about the weather? 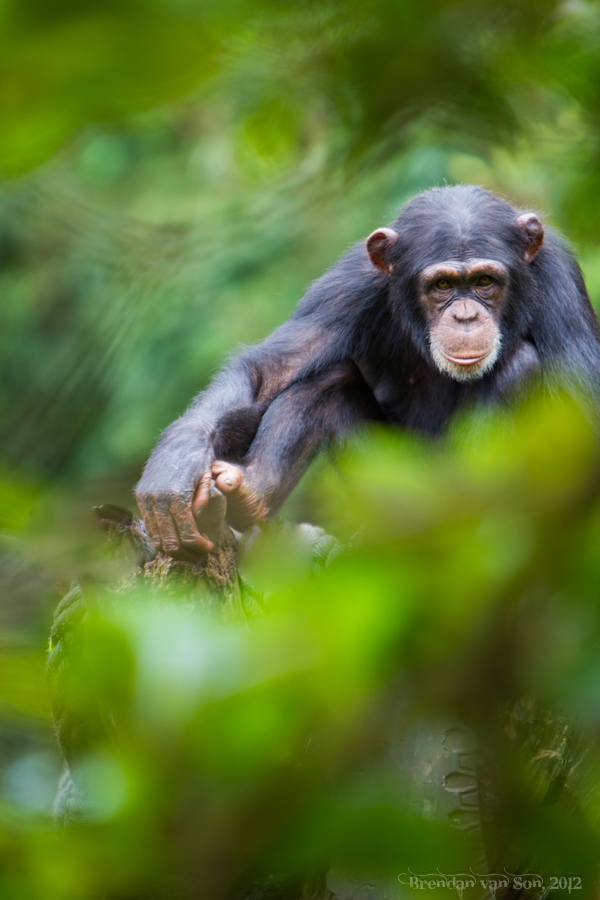 This guy was in stage 2 of the 4 stage process, which is basically a smallish monitor-able enclosure. 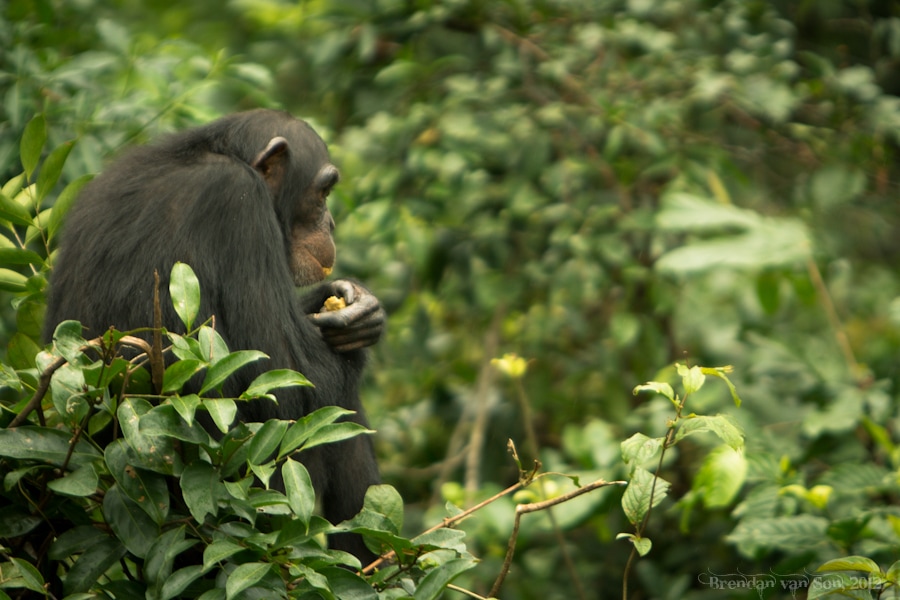 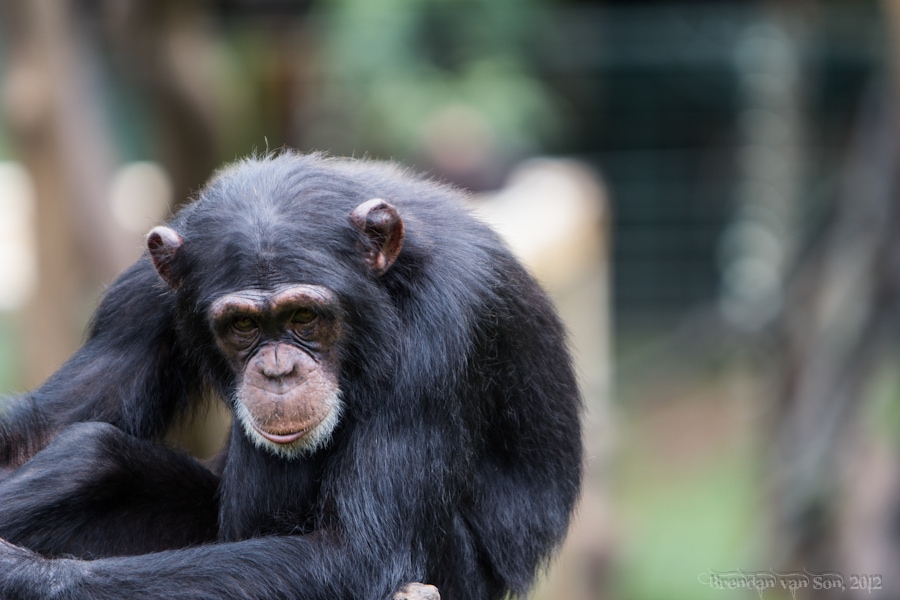 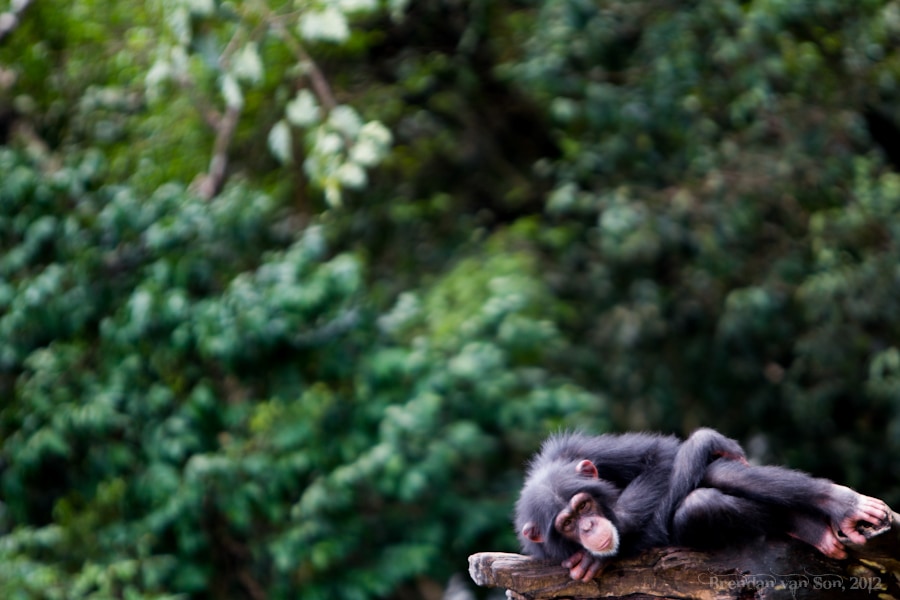 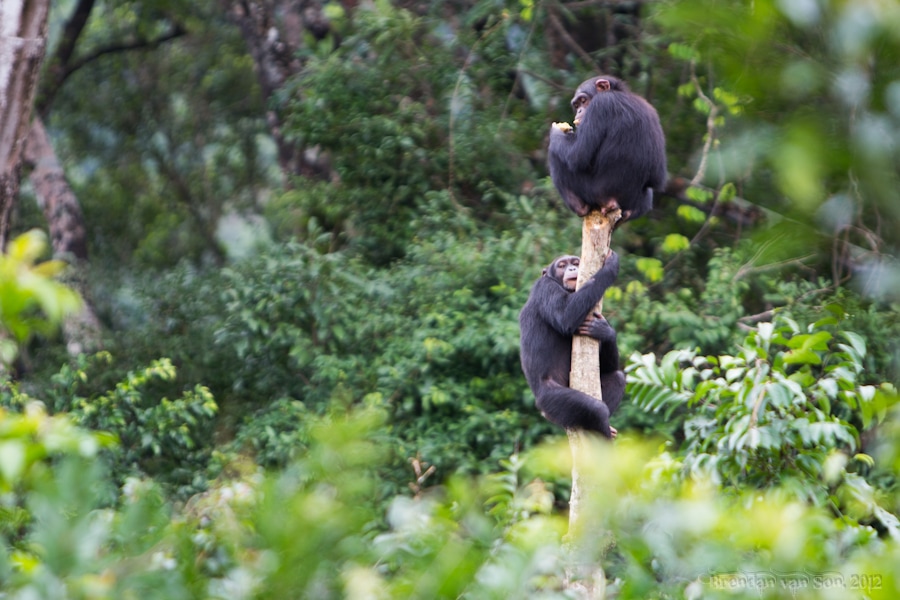 On to stage 3, the chimpanzees have about 5 acres of free forest to play in. 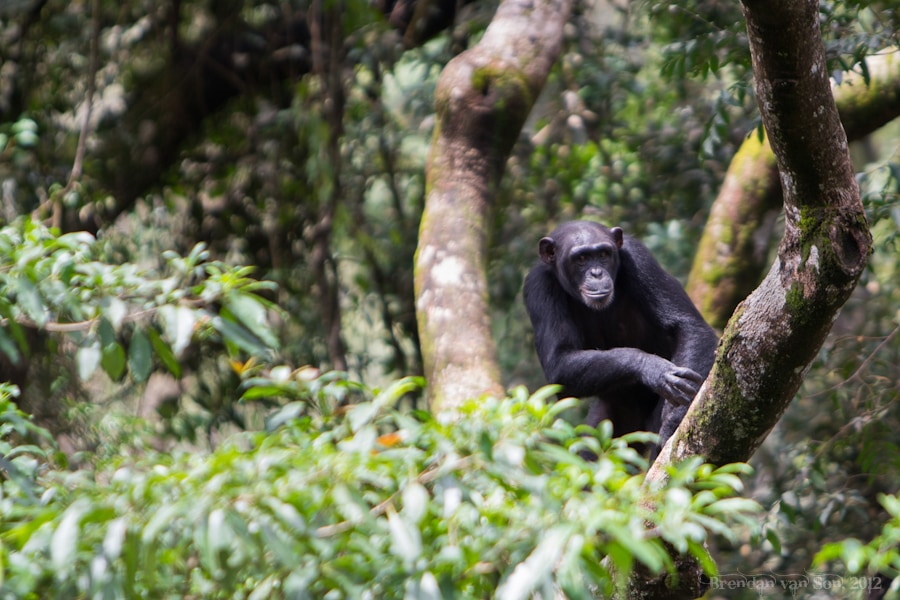 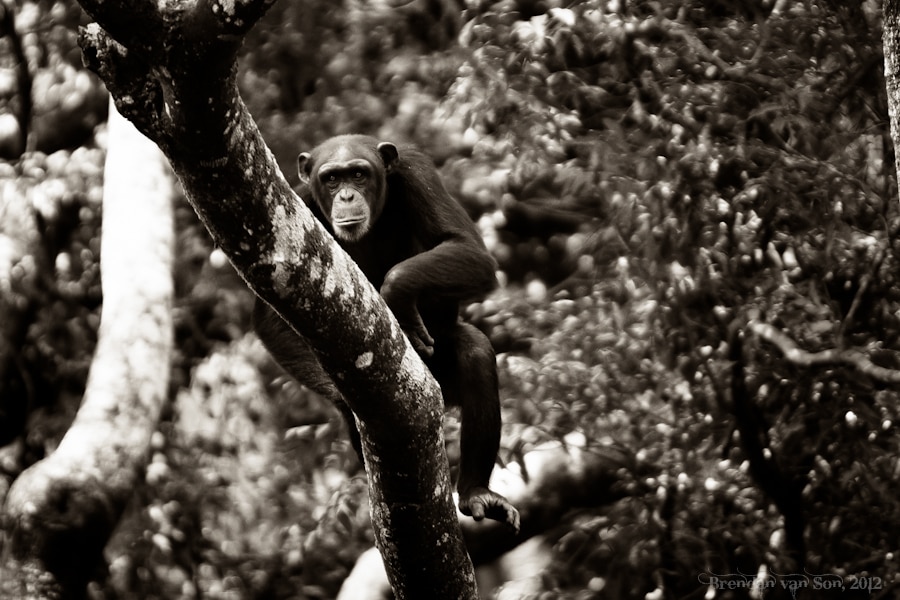 Finally, the chimps enter stage 4 which offers them basically “wild” conditions and preps them for their return to nature – hopefully.