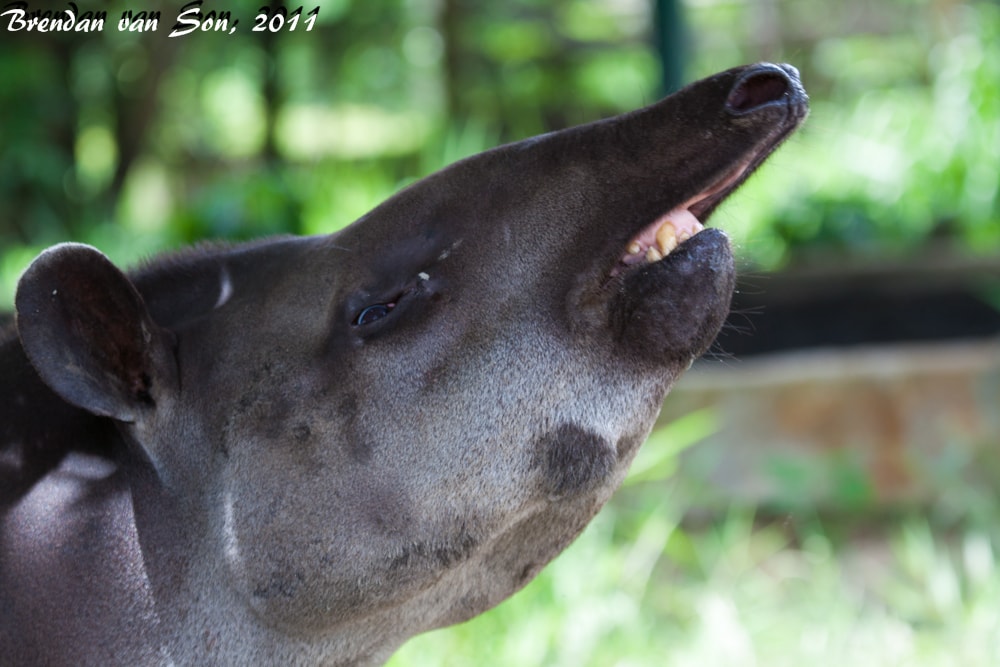 I remember the first time I saw a Tapir.  I was in a park near Panama City and out of nowhere one of these huge mammals jumped out of the trees in front of my path.  Right behind it was another, possible its mate.  I was terrified.  I had never seen, or even heard of this giant animal with an anteater smile.  As I stood trying to decide whether I should run or play it cool the tapir, which is about the size of a young cow calf stopped looked at me and slowly walked towards me in curiosity.  I didn’t know what to do, so I left in a sprint in the other direction at top speed.  Turns out that tapir’s are actually quite friendly, at least this one was.  As I encountered this tapir in Guyana it wandered over to sniff around at me and pose for some pictures.  I got a couple good ones of this one.  The Tapir has, since the time I ran away from the first I saw, has become one of my favourite animals.

One of the biggest mistakes people make when shooting larger animals is that they try to put the entire animal in the frame.  This however makes the shot look pretty normal and flat.  Next time you shoot an animal like an elephant or a tapir try shooting profiles of the animal just like you do with people.  Also, don’t crop the image too tight, be sure to leave some room for the animal to move within the scene.

Turns out that people like articles about me in danger.  The article I posted yesterday, about being shot at in Nicaragua, already has over 1,000 views.

On Friday I have an article coming up from Mexico, while on Sunday I have a special Mother’s Day letter being posted; keep your eyes out for both of those.