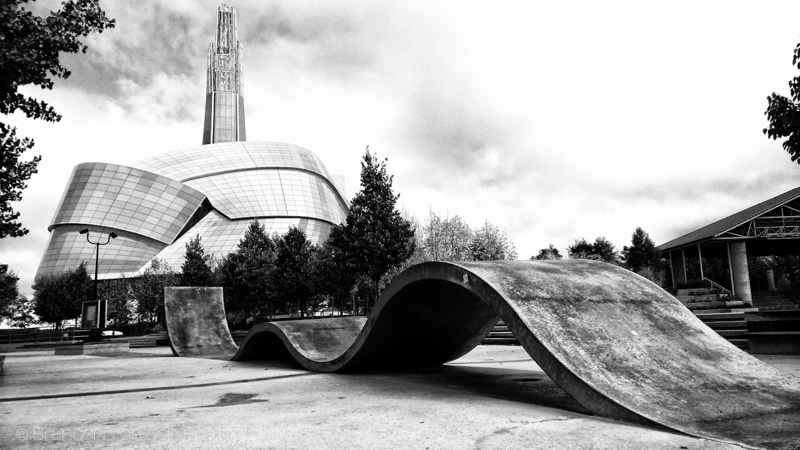 Test Shots from the Nokia Lumia 1520 in Winnipeg

I got yet another chance to take the Via Rail across Canada this past week.  It’s one of my favourite experiences in the world.  I love that it just allows you to relax and almost forget that an outside world exists for a bit.  For 2 days and 3 nights, you’re jut cruising across Canada.  I also love that it gives you a bit of a layover to explore Winnipeg.  Last time I passed through on the train was my first time in “The Peg” and I actually really enjoyed it.  Thus, I thought that even though I only had a bit over an hour to explore this time, it would be the perfect location to pull out my new Nokia 1520 Smartphone and test out the photo capabilities of the device.

The below video is shot entirely on the Nokia Lumia 1520 with the exception of the videos that I’m in the frame, since I’m holding the phone.  All the photos were taken on the device as well.  And well I’m planning on giving a full review of the photo and video skills of the device in the next month or so, I thought now would be a good time to give you some photo samples, in case you want a smartphone that actually lets you control your settings, unlike those dreadful iPhone bricks.

Anyways, after the video you’ll see some of the photo samples from the Nokia 1520 that I shot in Winnipeg as well as some 100% crops of the images to show you what the sharpness looks like.  There’s also a little bit of information on the images in the captions of each.

All the photo samples that you’re going to see from the Nokia 1520 were edited in Lightroom quite minimally.  I made a bit of a mistake when shooting that limited my editing capabilities.  One of the cool features of the Lumia 1520 is that you can actually shoot RAW images.  However, I forgot to turn on the setting before going out to shoot.  That said, it was probably good to shoot JPEG like this as most users are likely just going to shoot the JPEG files.  Anyways, here are the images.

First Impressions on the Nokia Lumia 1520

I’ve been a massive fan of the Nokia Lumia smartphones for the photography capabilities since I first got my hands on a Lumia 1020 last year.  That 1020 was built for photography, primarily, which is why I’m so surprised by the image quality of the the Nokia 1520, which is essentially a
phablet” built for business types.  For me, the photo quality is right there with the 1020.  Of course, you don’t get that massive 41mp sensor, but you don’t really need it, in my opinion.  The only spot that I noticed a difference was that the 1020 had a brilliant flash, and the 1520s is a bit less impressive, but still more powerful than anything on any other major smartphone.

Anyways, after I get the chance to do some out in the field shooting with the Nokia Lumia 1520 and do things like night shots, and low light images, I’ll get a full review and video on the photography and video capabilities of the phone.  So stay tuned to that.

I’ve got some more photography reviews coming up including a review of the trigger trap, we’ll also talk about photo storage solutions for travel photographers.  Also, I’m in Alberta now, so there will be some cool on location travel photography from here in my home province.  Stay glued!