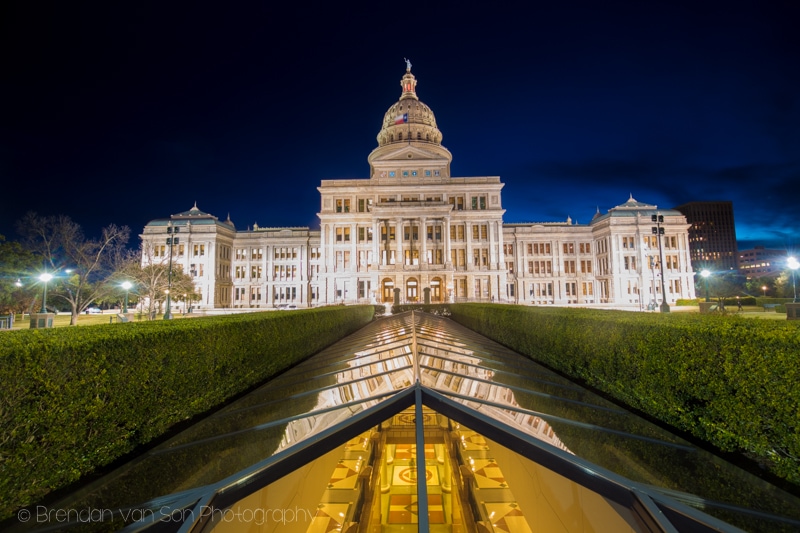 The cool thing about this road trip across America is that I’ve gotten the chance to re-photograph some of my favourite places in the country.  The last time I passed through, I was struck by the Texas State Capitol in Austin.  I found it so perfectly photogenic, and so I couldn’t pass up on the chance to photograph it once again.

I also decided that this was a great time to show budding photographers what a massive difference various light makes when shooting architecture and buildings like this.  Using the Austin State Capitol as my model, this video and article takes you through the progression of light when photographing architecture in the evening.  In general, there are 3 different sections of light as the evening draws on: the late afternoon, the golden hour (sunset/sunrise), and the blue hour (dusk/dawn).  Check out the progression of light, and tell me: what’s your favourite light?

You’ll notice the word “late”, and that’s important.  You really shouldn’t be shooting architecture in the middle of the day.  The light will just be far too harsh, in my opinion.  It’ll likely cause exposure issues.  Of course, rules can be broken for the right reasons.

In the late afternoon, I like to photograph architecture with the sun at my back.  That should create a nice glow of light on the buildings working much the same way a flash would on a portrait.  Shooting with the sun at your back will also mean that you will get a proper exposure of the sky, and not lose detail.

For me, photos from the late afternoon or early morning tend to look more “real”.  They’ll look more what people would expect them to look. 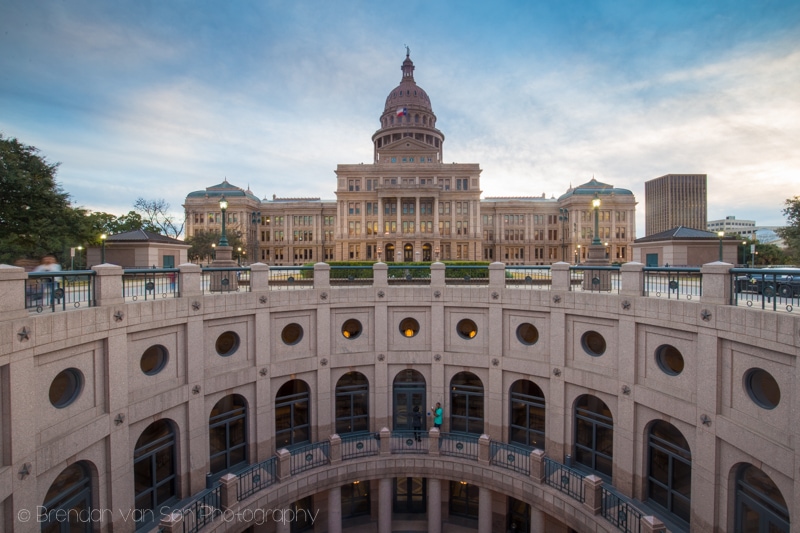 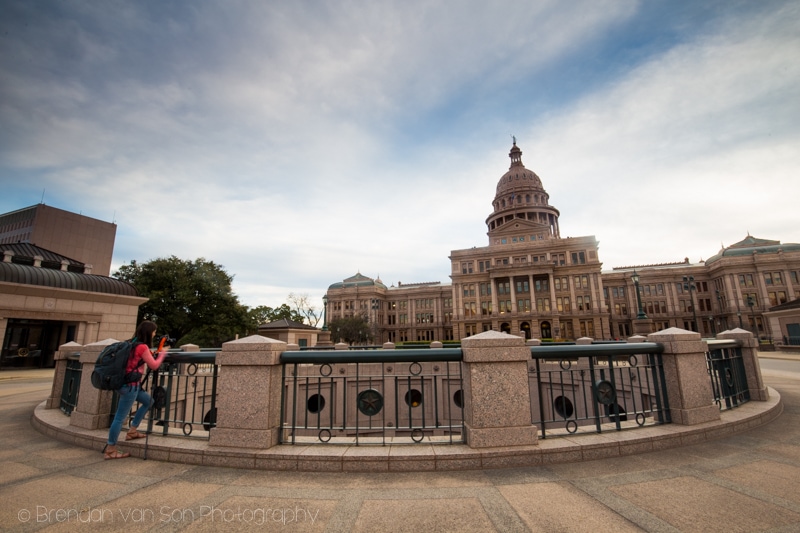 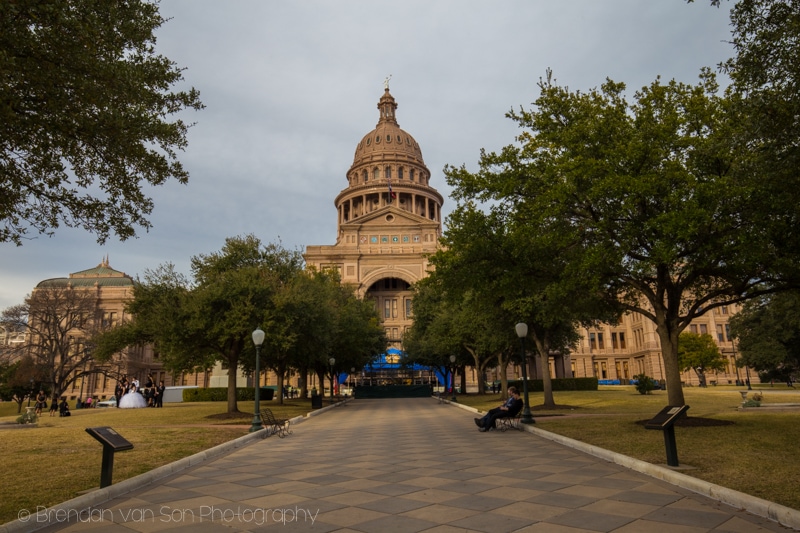 For me, the golden hour is a bit tricky when it comes to architecture.  I like to shoot the golden hour right into the sunset and that can cause some exposure issues.  Without using cheesy HDR methods, it’s difficult to capture the same range of light your eyes see.  You can adjust this by using something like a soft gradient filter or blending two exposures, though.  And if you shoot it right, the results are often spectacular. 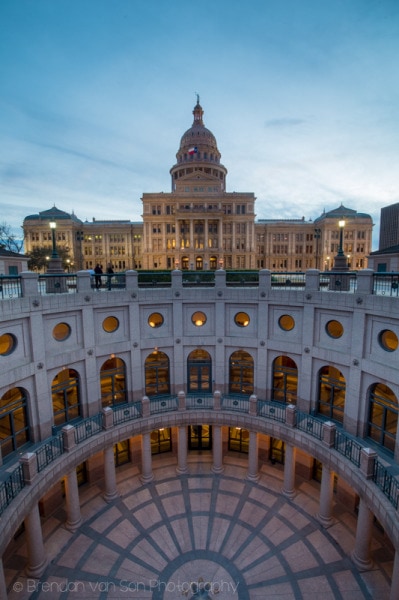 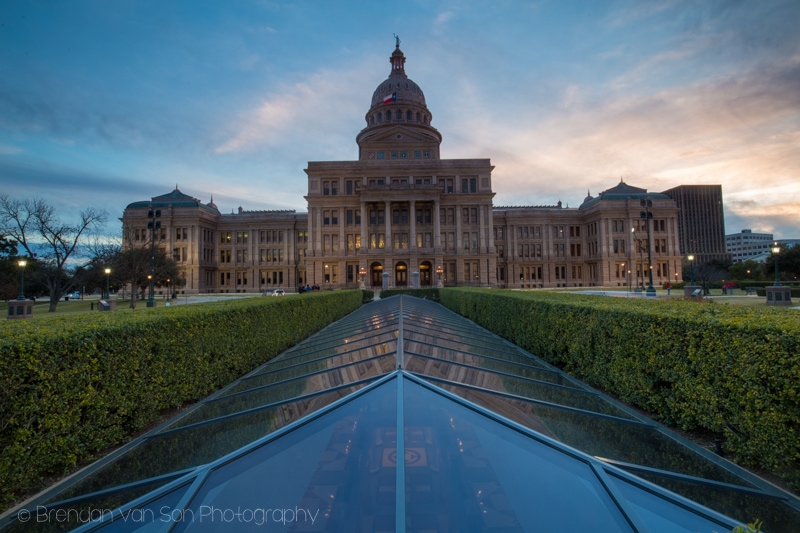 Personally, I’ve always been a huge fan of the blue hour.  I think part of that blue hour love comes down to the fact that when I was learning photography I had no idea how to use filters.  Therefore, shooting the blue hour was the only way to get proper exposures of cool scenes without shooting HDR.

The blue hour is dusk or dawn, essentially.  It occurs when the sun has been down for about 15-30 minutes to an hour and there is a blue glow in the sky.  Of course, the length of the blue hour vastly depends on the latitude you are shooting.  I’ll never forget my good friend Arthur Tang who asked me once, “how long does the blue hour last in Canada.”  When I told him that it’s about an hour in winter and up to 2 hours in the summer he laughed.  “In Malaysia, I get 10 minutes if I’m lucky!”.

Shooting the Austin State Capitol Building in the blue hour again proved to be my favourite light of the shoot.  I just really like how the building pop and all the details show really forcefully.  I also love the vibrant blue sky.  For me, this is the best time of day to photograph architecture.

What do you think? 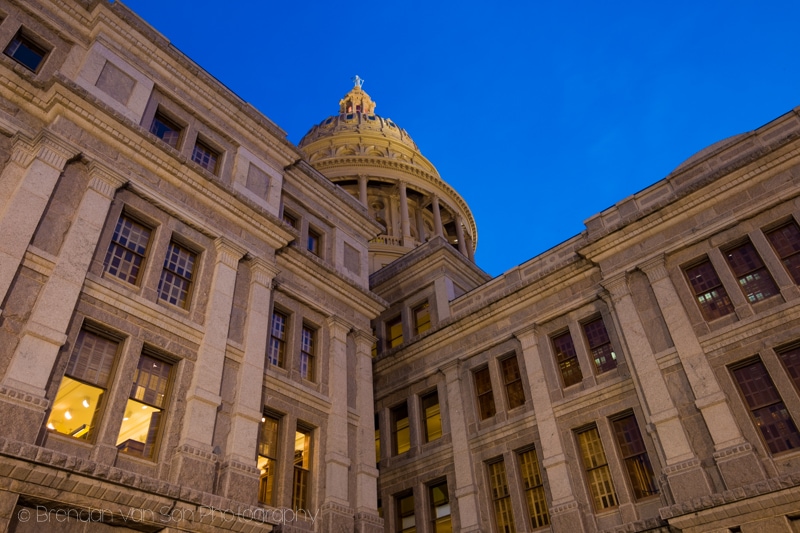 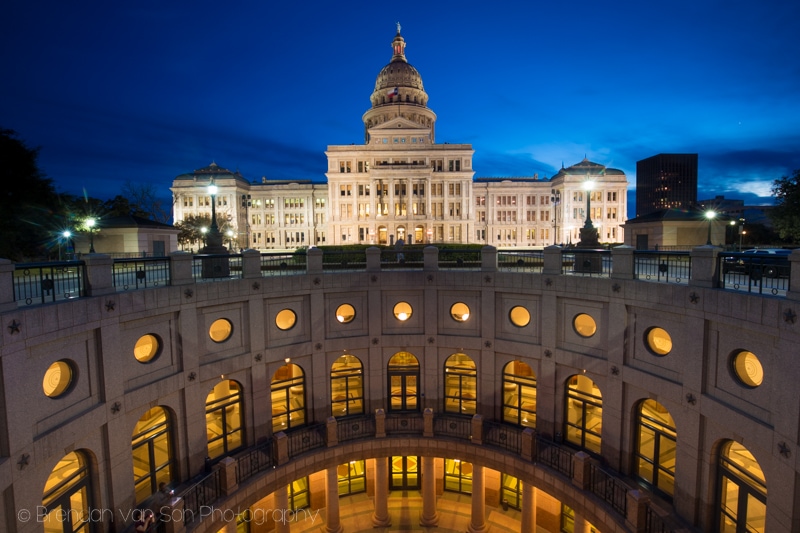 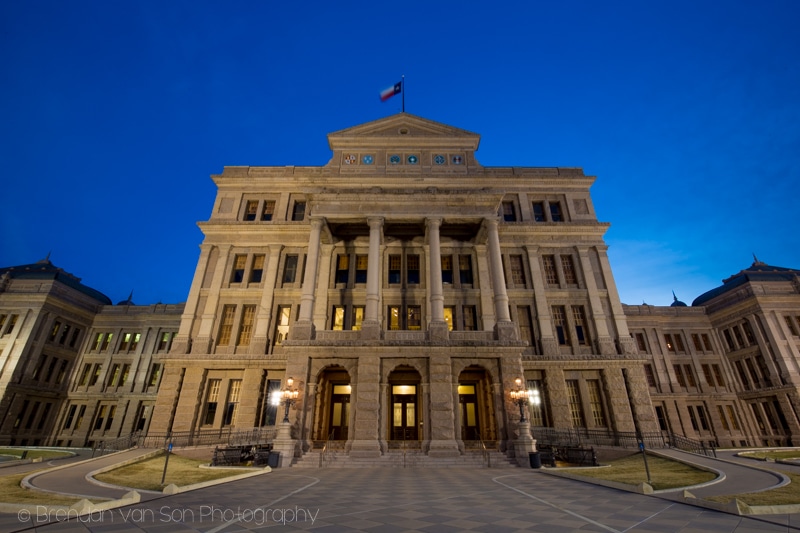 The US road trip continues as I continue eastbound.  We’re hitting up New Orleans next and then on to Florida for a bit of a vacation at places like Universal Studios and Disney World.  I’ve also still got some gear reviews coming up on the channel in the coming month before heading down to South America.