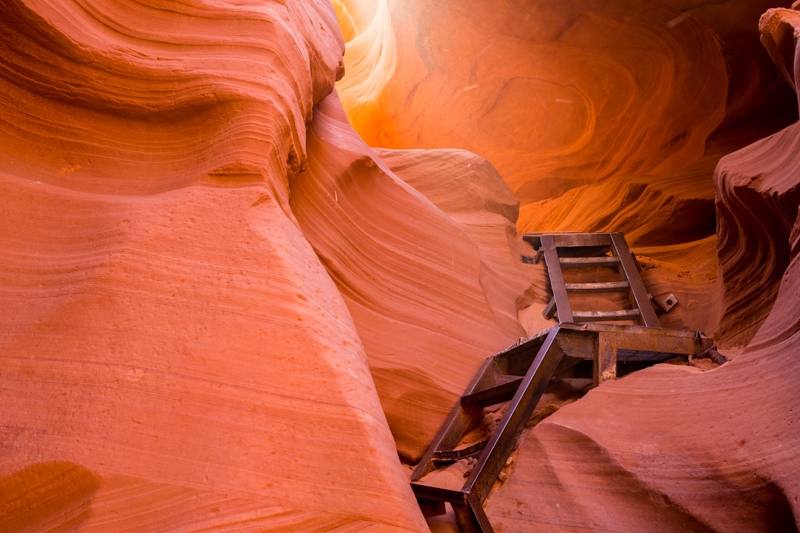 Just before heading to Antelope Canyon, I found out that I would need a permit if I wanted to shoot commercial imagery within the canyon.  And well I do sell some commercial images via various stock agents and a couple small clients, I went back and forth between deciding whether I should get a permit or not.  Eventually, I called them and asked what their definition of commercial use was.  They told me, any sort of video filming that was done in the canyon would be considered commercial.  But in regards to photography, they couldn’t give me a straight answer.  Does posting to a blog count, or is that editorial? What about if I was to post it to my instagram feed?  The lady on the other end gave me vague answers and told me that in the end it was up to the tour operator.

At the operator, which was Ken’s Tours, they didn’t bat an eyelash at me for saying I was just going to be using the images on my blog and social media.  Of course that’s not commercial usage.  Or is it?

In this article, I want to discuss the blurring lines between commercial and editorial photography and why the discussion is valid.


Getting a Commercial Photography Permit for Antelope Canyon

Before I jump into the discussion, I thought the manner of getting a commercial photography permit for Antelope Canyon should be mentioned.  In general, it’s fairly straight forward.

First, you need to apply about 2-3 weeks before your visit to the canyon.  You do so by filling out this form and submitting it to the Navajo Nations Park office in Page.  You also have to pay a $50 fee.  If you decide to file for a commercial photography permit after visiting the canyon, your fee will go up to $200.

In my opinion, it’s pretty fair and the process is fairly straight forward.

What’s the Difference Between Commercial and Editorial Photography

In the past, the difference between commercial and editorial photography was fairly black and white.  But these days, with advancements in technology and the rapid movement of information, it’s less obvious.

Historically, commercial usage meant that the photo was directly used to sell something.  For example, if I took my travel tripod into the canyon and photographed it, then 3 Legged Thing used that photo for their magazine ad campaigns – that’s commercial use.  If Southwest Airlines took my images and used them for an ad inciting people to visit Arizona, that’s also commercial use.

Editorial, on the other hand, is anything news-related.  Thus, if the Guardian was writing an article about Antelope Canyon, then the images used along side the article would be editorial, and not require permits or property releases.  And, yes, people can say that the images in the newspaper are being used to sell newspapers, but it’s not in a direct manner, which to me is the key distinction. 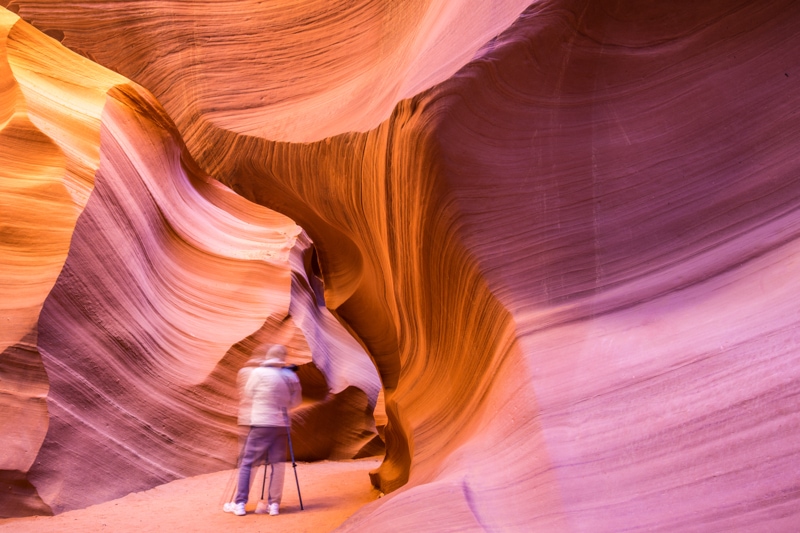 Recently, Peter Lik’s name became fairly household among the photography community with his claim that he sold a print of an image from Antelope Canyon for a whopping 6.5 million dollars.  Obviously, with a sale of that magnitude, the image was sold “commercially”, but was a commercial permit required?  The photo is, of course, not selling anything except for itself.

The idea that photography is art is a discussion for another day, but let me ask a question that seems to answer the debate for me.  If I were to paint an image of Antelope Canyon and sell the painting, should I need a commercial permit?  If not, why is selling a photo any different to a painting?

In the end, I don’t know if Peter Lik paid for commercial permit to shoot in Antelope Canyon, I imagine he did.  However, even if he didn’t, I would argue the case that he didn’t need one based on the fact that his work was sold as art, rather than selling another product like a phone, tripod, or flight. 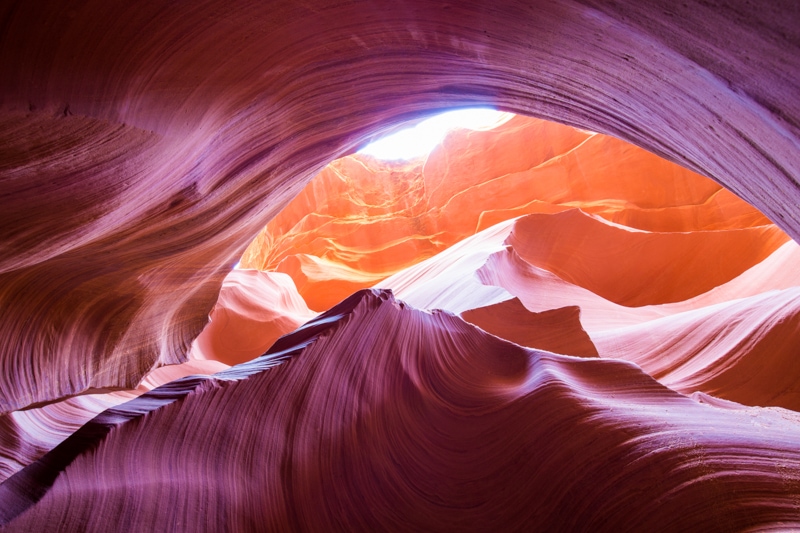 The Blurred Lines Thanks to Social Media

Social media has complicated a lot of these traditional divisions between personal use, editorial use, and commercial use.  Social media networks earn huge amounts of money.  Moreover, the influencers on these networks are  often also earning a lot of money.  So, if you’re a social media influencer and you’re using your imagery of certain locations to lever deals, then in many ways you are working “commercially”.

Instagrammers are an interesting case study here.  There is a lot of money being invested into the pockets of big names on Instagram.  Brands are finding ways to place products into their images somewhat naturally.  And, in my opinion, that’s commercial usage.  For example, if Nokia were to give me a phone and tell me they’d pay me $200 an image to take photos in Antelope Canyon and then post them to Instagram saying something like “Antelope Canyon: shot with the Nokia 1520“.  That’s commercial in every sense. 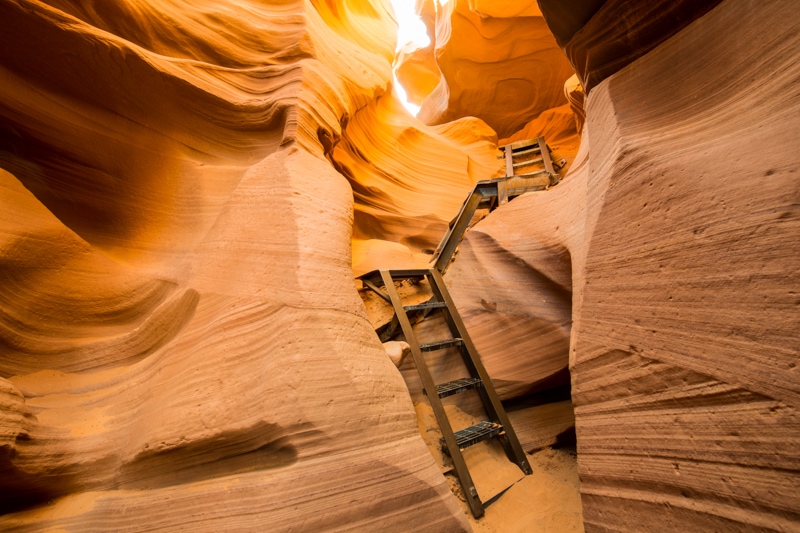 YouTube is another interesting case study.  In many ways, most YouTube channels are documentary-style in nature.  But with big time YouTube stars so often paid to use certain products, or wear certain clothes, in their videos, they become commercial in nature as well.  Moreover, big documentaries are often branded by companies like GoPro and Red Bull.  Does that make the video commercial rather than editorial?  I’d say so, but it’s very blurred.  If there are no products placed or sales going on in a YouTube video, there is still an ad at the start of a video.  But, just like a newspaper has ads within the various pages and remains editorial, a YouTube channel can remain editorial.

Still, the blurring of the two domains is becoming harder and harder to discern.  The situation is becoming less black and white and more grey. 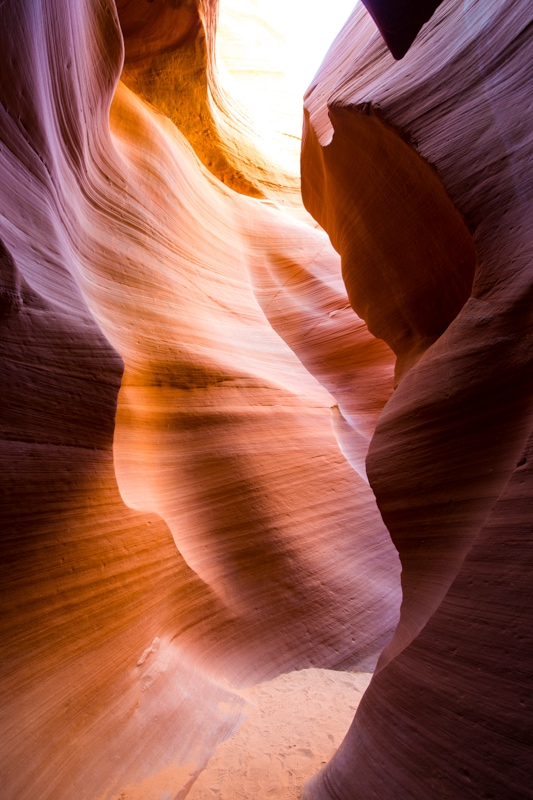 The US National Parks Case Study

This topic is really well discussed by Outside in a recent article called “Why Your Instagram Nature Shot is Breaking the Law“, which talks about how the US National Parks Service has started cracking down on unauthorized usage of photography and filming in the parks.

The article is extremely well written and research, and it talks about the various complexities in understanding what constitutes commercial use and what doesn’t.  I highly recommend heading over there to read that, if you’re interested in this discussion. 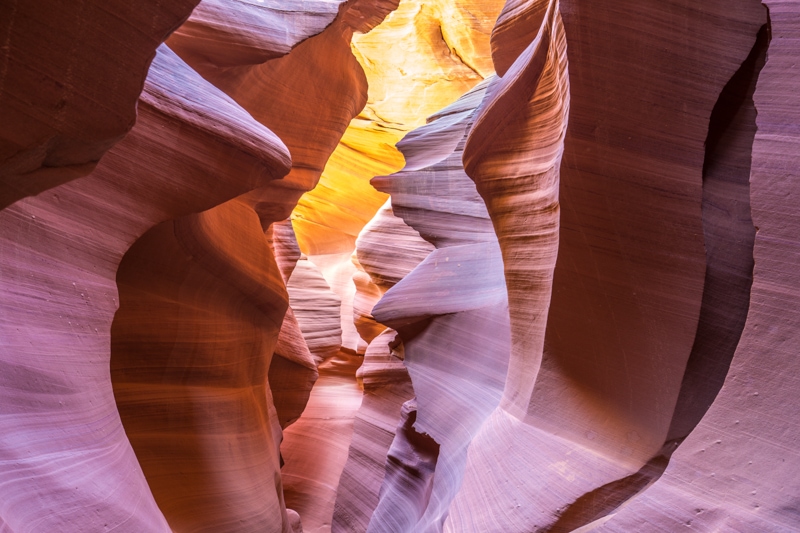 Where do we go from here?

I think the big problem is that a lot of the rules and laws regulating commercial photography and film are way out of date.  The pace at which the social media and blog world has developed is outstanding, and parks and property like Antelope Canyon are just trying to find ways to protect their lands and their natural settings.  But, we would all be served a little bit better by newly developed laws and regulations that took into account the blurring lines between commercial, editorial, and personal usage.

Moreover, I can really see why places like Antelope Canyon and the US National Park System are so strict these days.  On our road trip, I saw more stupid things being done by visitors to the park than I could count – people climbing on arches, people carving their names into canyon walls, and people walking way off trail.  Never in my life have I seen more adults acting like children than in the US parks.  People taking stupid selfies doing stupid things has become trendy, so the parks have to curb it one way or another. 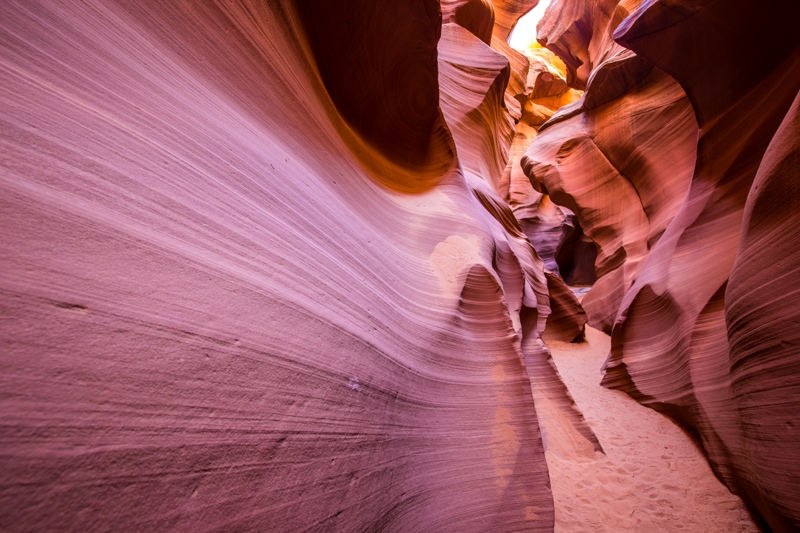 I wish I had more for you.  But, I think that this is a discussion rather than a open and shut case at this point.  There are obviously blurred lines in the world of commercial and editorial photography, and a lot of it comes down to a matter of interpretation.  Personally, I like that the debate is being discussed right now, and would love to continue it down in the comments thread if you’re interested.

I’ve got a cool product to show you in the next couple days called the Radian.  I took it out to Horseshoe Bend and did some star time lapse photography that I hope came out kind of cool.  From there, I’m off to Vegas! Stay tuned.