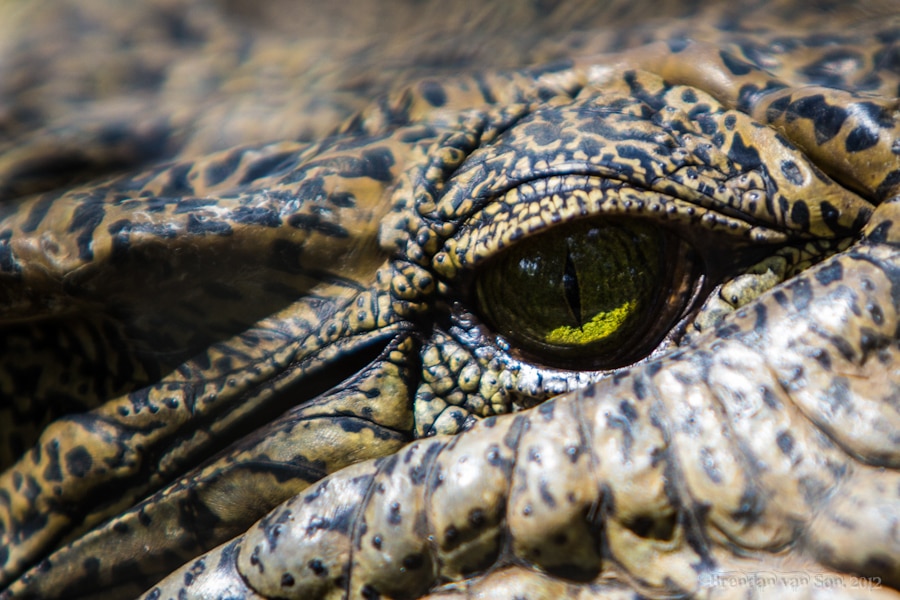 Photo of the Week: Into the Eye of a Croc

In West Africa, crocodiles are often kept in towns since they are seen as a good omen in regards to fertility.  While bored out of my mind, I took advantage of a poor croc that had been locked up in a cage by the Catholic mission in Conakry.  Despite the sad fact that the croc was stuck in a cage, it did make for a great photo subject. And based on the fact that it’s basically illegal to take pictures of anything else in Conakry, I was itching to take photos of absolutely anything.  Anyways, this is what I came up with.

Well, as I mentioned, the croc was pretty easy to get close to since it was behind bars, and the technical side of things is easy: focus on the eye, set the exposure, and fire.  But the trick to this photo is all in the composition.  I placed the eye at the 2/3rds point in the image which is often the most appealing.  And by shooting a tight depth of field (f/2.8) I was able to really create a nice line of vision for the viewer towards the main subject of the image which is of course the eye.  I think so often we try to get the whole big picture into an image that we miss out on shots like this.  Quite often it’s finding the subtle details in the smaller picture that makes for the most pleasing photo.