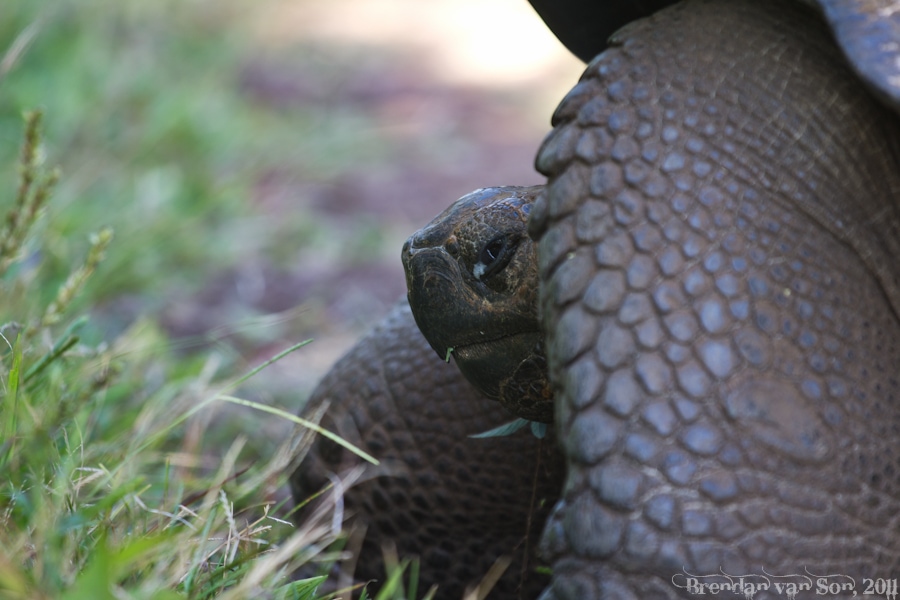 One of my favourite images from the trip. Can an animal look more like a dinosaur?

The Galapagos Islands: A Preview

I’m back from what has been an amazing trip through the Galapagos Islands with my good friends at Gecko’s Adventures.  Although I’m feeling a little bit “land sick” and the room seems to constantly trying to tilt itself on edge, I wanted to share some of the things I saw with you right now.  I’ve got lots more to come in terms of articles, photos, and even a couple videos.  I will have posts both here and the Gecko’s Adventures Blog which you should also check out.  The photos below are just a tiny part of what I captured, many of those images I will be putting up for sale in print form via my imagekind page once I get to some speedier internet.  For now, here is a quick photo preview of the Galapagos Islands.

On the Galapagos Islands there were sea lions basically everywhere.  It got to the point that I wouldn’t even dream of snapping the trigger on my camera unless the seal was yawning, set in the perfect background, or a baby.  The sea lions were as entertaining to watch as any animal on the islands.  The cubs especially drew my attention as the were constantly on the move and never seemed to be able to get comfortable.  Below are a couple of photos of sea lions on the Galapagos Islands, but believe me I have hundreds more.

A Fur Sea Lion A morning smooch… guarenteed to have fish breath What’s cuter than a sea lion? A baby sea lion covering itself in sand. Galapagos Sea Lion Pup posing for the camera

The Iguanas and Lizards

The iguanas and lizards are completely different species to what you would see on the main land.  In fact, on the Galapagos Islands there are subspecies of lizards and iguanas on each of the islands.  There is also an endemic marine iguana in the Galapagos Islands that might be a little bit ugly, but has all the skills in the water of a professional diver.  The iguanas were easy to photograph as they tend to bake in the sun, the lizards were a little more nervous but I still managed more than my fair share of both.

A Colourful Land Iguana Looking like it had too much to drink A Galapagos Marine Iguana after chowing down on some algae or kelp A lava lizard posing on a rock for me.

Although the Darwin Center in Puerto Ayora does a good job with the tortoises I much preferred seeing them in the wild.  My walk in the highlands of Santa Cruz Island to see the famous Galapagos Giant Tortoise was one of the highlights of my trip.  I don’t think that I’ve ever witnessed such a prehistoric creature and such a gentle animal.  Laying down next to the giant animal while shooting photos was amazing.  I could have easily stayed there all day just walking around among them.

One of my favourite images from the trip. Can an animal look more like a dinosaur? I took a shot of my camera next to the tortoise to give it some scale. Lots more photos coming in a post on a later date.

I’m not exactly a bird lover, but I do enjoy the challenge of photographing them.  On the Galapagos Islands some of the birds are a challenge to shoot, but others basically just sit there and beg for photos.  From playful boobies to enormous albatross the Galapagos Islands has a wealth of bird life.  Especially in the winter months when the cold current is around (July to November) the birds are in full force.

A Brown Pelican flying over the coast An Albatross takes flight among the clouds A Blue-footed Booby Poses for the camera A Frigate Bird with his red chest out The profile of a Masked, or Nazca, Booby A Yellow Warbler on a rock A young Galapagos Hawk poses on a rock A Swallow-Tailed Gull looks sinister as it warms up in the wind A Nazca Booby is Silhouetted in the Sunset

The water in the Galapagos is incredible, and a large part of the reason that so many animals come here.  There is a convergence of currents which means a diverse underwater life.  That underwater wealth brings the birds.  I will have an article from the underwater world of the Galapagos soon, but for now I will leave you with a picture from above the water, and a preview of one below.

Perhaps lost among all the animals that you see in the Galapagos Islands is the fact that the landscapes are incredible.  They are also very diverse due to the different ocean currents that pass through.  In one spot you’ll find a perfect desert and later a near rain forest.  The landscapes of the Galapagos Islands are incredible, and in many ways seem like they should be found on a foreign planet.

Of Course no group trip would be complete without really good people.  I was lucky to be a part of a really fun bunch of travellers.

Are the Galapagos Islands in your Plans?

Is a trip to the Galapagos Islands in your plans?  Have you been already?  What images and articles are you looking to see in the future from me?  I look forward to your comments.  Happy travels!