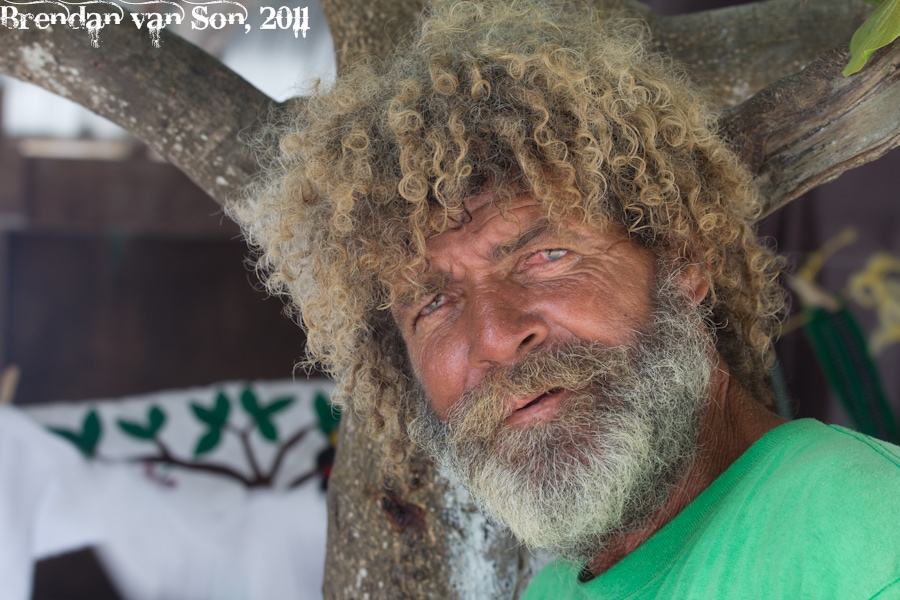 To the tourists he was the "crazy man" but after a bit of convo he proved to be a great guy, with some issues... click to enlarge.
Travel Photography Blog

The Other Side of the Caribbean

As the morning light begins to strike the cool white sand giving it a warm golden glow there is a peace on the island. Ambient light hanging from lamps over the pale sand-paved streets provides a comfortable contrast to the heavy blue clouds on the horizon. It is gentle, peaceful and possibly even poetic. It is paradise. But at further inspection there is something else going on in the Caribbean, something that people don’t feel comfortable talking about, or choose to avoid: the other side of the Caribbean.

The other side of the Caribbean is one of poverty. It isn’t often that people venture to the other side of their islands from their resorts to the towns and villages where even the most basic necessities are often left unmet. I’m not sure that there is anywhere in the world where the divide between those who have those who have nothing is so evident, yet at the same time so perfectly hidden from plain sight.

The other side of the Caribbean is one of drug abuse and alcoholism. Tourists laugh and joke about the fact that each island has its “crazy man/woman” who people try to avoid, or seek out in exchange for a laugh. But when those passing through leave the problem does not. Alcoholism and drug abuse, however, may not be the disease but rather the symptom of a greater social issue. Throughout the world, indigenous and isolated populations all suffer from the disease of boredom and narrowed opportunities for societal growth.

The other side of the Caribbean is one that lacks opportunities for young people to flourish. Those who do not wish to conform to the tourism dependant economies rarely have many options; they can leave their home for the mainland, or struggle to find their own way. Sure many people in the region have done fantastic things, but it would be over ambitious to claim that the opportunities on the islands are anywhere near that of larger cities, more developed economies and more connected regions.

For generations the Caribbean has been seen as a servant to the world’s elite while at the same time struggling with internal issues. As tourists we are partly responsible; not for causing drug abuse, alcoholism, violence and poverty but for turning a blind eye to it. Not many people who have travelled to the beautiful resorts scattered around the region can say they didn’t also see the other side of the Caribbean. However, for too long we have classified these issues under the heading of “things not to be discussed on vacation.”

The Caribbean is one of the most beautiful places on earth. Its see-through waters are so still that they seem to be man made swimming pools yearning for us to swim in them. The soft white sand that coats them is so fine that it fills the lines in our feet as we step softly along them while watching the sun set through a coconut studded palm tree. But the Caribbean isn’t paradise, not for the residents who live on the other side anyways. And until their side is told the Caribbean story will not have been told in the truest of justice.