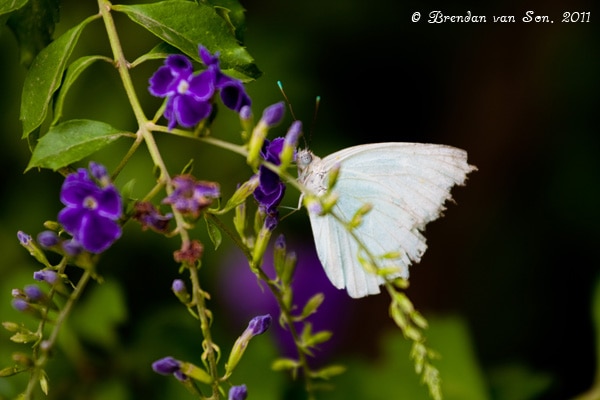 Filadelfia, Paraguay: The Strangest Place I’ve Ever Been 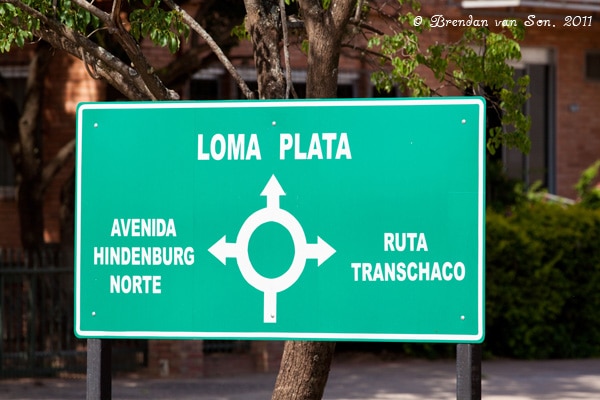 If I keep spinning in this circle does it make this town less strange?

Filadelfia, Paraguay: The Strangest Place I’ve Ever Been

The dusty streets tell the tale of a rural community stuck in the realm of relative poverty; however the cars that drive on them and the houses that sit alongside them tell a completely different story. I walk across the dry red earth of one of the streets towards a massive building signed “supermercado” and I head towards the entrance doors. As I approach the doors my eyes scan for a handle to push, but as I draw nearer the doors slide open automatically and a cool air-conditioned air slaps my face giving me notice that what I am seeing is real. As I enter, a Wal-Mart style shopping center stands before me, and as I walk into the store in more than moderate confusion a shopper passes me, smiles, and says “guten tag.” 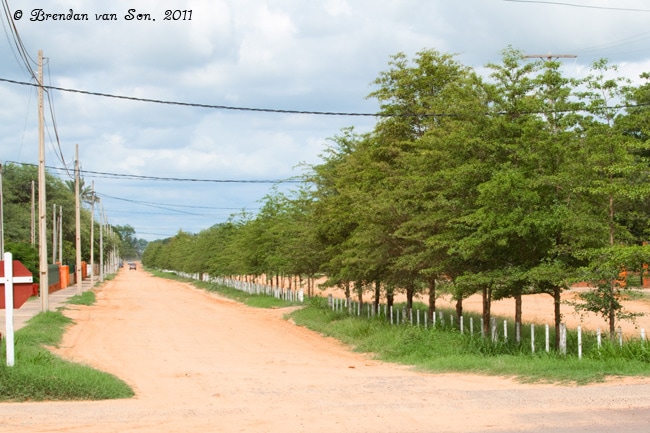 Why need a street this wide with no traffic? Forward planning??

The sensation of being in Filadelfia, Paraguay has all the makings for one of the classically confusing Simpson’s Halloween specials. The city sits nearly in the exact center of South America and in the absolute middle of nowhere. The land the town sits on is scorched and harsh. The Chaco, as the region is called, is known as one of the most inhospitable in the entire world. It is not uncommon for the temperature to swell well above 40 degrees Celsius around midday, while a humidity rating of over 85% is also the norm.  There are times when the area sees no rain for weeks, and others while the train shows no sign of ending. The hard travel to a place such as this will make you wish you had booked one of those Tenerife Holidays instead.  So how did a couple tens of thousands of German speaking people end up plopping down here, in the middle of nowhere?

Immigration has always been something that has intrigued me. Maybe it’s because I’m from Canada, a country where the vast majority of people are, essentially, immigrants. I actually remember when a teacher in middle school asked my class what their nationality was and only one girl claimed herself to be Canadian. We all looked at her in shock. I am a mix of Dutch and British/Scottish ancestry, but others in my class claimed to be English, French, German, Italian, and just about anything else you could imagine, despite the fact that all of us were born in Canada. But immigration to Canada is understandable, isn’t it? We have a high quality of life, since becoming a country we have never had a war on our soil, we have a wealth of social programs, very good health and education systems. and there is an abundance of space for growth in Canada. So while looking around Filadefia I couldn’t help but think to myself “How the hell did you get here?”

A white butterfly in a nearby garden. I think some call this variety of butterflies, moths.

Only after quizzing a local guide named Hans (I swear I can’t make this stuff up) about the history of the Chaco region of Paraguay did I being to gain some answers and understanding to this odd anthropological pairing. You see, the people that settled these desolate spaces in central Paraguay are not your typical immigrants who travelled as small families or couples, they are Mennonites and they moved in force.

The Mennonites are a group of people with roots in Central and Eastern Europe. They formed very guarded communities based their very traditional religous and traditional values rooted in the bases of Christianity. Wherever they have settled in the world they have held strong to their traditions, beliefs, and even their common language of German. Although there are variations of this socio-religious group, most remain resistant to modern changes and advances, and prefer the traditional ways of life. All of that is understandable, but how did they end up in the middle of absolutely nowhere in Paraguay of all places?

In the early 1900s the Mennonites became a persecuted people in Europe. They were pushed from their lands, and worried that the shove of urbanization and modernization would change their traditional way of life, and, thus, many chose to immigrate as a means of maintaining their way of life. Canada became an attractive option for many communities due to its open farmlands, relatively cheap land, and cultural openness. To this day communes are located throughout Central Canada. To my surprise, some families who moved to Paraguay had been to Canada first. 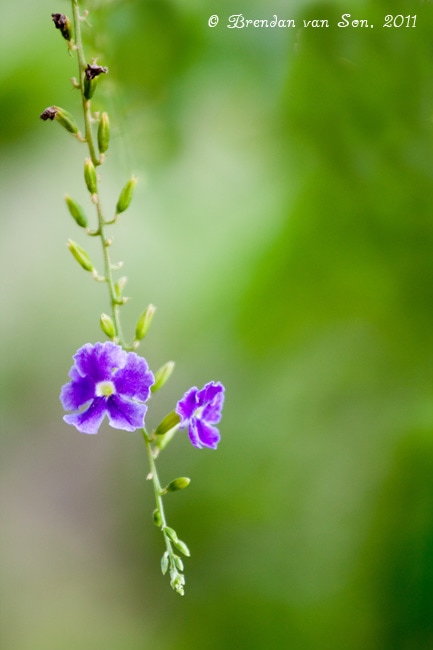 Canada, Hans explained to me, was a great place to farm and continue their way of life. However, many worried that the advancements in development in Canada would put their traditional values at risk and again began to search for a new place to settle. Paraguay, in the mid 1900s, was looking to establish a larger population of people to settle the vast Chaco region for political reasons, continually worried about the potential intrusion of Bolivia (the two did fight over the region at one point in history). The Mennonites were offered large pieces of land in the area, and eventually settled down. This group of people, in Filadefia, however, is said to have come directly from Russia, perhaps via Germany.

Regardless of their method of arriving, the sheer presence of a very conservative German speaking population basically dropped smack dab in the middle of South America is quite amazing. Although the town of Filadelfia doesn’t have much to offer the average tourist, anyone who is interested in anthropology will enjoy a few days of exploring the town. For those heading towards Bolivia or entering the great chaco, Filadelfia will also make a welcomed stop for a day’s rest and some great German style food.