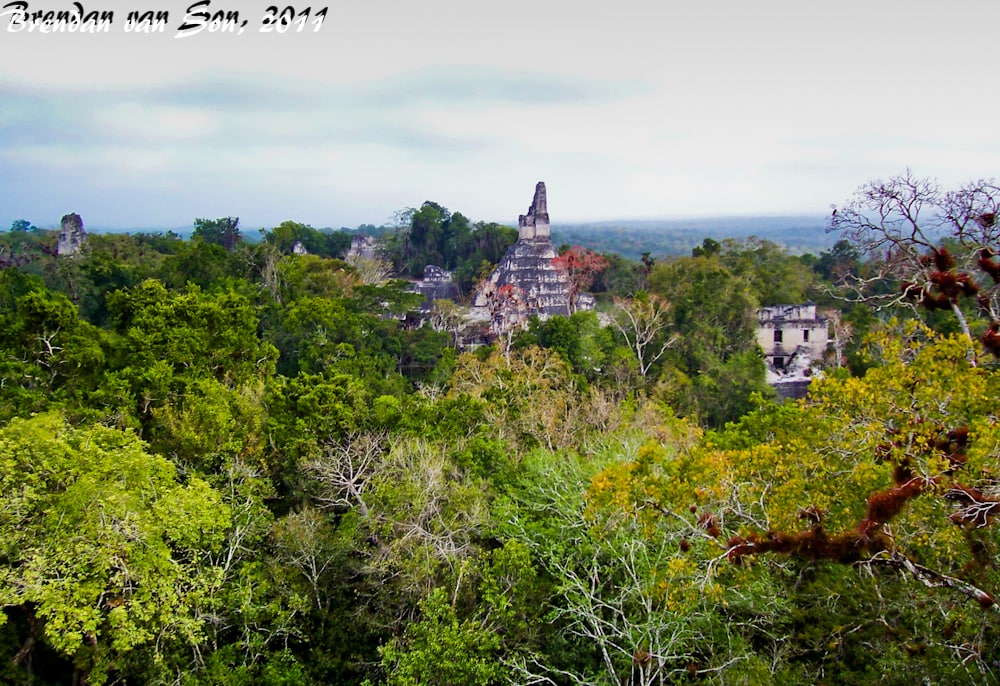 I’ve told the story a hundred times how when I visited the Tikal ruins in Guatemala myself and a fellow traveler paid off the guards to let us stay in the park overnight.  We slept on a pyramid to the sounds of howler monkeys, chirping insects and chattering birds.  But when I never told anyone is that my photos from Tikal were absolutely bad.  In fact, 5 years ago when I was there I may have been the worst photographer in the world.  Most of the photos had overexposed skies, many of them had dull colours, and nearly all of them were poorly composed.  However, I’ve always liked one particular photo I took, one of the landscape shot from my spot on the pyramid as soon as I woke up.  I have always wanted to fix that photo and today I have.  I will walk you through the process on Adobe Lightroom using a bunch of screen shots.

Below we have the image in the develop section of lightroom.  As you can see it needs work.  For one the sky is blown out, we’ll see if there’s something we can do about that, there is also a little too much sky, then when it comes to the colours, it all just looks a little bit bland.  My Goal in editing this photo will be to try to bring out a bit of wow factor in the colours and contrast. 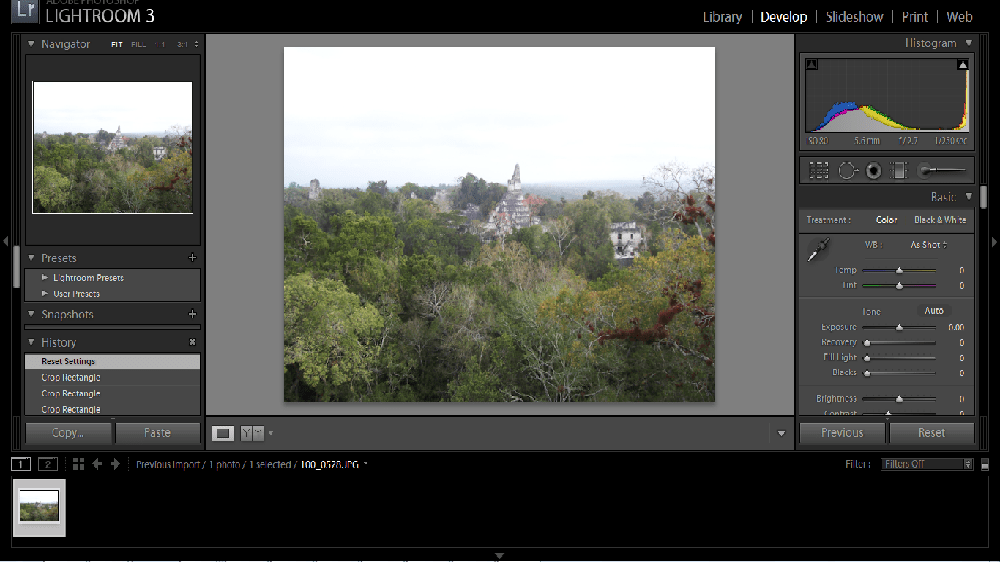 Now what I’m going to do is try to bring out a little bit of the sky.  To do that I’m going to use the gradient tool which allows me to drop the exposure for one part of the image while keeping the other the same.  The sky is fairly blown out, so I can’t imagine I’ll be able to draw out too much. 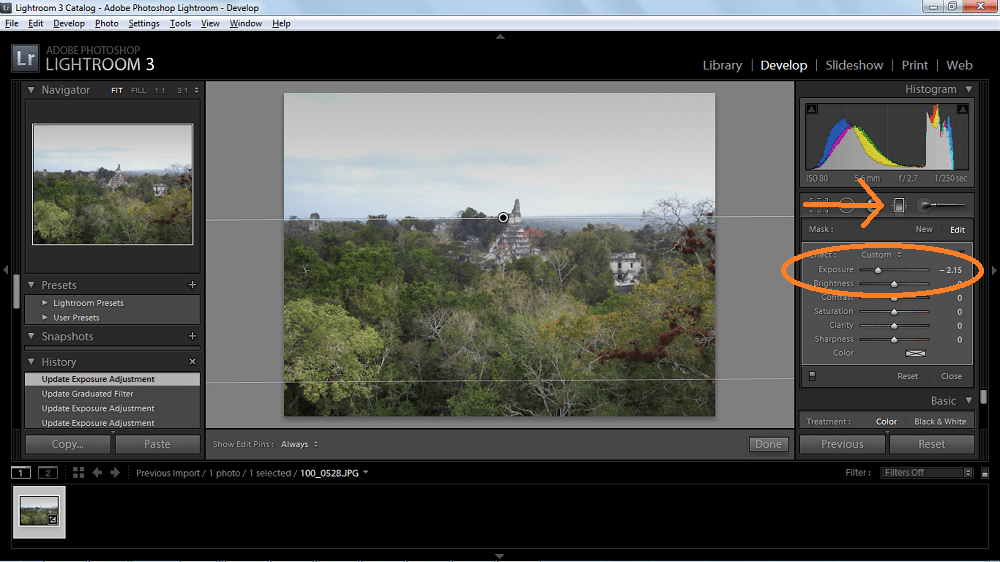 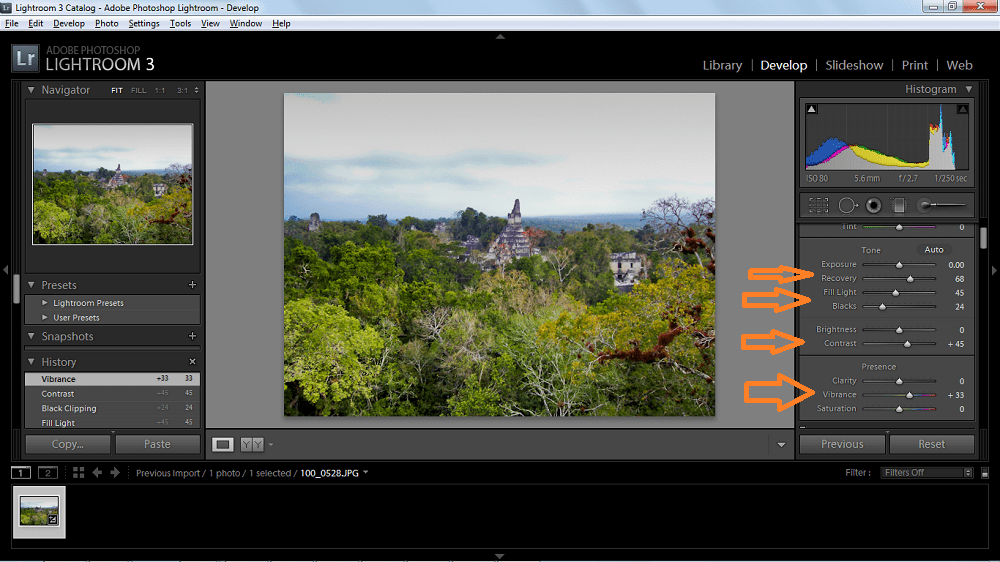 As we move we are going to play with the tone curve a little bit to, again, bring as much life to the image as possible.  Highlights moves the top bit of the histogram the very light areas of the image, which in some cases means you can get back some of the blown out sky.  Unfortunately in this image the sky is too blown out, so my use of this is minimal.  Lights takes a wider swath of the lighter parts of the image, I want to lighten up the temples, so I’ll do that with the lights function.  The darks is the wide swath of the dark areas of the image.  If you move it up you’ll brighten up the darker parts of the image, if you drop it the darker parts of the image become darker (simple right?) I’m not going to move this very much.  Finally, the shadows works exactly what it sounds like.  I’m going to drop the shadows a little bit to add even more contrast to the foliage in the foreground. 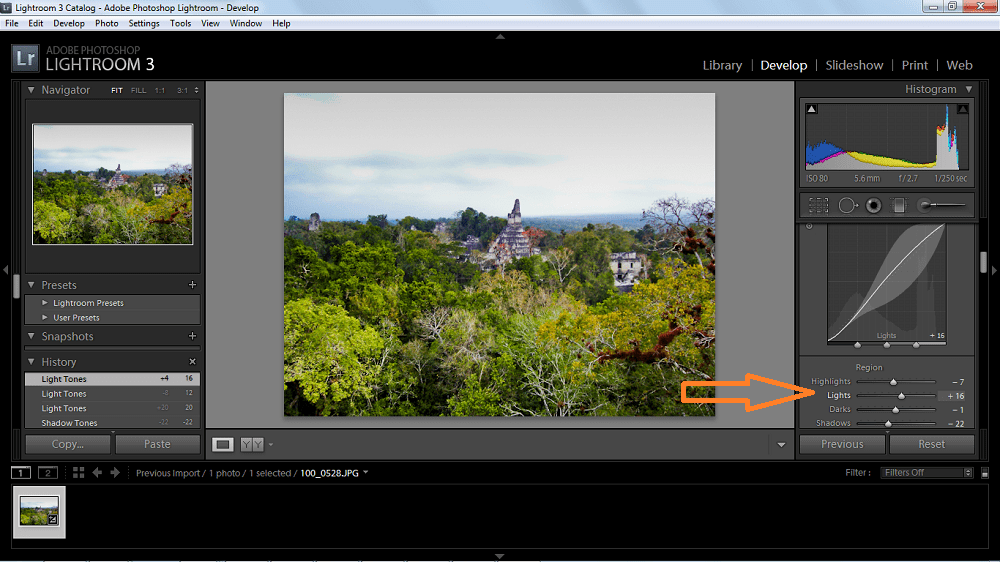 And finally I’m just going to go back and use the crop tool to trim out some of the sky and but the horizon firmly at the two-thirds mark of the image. 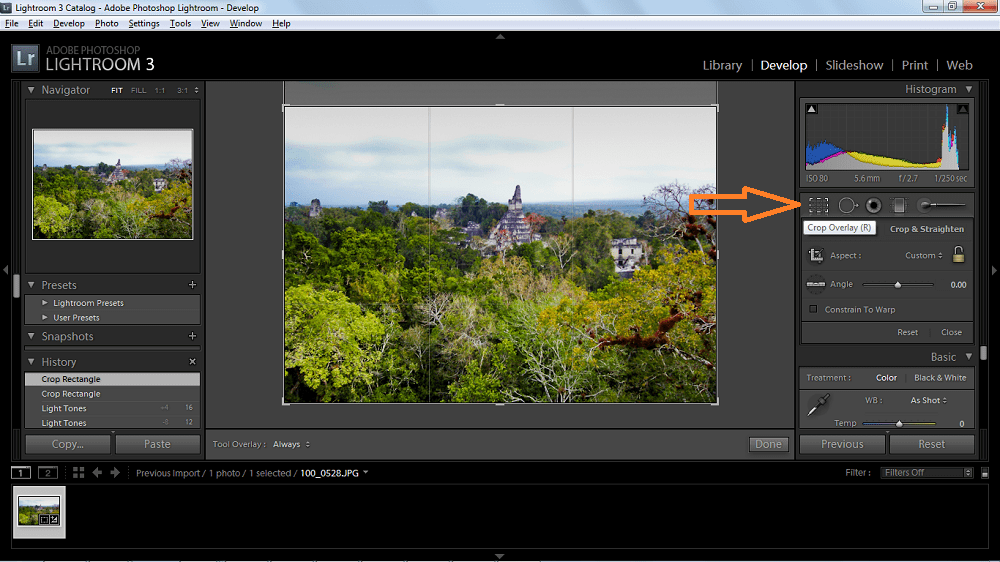 And now we have our final image.  Check out the two images below and see that this quick editing (it took me about a minute or two) makes all the difference in the world. 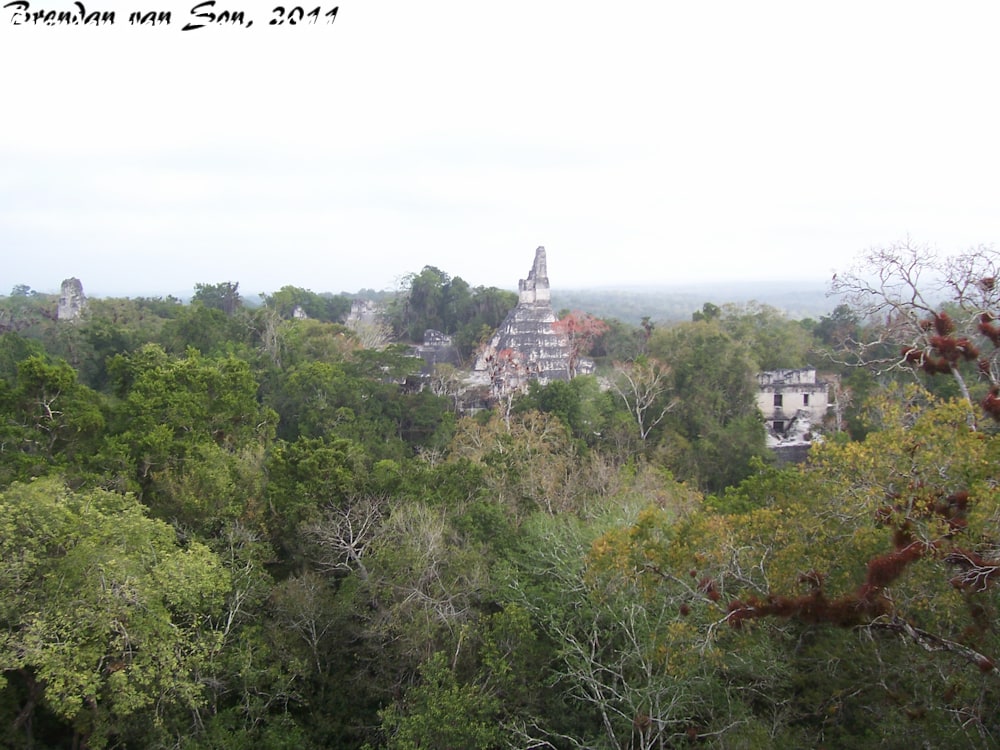 Looking for more help with your photography skills? Use a point and shoot camera?  Check out my travel photography eBook.