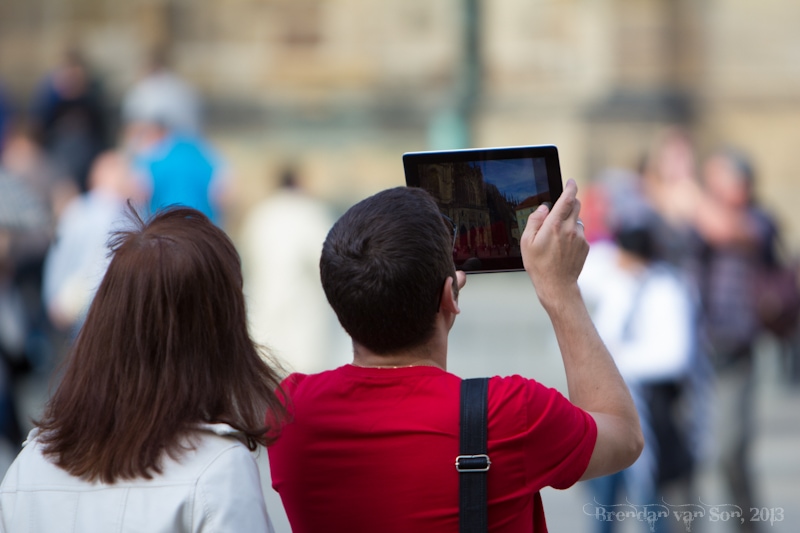 Trends in Travel Photography: Observations from an Out of Touch Photographer

I’ve been keenly observing my surroundings since arriving back in the “western world”.  After leaving Europe for Africa nearly 18 months ago, I’ve seen a lot of changes in general.  Leaving for Africa for 18 months, then returning, is like going through a time gap.  In general, the changes I’ve been observing most keenly are those that relate to photography.

You might remember last time I was in Europe I found myself dumbfounded by the amount of people that were shooting DSLRs who shouldn’t have been.  The rise of the cheap entry-level DSLRs was obvious, and it seemed that everyone and their 4-year old in a stroller was shooting them.  I had expected, that over the 18 months I had been away, that the rise would only have continued.  To my surprise, I noticed a number of different things in regards to the trends in photography.

Now remember, this is not based on some sort of grand research I’ve conducted in regards to the trends in photography.  I haven’t looked at sales reports, but merely have been watching what other people are shooting, and how they are shooting them.  These are the observations from an out of touch travel photographer. 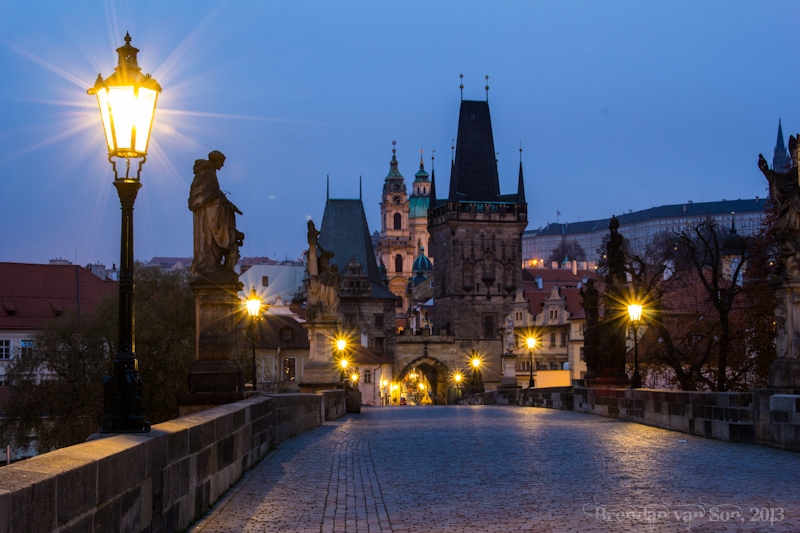 Prague was an awesome place to photograph, but also a great place to tourist watch. Many of these observations come from there.

The Rise of Smartphone Competitors

The last time I was in Europe I would guess that 9.5/10 smartphones taking pictures were iPhones.  This time around I’d guess that’s somewhere around 7/10.  And well it seems to me that the Americans are still really using iPhones to take pictures, members of most of the other nationalities are choosing the competitors like Samsung. HTC, and Nokia.  Not only are there more competitors out there to iPhone, but more people shooting smartphones in general.

In regards to whether the photography quality of smartphones? As you all know, I’m a huge fan of my Nokia Lumia 1020, and I’ve constantly told people if you want to take good pictures, but don’t want to “learn photography”, then don’t bother buying a DSLR, just get a good smartphone like the Lumia 1020.  It seems that lots of people have also come to that conclusion.

On a related note, I think apps like instagram have really helped push things in the direction of smartphones.  Forget the bullshit that says the average tourist takes photos to store memories.  Well that may be the case, many tourists take photos to brag about where they’ve been, and apps like instagram have enabled the “photography for bragging” element.  Especially the 16-30 age demographic doesn’t want to shoot a point and shoot or DSLR because they can’t upload their photos to instagram.  Well, unless they have a wifi enabled device. 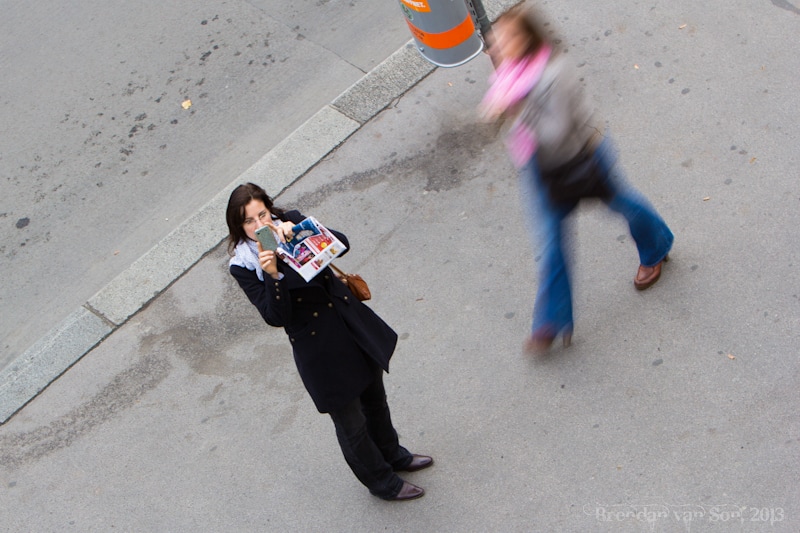 The Point and Shoot is Dying

Obviously, I think this relates a lot with the rise of smartphones.  The average consumer that shoots a point and shoot camera doesn’t want to control features like ISO and shutter speed, they want to shoot them on auto.  Most smartphones are the ultimate “auto”.  There is nothing confusing about them, you just hit the button.  For most tourists, that’s all they want.

If I’m a photo manufacturer I’m worried most about this sector.  You’ll always have your DSLR shooters, but you have to wonder if you’ll lose all your amateur sales to the phone manufacturers.  Canon and Nikon aren’t in the business of making phones, and the only reason I’d ever buy a point and shoot as a consumer right now is if I were on vacation, lost my smartphone and couldn’t afford to buy a new one.  Perhaps the future is some sort of collaboration between camera manufactures and smartphone makers?  But would smartphone makers ever share a part of the pie?  We’ve seen Carl Zeiss lenses on the Lumia 1020, will we someday see Canon lenses on Samsung Galaxies?

More “real” DSRLs and a Decline in entry-level DSLRs

As I mentioned in the intro, I saw heaps of entry-level DSLRs last time I was in Europe, and it drove me insane to see people shooting them on auto and firing the flash at buildings in the middle of the day.  And well there is still lots of that going on right now, it is far less than before.  Moreover, I’m seeing far more big DSLRs.  I’m assuming that there was a split over the past year in which people said either: ok, I’m getting the hang of this photography thing, it’s time to upgrade OR, I hate lugging this thing around and my smartphone takes good pictures I’ll just use my phone. 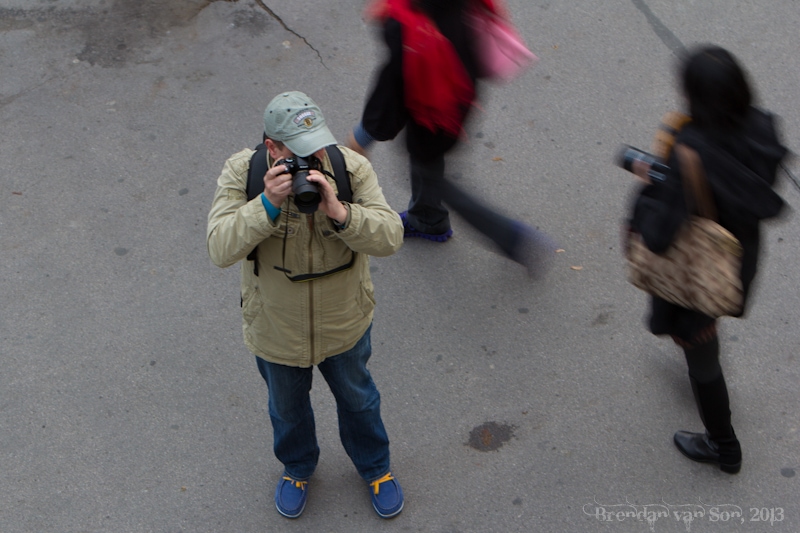 “THAT’S NOT HOW YOU HOLD A CAMERA, NOOB!!!” – Angry photography observer (AKA me)

The Lack of Mirror-less Cameras

This was actually the biggest surprise to me.  I thought that mirror-less cameras would take off.  I was away when all the big models were released, and in my head I just imagined that everyone would be shooting them when I got back.  But, I don’t think I’ve seen any sort of substantial increase in their use, not in Europe anyways.  I imagined that the mirror-less cameras would be the perfect compromise consumers were looking for: high-quality images, good quality glass, and not too massive to pack around. But well personally, I love the quality of products like the Fuji x100s, at a price tag of about $1,300, I imagine most people would just buy a DSLR like the 70D.

Also, with the flop of the Canon M, you have to wonder if people trust mirror-less yet?  Do consumers see the small package and think “there’s no way the quality can be as good as the big ones.”  Are the consumers wrongly putting mirror-less cameras in the same category as the point and shoots?  Maybe the manufacturer is ahead of the consumer in this case.

The Rise of Tripods

As a photographer, this trend really made me happy.  I am seeing a lot of good travel tripods so far in Europe.  And not only am I seeing them being used by people with DSLRs but also people shooting point and shoots and smartphones.  I’m not sure where this trend started or why, but as someone who loves seeing the industry evolve, I’m so stoked to see so many people actually taking it seriously.  The photography knowledge of people I’ve met out shooting this time ’round is miles higher than before. 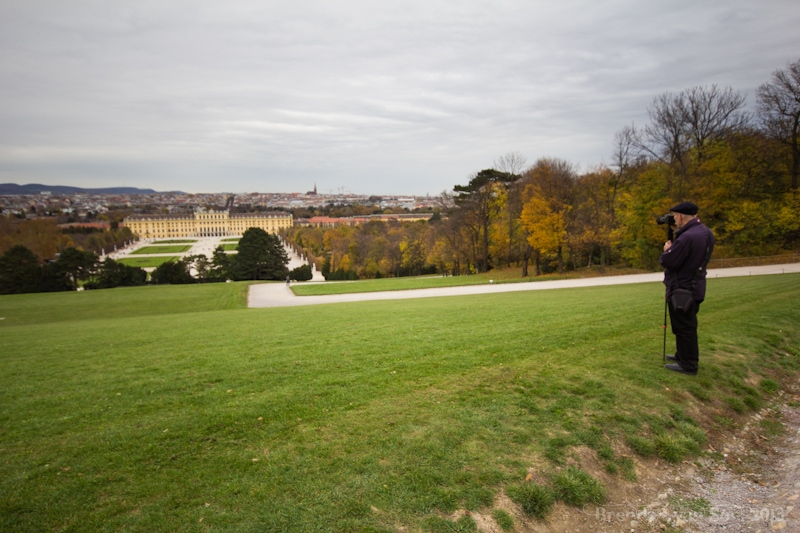 Every time I see someone using a tripod with a point and shoot or a smartphone I just want to go up and thank them for being awesome.

When iPads came out, I imagined the market was likely for young kids wanting to play games and watch movies.  Instead, the biggest market I see using them now are 40-65 year olds.  You see these people everywhere, holding up their iPad and it’s case to take a photo of a cathedral, river, or squirrel.  I was quite surprised to see this trend at first, but then it started to make a lot of sense for a couple reasons.  For one, older people have poorer eyesight and probably appreciate being able to see the photo on their big screen, and have an easier time with the buttons than on a smartphone.  Moreover, the younger people would be far more worried about “looking silly” while taking pictures on one.  The kids might be using the tablets for games and such, but they’re certainly not taking pictures on them.

I’m curious to hear from the others out there.  What trends are you seeing in the world of photography today?  Let me know in the comments below.