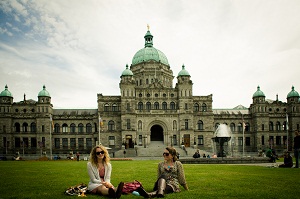 Revisiting Van and Vic in Photos

When I was in university, which seems like ages ago, I put myself through school by working as a driver guide for a tour company in Western Canada.  As such, I’ve spent a whole lot of time in places like Vancouver and Victoria.  The only thing is that I have never really spent a whole lot of time photographing either city.  When you’re working you don’t want to look like a tourist snapping photos, and when you’re off the books you want to be in bed or a pub.

Luckily, I found a way back to the beautiful west coast of Canada via ExploreBC.  The majority of places we are going are places on the roadtrip I’ve never been.  However, I had also been looking forward to seeing these familiar cities nearly as much as the new ones for a chance to finally capture them on film.

Below I have included my favourite 20 photos taken from Vancouver and Victoria over the past 3 days.  The photos are very loaded toward Victoria because I had very limited time in Vancouver, so if you’re from Vancouver please don’t be offended and refrain from the “I can’t believe you don’t have a picture of Stanley Park!” comments for now. They also include some surrounding areas like Butchart Gardens and the BC Ferries ride from Vancouver to Swartz Bay.

Vancouver Skyline from Vanier Park at Dawn Vancouver Skyline in Black and White Outside the Empire Theater in Vancouver Great Mussels from the Yaletown Brewpub Heading through the little islands on the way to Vancouver Island The Amazing Sunken Gardens in Butchart Gardens. The Sunken Gardens from a different perspective than the classic angle. A Bloom at Butchart Gardens More flowers from Butchart Gardens Last flower photo from Butchart Gardens… I swear. Ok, I lied… well, this is the last one, although I have plenty more! Getting High Tea at the Empress… Some chicas hanging out at the BC Parliament Buildings A real life Mammoth at the Royal BC Museum. Seafood poutine from Red Fish Blue Fish…so good. Carriage ride good sir?? The BC Parliament Buildings at dusk, with the Totem Pole in the Foreground The always classy Empress Hotel Such a Beautiful Colour Palate A Pano of the entire Victoria Inner Harbour including the Parliament Buildings and the Empress Hotel