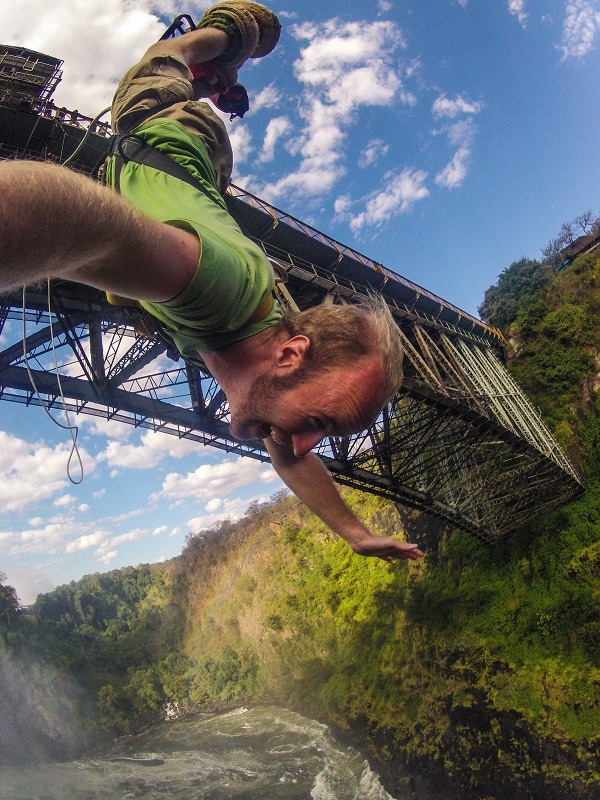 Video: The Time I went Bungee Jumping at Victoria Falls

Easily one of the highlights of my trip through Southern Africa was the various times I did the bungee stuff at Victoria Falls.  This is some video footage from the first time I did it.  I’m ashamed to admit that I lost a little bit of footage from the bungee jump, but there is still quite a decent amount of video for the episode of It’s my Life 365.

Anyways, if you’re ever in Livingstone, Zambia or over on the other side at Victoria Falls, Zimbabwe, be sure you head to the bridge to get yourself out on this bungee.  Basically, the way I did it is a part of a combo package you can do.  I started by doing a zipline that runs from one side of the gorge to the other.  The second thing was the bungee jump, which was absolutely intense.  I finished it all off with what is called a bridge swing, which is essentially a foot-first drop into the gorge and then you are swung through the canyon.  It was the most fun of the three in my opinion.

I hope you’re enjoying the videos from Africa.  There are loads more still to come.