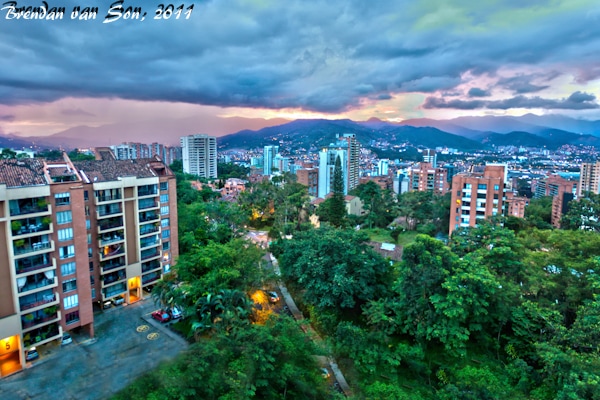 Views from the Apartment in Time Lapse

I’ve been in Medellin for nearly 2 months now, and I can’t believe how fast time has flown by.  It seems like just yesterday I completed my 80 bus hour journey from the border of Guyana and Brazil to here in Central Colombia.  While in Medellin I’ve been staying at the apartment of Marcello from Wandering Trader’s Travel.  The apartment is blessed with some absolutely spectacular views over the city and the valley that it sits in.  With the opportunity for an elevated view, and some time as well, I decided to make a time lapse video of views from the apartment.  If you’re interested in the making of this video read on below. Otherwise, just turn on the full screen and enjoy.  However, if you like the video I would love if you went over there and gave it a “like.”

Views from the Apartment in Time lapse from Brendan van Son on Vimeo.

About the video.  Over 1500 photos have gone into the making of his 2 minute time lapse video. I shot the scenes over a period of about a week.  I wired my camera to remote shoot through my computer and then I have created the video format via the windows movie maker program which was painfully slow, yet effective.  The shots of the street below and the park have all been tilt-shift edited, which means that I had to go into each and every image and edit them to give them that miniature look, a process which took about 5 hours in total.  The shots of the clouds were 600 in total and at two points caught airplanes in flight, see if you can spot them  No fancy equipment was used in the creation of this video, just my camera, my computer and the EOS Utility software that came with the camera. 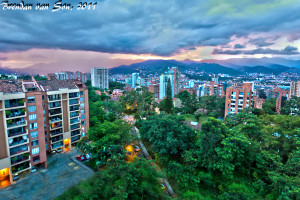