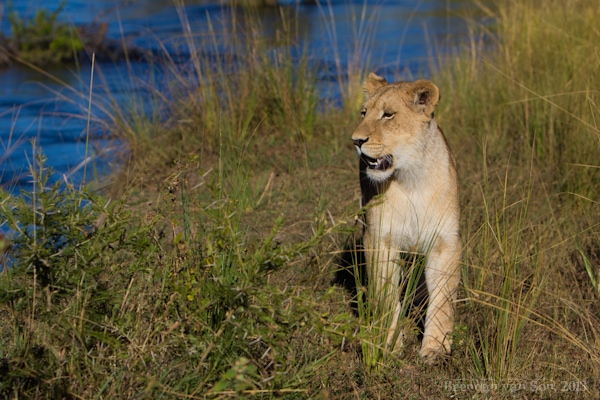 Walking with Lions in Livingstone

I’m handed a stick and the guide demonstrates to me how to use the 3-foot long twig to keep a lion at bay with it.  I laugh as he scratches the ground and tells me that the tapping stick will distract the golden cats from the idea jumping me and turning me into a ball of string.  He tells me not to crouch and certainly not to do so directly in front of the lions.  I’m too hungover from an evening on a booze cruise with a crew of backpackers and peace corps volunteers from Jollyboys to really understand what I’m about to do: walk with lions. 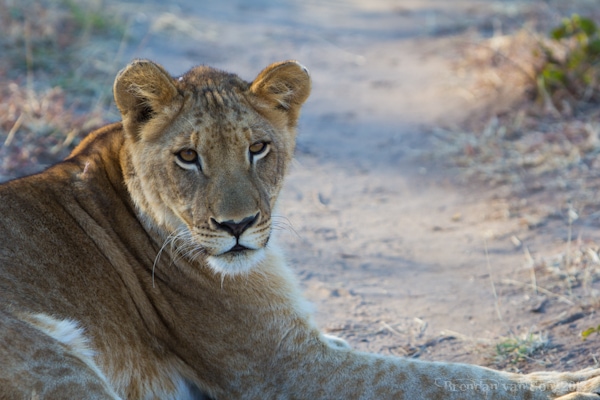 I’m in Mosi’oa Tunya, Zambia’s smallest National Park, which is situated just outside of the tourist hot spot of Livingstone; just a couple kilometers down the road from the famous Victoria Falls.  In the park, a group called Alert and a number of volunteers are working to not only protect the few lions in the region, but also to raise orphaned lion cubs to the point that they can again roam wild and free in the Zambian savannas. 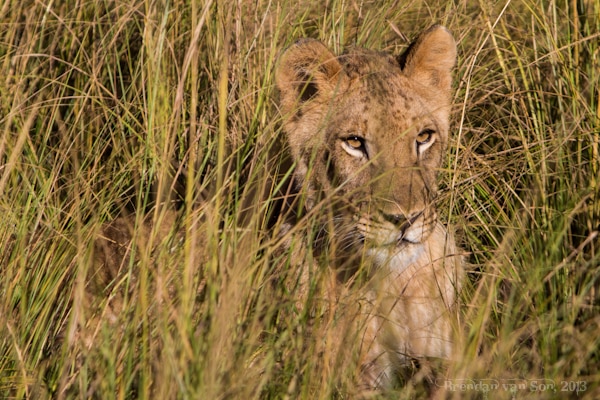 Part of the process of raising a lion is teaching it the social aspect of living in a pride.  Part of that tutorial is going for walks through the savanna.  In the simulated pride, volunteers, guides, and very small groups of tourists take the role of dominant lions and the cubs follow along, tracing the movement of the leaders.

Today, I walk with a couple eleven-month-old female lions.  As we walk, they play in the leaves of small bushes, they wrestle amongst themselves, and they practice stalking one and other in the tall grasses of plains.  Though they are only eleven months, they are powerful.  Muscle creeps out of their shoulders as they step, their wide jaws cramp down on whatever they want, and at a moment’s notice they go from a standstill to a sprint and an attack. 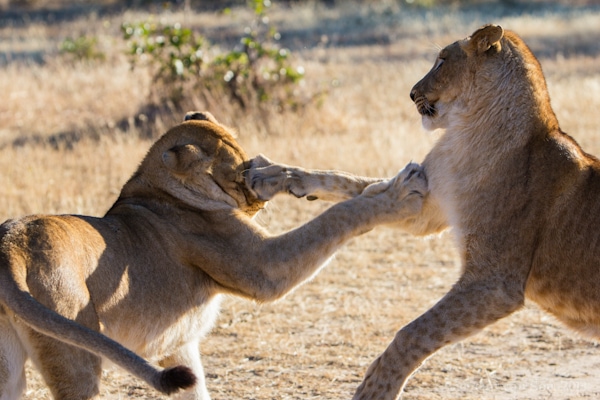 There are few feelings like locking eyes with a lion just a few feet from you and knowing that if it wanted to it could tear you to shreds.  The stick they handed me at the start of the lion encounter offers little reassurance.  But at the same time, the closeness to these animals provides a connection between man and animal that simply wouldn’t be possible anywhere else.  The lion looks at me curiously, and I return the curious gaze at her.  There is such power to her stare.  I wonder if she’s trying to understand me, or if she’s trying to decide if I’m prey.

We reach the banks of the Zambezi River and the lion sisters gently stride towards the shores.  One sits staring off into the distance while the other crawls to the edge for a sip of the swiftly moving water.  Though they are not yet wild, they appear free; they seem to understand their world. 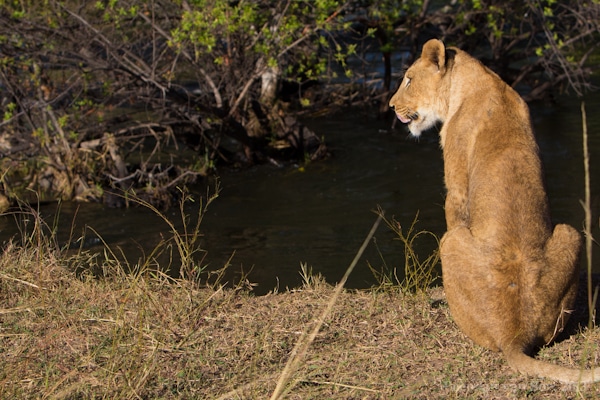 Soon they will be wild.  Soon these plains and river edges will be their domain.  They will rule the wild lands of Southern Africa.  They’ll chase impalas and relax under the light shade of acacia trees.  Someday they’ll have cubs of their own to teach about the world around them, to take on walks through the bush.