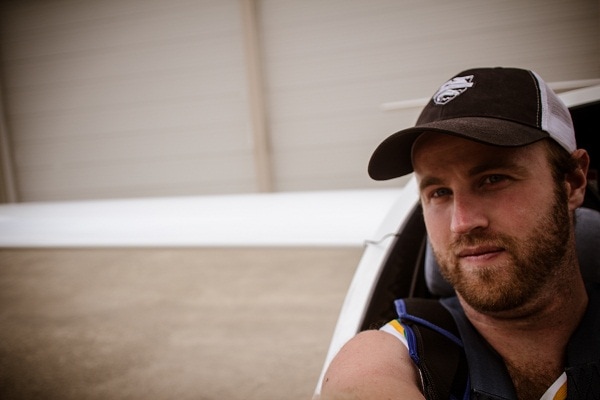 When I Grow Up I Want to Fly

The glider takes a mere couple of seconds to hop off the runway in Pemberton, British Columbia.  At first, it feels like the sports car of airplanes.  My feet lay almost flat with my waist as I am squeezed into the cockpit as aerodynamically as possible.  But it isn’t until the pilot shuts off the engines while hanging a couple thousand feet off the ground that I really do feel the full effect of the glider; the full effect of being fused to nature.

We pull off our headsets and float gently and silently along a mountainside.  The trees look like a thick shag carpet below, and snow still caps the mountains that seem so close you want to see if you can reach out your hand and touch them.  Unlike other planes, there is no engine churning and disrupting the peace up here, we are at one with the sky.  Before this moment I always wondered what it felt like to be a bird, now I wonder no longer.  We are at the bay of the winds, not an element within the environment, but part of it.

I look down at the world below, which looks so peaceful. From up here the scattered town of Pemberton looks so simple, it is a smattering of lines in the landscape, and communities etched among the trees.  Looking down, I think about humankind, and how interesting it is how we organize ourselves within this natural world.  I wonder if the birds ever look down on us and wonder what it’s like to walk, drive, or float down the river.  They probably don’t; they have it best up here.  Someone famous once said something along the lines of “I used to look at birds and say how wonderful it would be to go wherever I wanted.  And then I realized I could.”

For me, it’s hard not to find inspiration up here among the thermal winds of the Pemberton Valley.  And no matter how much at feel apart of nature in this moment, I can’t help but be amazed at the genius man/womankind has created.  I can’t help but be excited for what great creations the world will still see.  Things we have yet to imagine possible.

“I’m up with the birds today,” I think to myself. “Maybe tomorrow I’ll be among the stars.”

We cut through a low cloud. The glider sinks and then is forced up again as I am reminded that we are at whims of nature.  Regardless of how ingenious man becomes, we will always be at her whims.

When I was young I would look up at hawks and want to be one, but today, I want to be in a glider.  And I am.