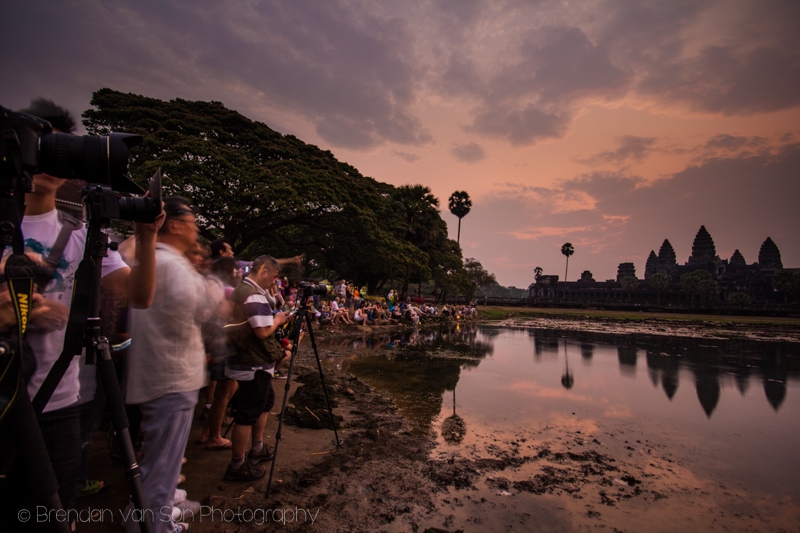 Angkor Wat and its Crowds

I couldn’t resist the need to visit Angkor Wat for that famous sunrise photo.  The only problem is that I wasn’t the only one up to catch that shot.

By the time that Tiffany and I had gotten to the place to take the classic image of Angkor Wat, there was already about 100 people there as well.  I had to slog through the insect-ridden pond and soak my feet in mud to get to a place where I could set up my travel tripod uninhibited.  I certainly wasn’t alone.  Around me, there were at least 15 other tripods set up.  I felt like I was standing in a gallery of sports photographers.

Of course, there were also those who just felt the need to reach over my shoulder and shoot the scene pitch black on their iPhones, hoping for the same results as I achieved.  Of course, there were the dozens of people who somehow thought that firing the flashes on their smartphones or handheld DSLRs would magically cast light on the temples a hundred feet away.

In many ways, it was infuriating. As a travel photographer, I had been hoping to add this shot to my portfolio for ages.  But how can I be mad?  The hundreds that surrounded me by the time the sun had begun to rise over the temples were there for the same reason as I was. 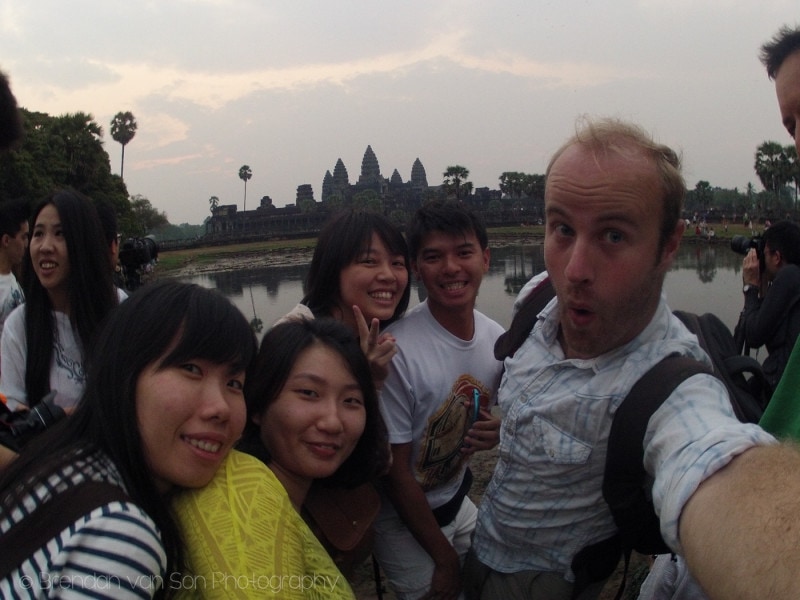 The most important lesson I’ve ever learned when it comes to shooting classic scenes like Angkor Wat is to get the most obvious photo out of the way first.  If you go out and grab that first image, that one that has so obviously been staring in your face for years, it allows you to then go about your business and find creative ways to shoot the same scene, or new scenes, without that other image weighing on your conscious.  Moreover, it lets you go on and continue exploring new areas without feeling restricted to that one image. 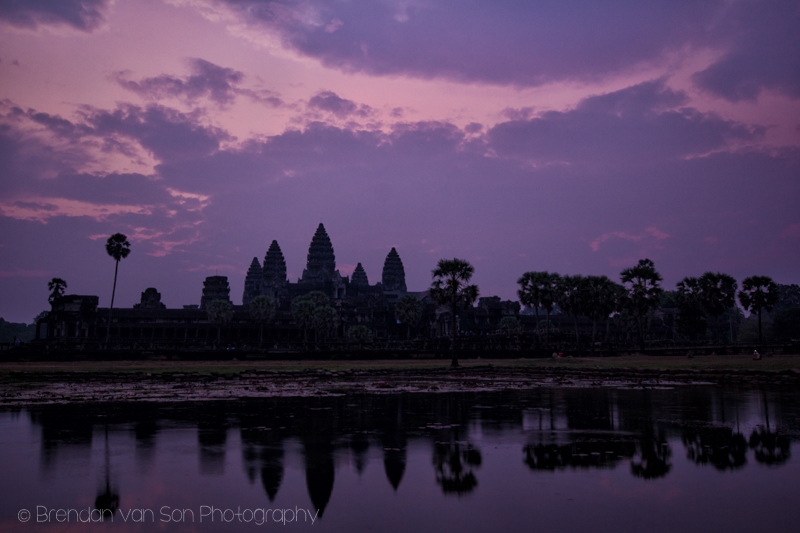 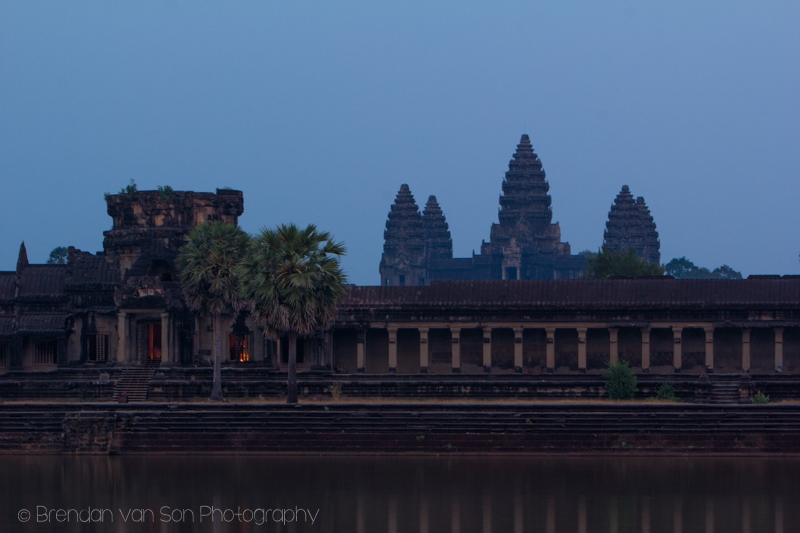 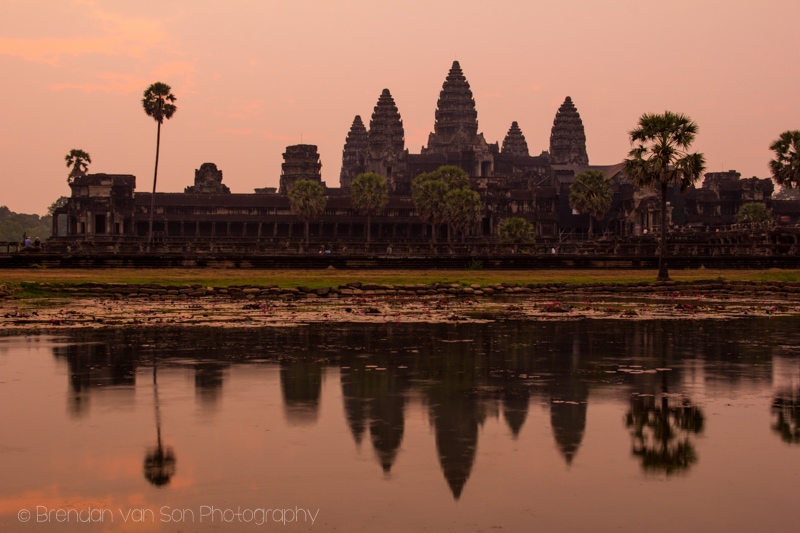 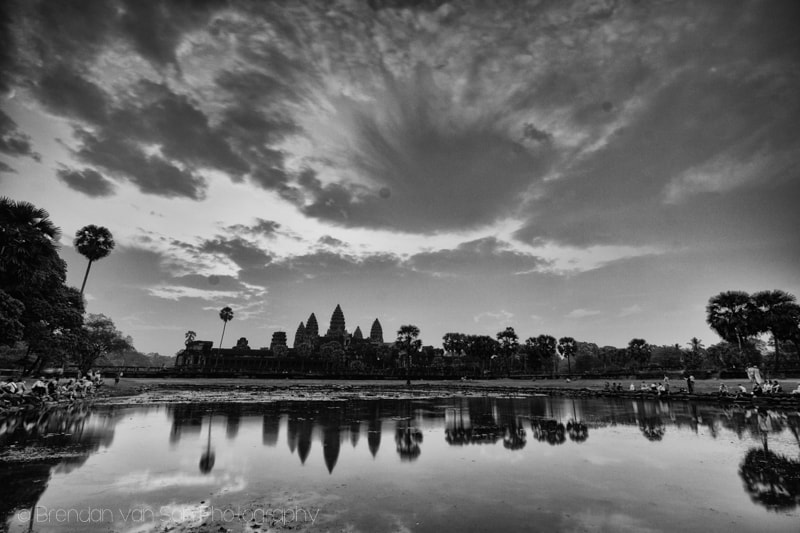 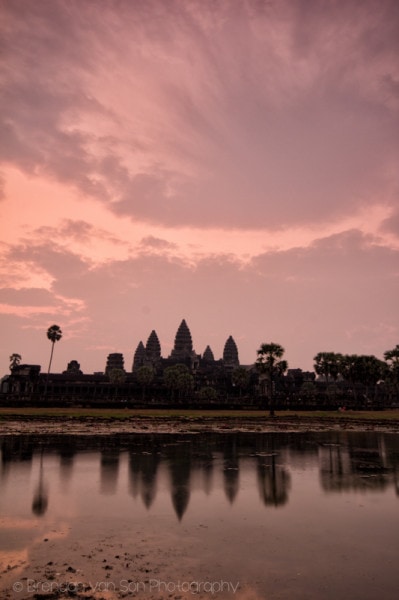 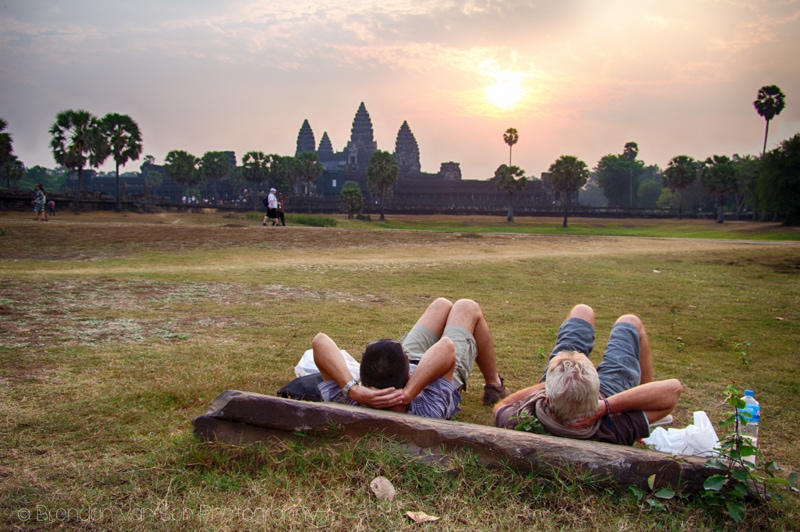 In the end, Angkor Wat was ever bit as spectacular as I expected it to be.  Sure, it’s crowded, but it is very much worthy of the praise and hoards of tourists.

However, I urge you to tune in for my next article where I got away from the classic shots and moved to some of the lesser known areas of Angkor Wat Archeaological Park.