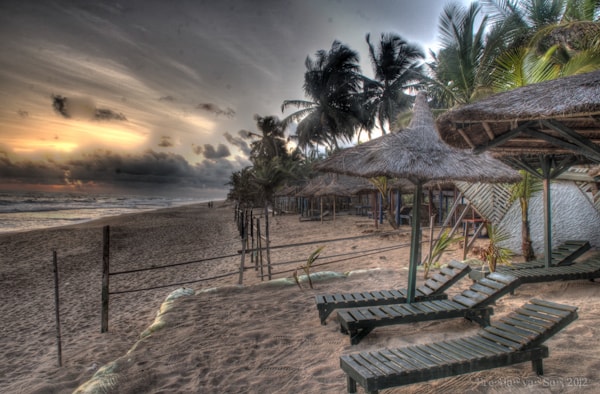 Are Backpackers Full of Shit? All Alone on a Beach in West Africa

Are Backpackers Full of Shit? All Alone on a Beach in West Africa

West Africa isn’t an easy place to travel.  Anyone who tells you differently is either lying or travels on a much higher budget than I do.  From the moment I left Guinea-Bissau, to the moment I arrived in Cote d’Ivoire there had been bumpy, sometimes impassable, roads, poor transport infrastructure, lots of rain, and a number of challenges with military personnel.  But the truth is that through all the hard stuff, perhaps the most difficult part of travelling West Africa, is the fact that I’m all alone out here.  And my arrival at Grand Bassam is an example that almost fringes on hilarity. 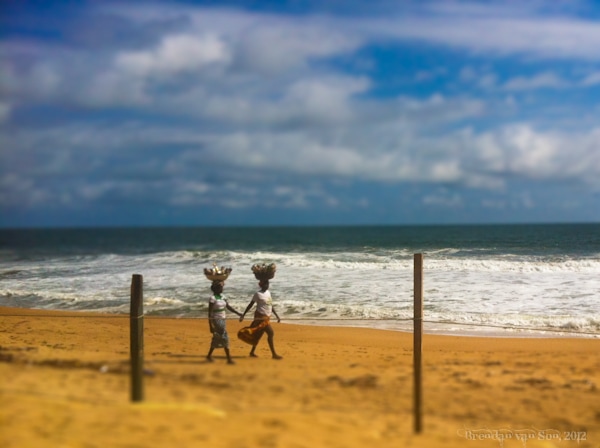 It’s something I expected coming to West Africa, and to be honest I think it is what held me back from coming here earlier.  I knew that there would be few other tourists, and as a people person that was hard for me to grapple.  How would I handle months on end while seeing only a few fellow road warriors? Who would I exchange stories and information with?  Who would I share beers and dance floors with?  However, I never really expected the void to be as wide as it has been.  In fact, between The Gambia and Bamako, Mali a period of nearly 100 days, I didn’t see a single other traveller.  Grand Bassam was no different.

I decided to spend a week at the beach town of Grand Bassam rather than another one of West Africa’s hidden gems, Assinie, because I missed seeing other tourists; backpackers in particular.  Grand Bassam, the tourism centerpiece of coastal Cote d’Ivoire, surely would put me in the path of some of those tourists.  Instead, I once again found myself alone at a table for 4 in a restaurant of empty tables on the beach.

I asked the manager if there were other bookings, to which I received a bit of a laugh and a reply that I was the only one.  The combination of the wet season and the fact that Cote d’Ivoire’s civil war is still fresh in European minds means that tourism is down to desperate levels.  I wondered if it was only my hotel, so I spent each night dining at other resorts along Grand Bassam’s waterfront.  The void was seen across the board.  Sure, a couple places had guest staying: embassy people, wealthier Ivorians,  UN workers, etc.  But tourists? Well, according to one hotel owner I was the first true tourist they seen in months.  And the fact of the matter is, although I don’t announce it, as a journalist I’m not exactly a typical tourist myself. 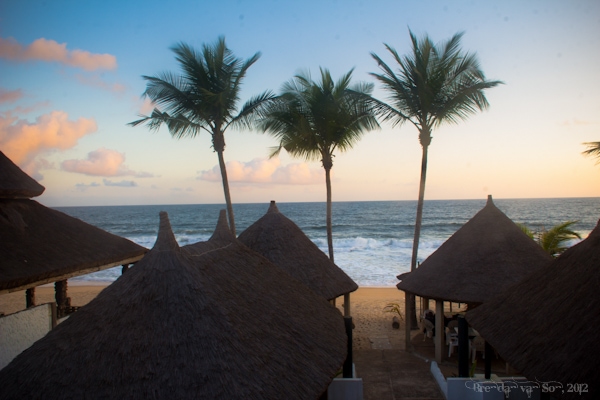 I managed to stay in Grand Bassam for 7 days in a room on the water that cost $15 a night and starting thinking about my fellow backpackers.   Are we all talk?  Are backpackers full of shit?  Of course we are.

You see, wherever we go, backpackers sit around a fire, a table, a couple beers and brag on end about discovering “the spot” before it was popular.  We brag about going to places that are hard to get to, that challenge us. Hell, we even brag about the places that gave us the runs.  But at the end of the day, we are just as soft as anyone else, and the lack of backpackers in West Africa proves that.  West Africa is full of the opportunities that backpackers love telling stories about, yet their absence is deafening.

The truth is, at the end of the day, no matter what backpackers tell you, we want the same thing as every other tourist does.  We want garbage-free beaches, we want accessible wildlife, we want cheap beers and accommodation, and we want a bit of an adventure.  But above all else we want to be safe, no matter how much we brag about the danger zones we’ve crossed. 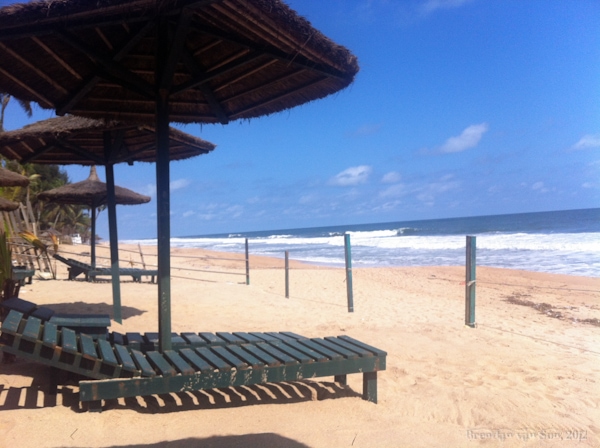 So as I sit here on the bus leaving Grand Bassam I have something to tell backpackers: West Africa is waiting for you.  Sure, it’s had problems in the past, but the people here look after you better than anywhere I’ve ever been.  And if you’re worried the beaches aren’t clean enough, or the waves aren’t gnarly enough, or the beers aren’t cheap enough, I assure you they are.

So please, unseat yourself from that table in Thailand and come join me in West Africa.  Please, I’m begging you.  It’s lonely here without you.