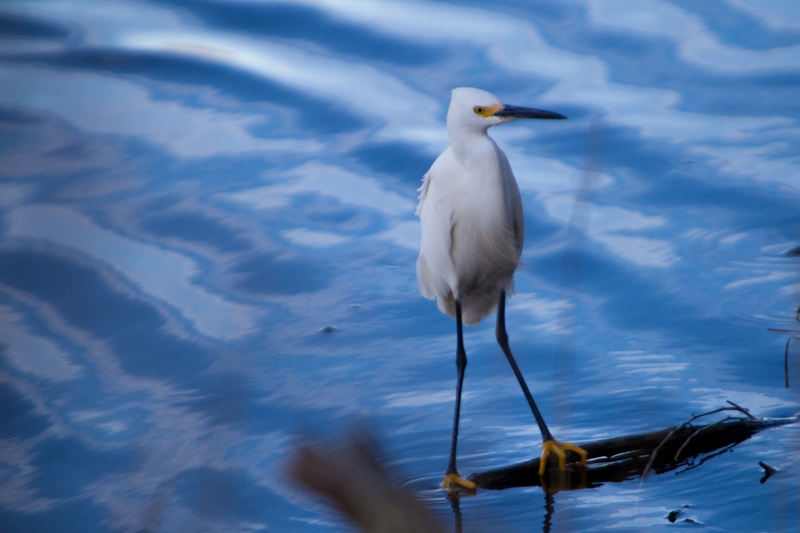 Bird Photography at Merritt Island with a Canon 2x Extender

For over 2 years I’ve been packing around a Canon 2x extender. I bought it in New York City before heading to Africa in hopes that it would give me more distance on my wildlife images using a 200mm f/2.8 prime lens I had back then. But, when I used it nothing came out really sharp. I attributed the un-sharp images to the fact that I was using my 60D crop sensor body. I figured I just wasn’t able to get clean enough images with no grain on the crop sensor. I packed the $300 item around for years because I was planning on upgrading to a full frame as soon as I could afford it. Of course, I upgraded my body to a Canon 6D a couple months ago.

With my new full frame camera I had been dying to test out the 2x extender with the belief that I’d be able to get some good, clean images. In Orlando, I finally got the chance to take some images with a trip to the Merritt Island Wildlife Refuge which was about an hour’s drive from our city.

So how were the results?


What is a Extender?

Essentially, an extender is a small “lens” that you attach between your main lens and your camera’s body. extenders will only work with certain lenses like the 70-200mm or 300mm. You couldn’t just toss one on an 18-55mm lens and get it to work. Then, basically, what an extender does is adds magnification to your lens allowing you to get more reach. Extenders usually come in 1.4x, 1.6x and 2x, although other variations do exist as well. 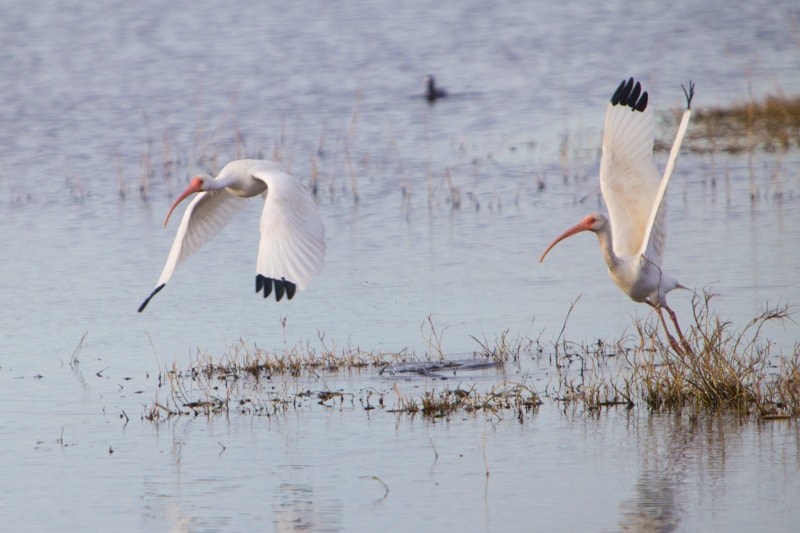 Honestly, the results were rubbish. I was expecting there to be some issues with sharpness and I’d have fewer keepers than usual, but after inspection most images were just really, well, shit.

As you’ll see from this example below, the image looks “OK” from a distance. But, when you zoom in to a 100% crop of the photo you see the problem. It’s not that the focus is off, it’s not that it’s grainy, it’s just not sharp. There seems to be a layer of “no-contrast” that makes it looks completely dull and un-sharp. Some of this can be corrected in post-processing, but not really.

From a professional standpoint, I can’t use this extender. I really can’t sell images I’ve taken using this thing. The images just aren’t sharp enough and there are far too many artifacts.

Issues caused by the Extender

There are a number of issues that result from using a extender. Some of these problems are correctable, others really aren’t.

Loss of Light: Because the 2x extender drops your camera from f/2.8 to f/5.6, you’ll lose some speed on your shutter. If you’re shooting in extreme low-light that can be a bit of problem. However, I’d be willing to bet that most wildlife photographers shoot most of their images around f/6.3 – f/8 anyways, so it’s not really that big of a deal. And, if you’re shooting a full frame camera, if you have to boost the ISO a bit to compensate for the light loss, it’s not really a massive issue.  To be honest, loss of light was the least of my issues.

Lack of Contrast: I have to believe that the lack of contrast comes from the fact that you essentially have two pieces of glass together. They don’t mesh properly and the colour contrast on images are really flat looking. Of course, most of this can be adjusted in post-processing with some contrast addition and maybe some clairty. But, still, it doesn’t look as good as it should even when adjustments are made.

Slow Auto-Focus: When you add the extender, the focus on the lens becomes much slower. As a result, it misses far more often. When shooting birds or quick moving subjects, that can be an issue. Out at Merritt Island, I noticed that any time I was photographing birds in flight, I missed the focus about 8 times out of 10.

Complete Lack of Sharpness: The sharpness isn’t there at all. The whole image just looks fuzzy. From a professional standpoint, that’s just something I can’t have. There’s no way to adjust this in post-processing, and it’s completely unforgiving. And, don’t try to tell me that I have a shaky hand. I took images completely stabilized, with the mirror locked up and a 2 second timer to assure maximum sharpness and still got poor results.

For example sake, check out these two 100% crops of images, one from Merritt Island using the 2x extender and one from The Everglades without an extender. I mean, it’s not even close.

Is it worth it to buy a Extender?

And the statement, “well I’m going on a 2-week safari, and don’t think it’s worth it to buy a 400mm lens just for that trip,” is fairly incorrect too, in my opinion. Of course, you can rent a 400mm lens for that trip for the same price as buying a extender. 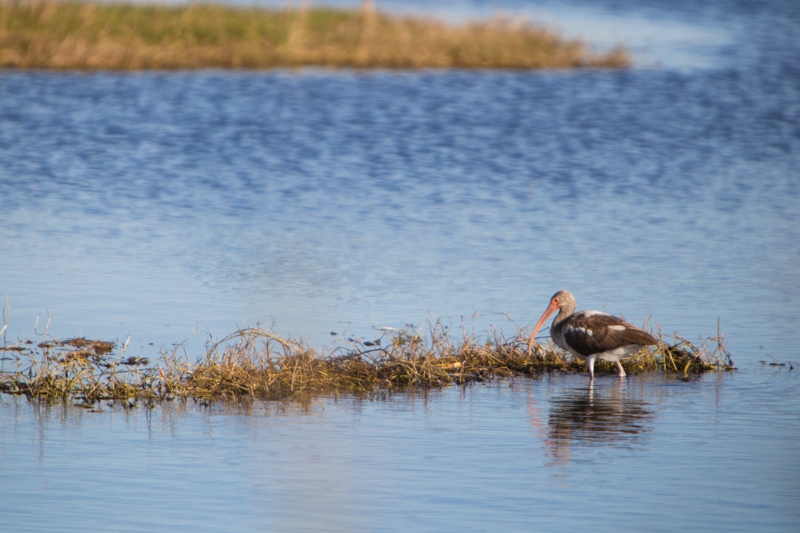 Can I have your Extender, Brendan?

This test has taught me that 1) I need to buy a 400mm lens before heading back to Africa, 2) I’ve been packing around this 2x extender for nothing, and 3) It’s not a product that a travel photographer should have in their kit.

So, if you want this 2x converter, you can have it. I paid about $250 for the thing. If you send me the money for shipping, and toss me $20 so I can buy a bottle of whiskey to forget I packed this thing around for 2 years and spent $250 in the first place, I’ll send it to you. Just let me know that you want it in the comments, and I’ll arrange to send it to you.

I think a couple things should be mentioned in regards to the extender. For one, this is the version II of the Canon 2x extender. The newer model may be better. In fact, I imagine it must be better, otherwise why come out with a new one? I still think you’ll run into contrast and sharpness issues. Secondly, I have never tried a 1.4x or 1.6x extender and have been told that the issues of those extenders are lesser than the 2x extender. I would believe that. But, since I’ve never tried one, I can’t vouch for them. I’ll have to give one a shot before making assessments.

Finally, the Canon 200-400mm has a built in 1.4x extender. From what I’ve heard from other professional photographers there is little to no issue with that extender. Apparently, the reason is that the extender on the 200-400mm is molded from the same piece of glass as the main lens.  That, apparently, lessens issues. Well, if I ever have the 4 million dollars to buy a 200-400mm, I’ll be sure to let you all know. 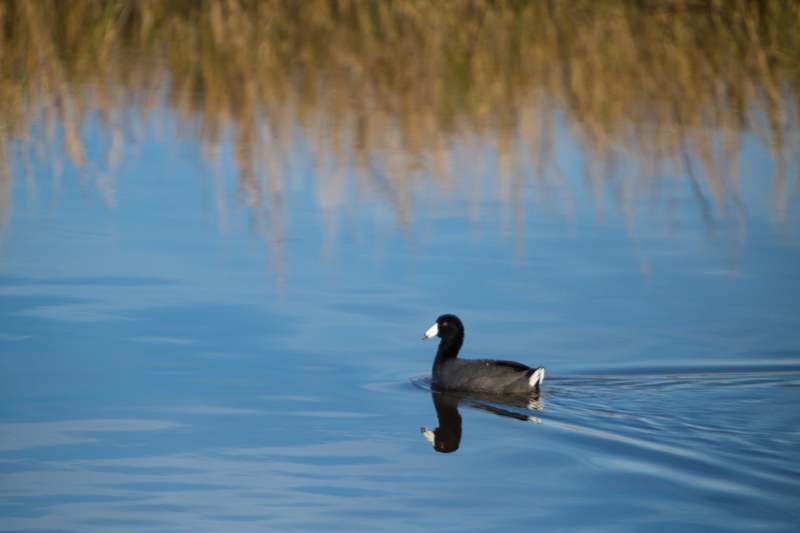 I’m in Orlando, as you can tell from this video from Merritt Island, and I have a couple days of fun lined up. I’ll be heading into Universal Studios to check out their Harry Potter world as well as there other rides and attractions. Then, I’ll be also visiting Disney World and Epcot. After that, it’s down to the Florida Keys. Stay tuned.