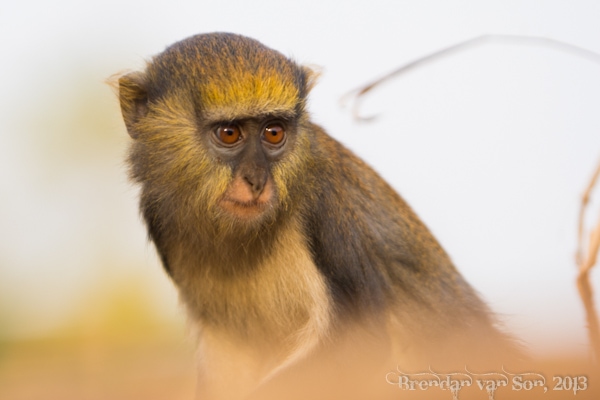 In what is becoming a bit of a trend in Africa for me, my guide was about half my height.  He stood in front of my and talked in a serious voice.

“The monkeys are sacred here,” he told me while attempting to connect eye-to-eye. “They come to the village each night and every morning to feed before heading back to the forest.” 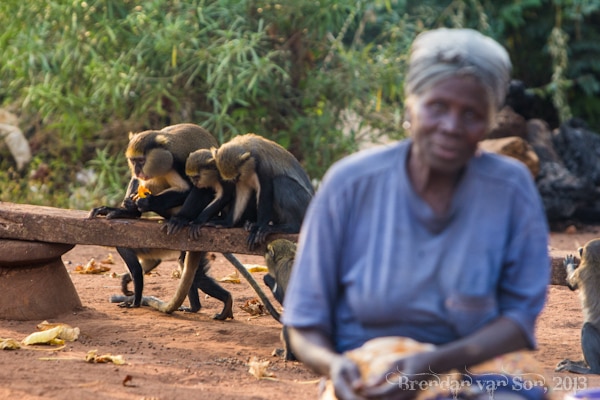 Of course, I had my doubts.  I’ve seen these types of “sacred” animals all over the world.  What often happens is that a village realizes that tourists will come if the animals are around, so they do all they can to make sure the animals are there.  In the village of Boabeng-Fiema, Ghana, I imagined it to be much of the same.  And even as I saw the dozens of monkeys racing all over the village I couldn’t help but believe that the people simply feed the monkeys so that they around.

However, as the guide told the story of the monkeys of Boabeng-Fiema I was quickly convinced that there is something else at play.

The tale my frail height-challenged guide told was quite interesting, and shows the superstition so many Africans live under in various parts of the continent.

It is said that a hunter went off into the forest in search of a catch when he came across a troop of monkeys surrounding a fetish.  Intrigued by the fetish, the hunter brought it back to the village with him.  To his surprise, all the monkeys followed. 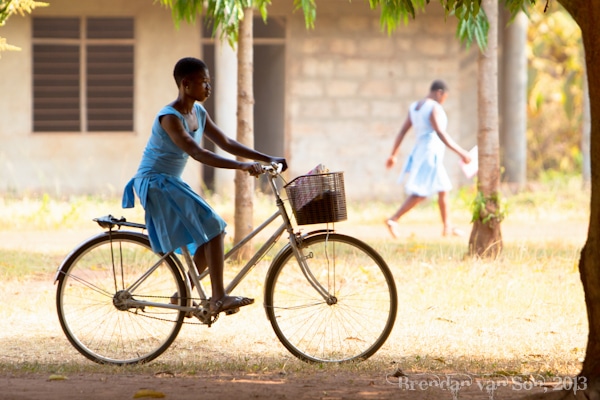 A villager is said to have attacked a monkey and caused it harm.  Following the incident, the same type of attack was laid on the attacker.  It was then said that any harm done to the monkeys would result in a similar harm being done to the person.  Thus, a person that kills a monkey will soon die as well.  Or a person who chases a monkey from the village will soon be chased from the village themselves, and so on. 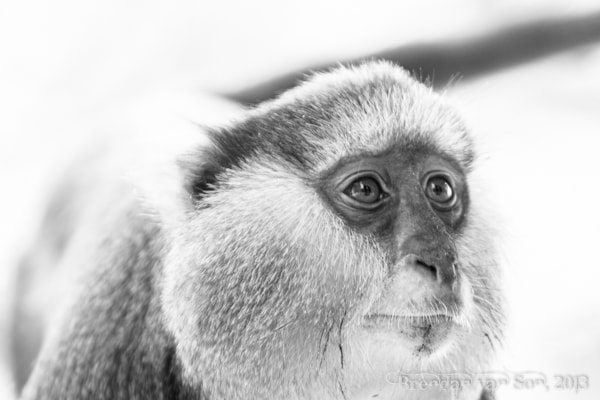 It was decided by the shaman that if the people wanted the monkeys around they could keep the fetish in the village, but never harm one.  At some point, if they decided that they didn’t want the monkeys anymore then they could return the fetish to the forest and thus ridding themselves of their primate friends.  But they believed that the monkey and the fetish were good luck and thus decided to keep both. 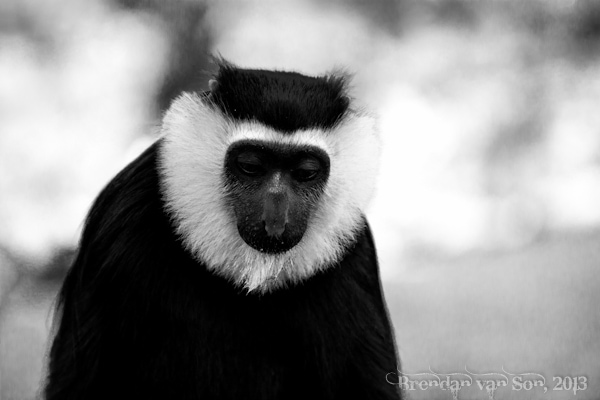 To this day, both Mona and Black & White Colobus Monkeys run wild through the villages.  They steal maize from the farmers, sneak into kitchens, and sit on benches eating stolen cashews.  But the villagers will never chase the monkeys away, they’ll never yell at a monkey, and they’ll certainly never lay an abusive hand on one. 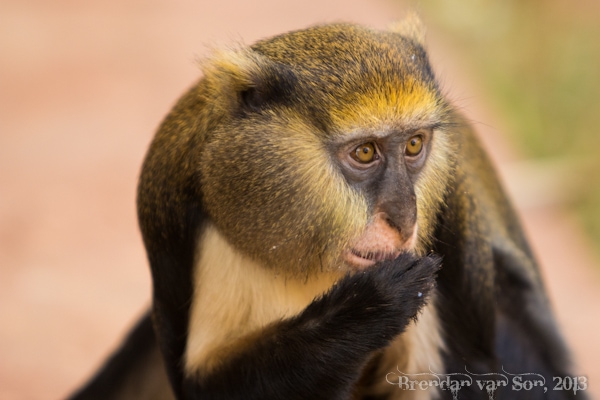 In fact, the monkeys are so revered in Boabeng-Fiema that there is even a cemetery just outside the village where people have buried those who have died.  According to my guide, the monkeys don’t ever die in the forest, they come to the village to die so that someone will find them and give them a proper burial. 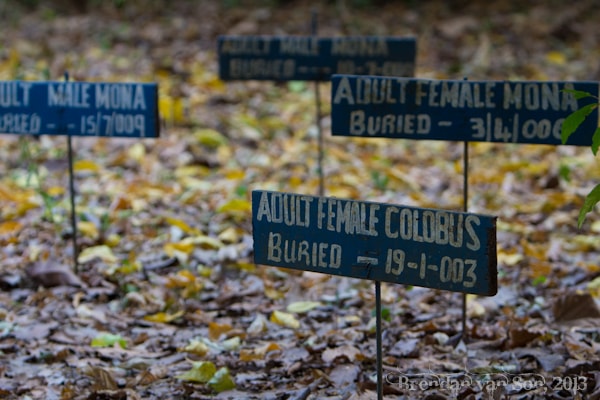 Now, whether or not you believe the monkeys of Boabeng-Fiema to be sacred or a part of a tale told by elders is obviously debateable.  And although I’m sure that you’ll find the gross domestication of the monkeys to be more than just a little bit disturbing, It’s hard not to feel a little bit intrigued by the relationship between man and monkey in this village in the heart of Ghana.

And although the curious hand wonders, I wouldn’t dare lay a malicious hand on a monkey in Boabeng-Fiema.