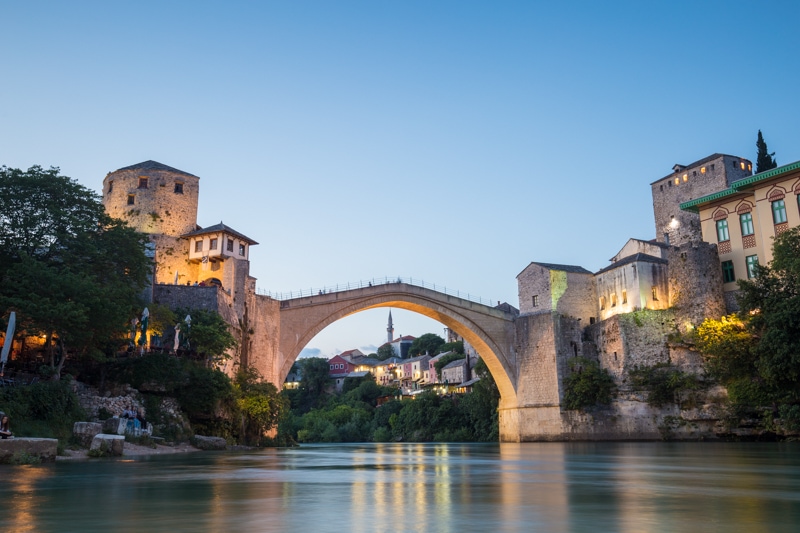 The Famous Bridge in Mostar (Photos and Video)

I left Montenegro after a couple amazing weeks in both Kotor and Budva, and headed into Bosnia & Herzegovina.  I wanted to check out the city of Mostar and it’s famous bridge – Stari Most.  I missed out on the city on my first trip into Bosnia, and have had it on my list of things to do and photograph since then.  Thus, since I really only had a couple days to photograph Mostar, and explore town, I put all my focus into the famous bridge.  I spent an entire day location scouting, flying my drone, and photographing the bridge from a couple different angles.


Where to Photograph the Mostar Bridge?

I found that there really aren’t as many options as you might think.  Also, when I was there, the water levels were extremely high which actually cut down on the number of options.  That said, there really are three locations that are going to give you the best angle of the bridge.

South of the Bridge – Viewing Platform

Just south of the bridge, you’ll see a bit of a terraced platform.  This is the place that people who jump off the Mostar Bridge swim to when they’re done.  It’s also likely the best place to photograph Stari Most from.  In fact, I think it’s the only way to get a clean shot of the bridge with no other obstructions.  I photographed the bridge and worked to frame one of the mosques under it.  I didn’t get great light, but it worked. 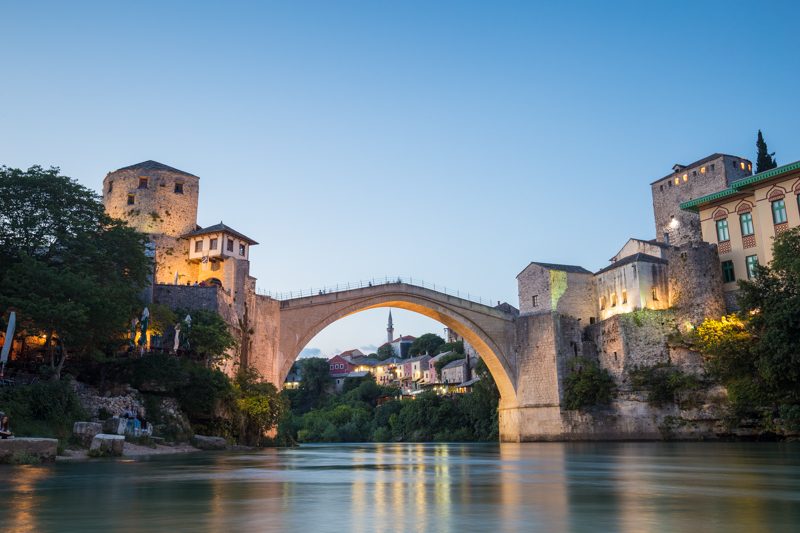 There’s a restaurant north of the bridge on Kujundžiluk street which has pretty good views.  The restaurant seems to close really early, and they don’t seem to mind people going in to take pictures.  That said, don’t linger here. If you go here to take pictures at least buy a drink. 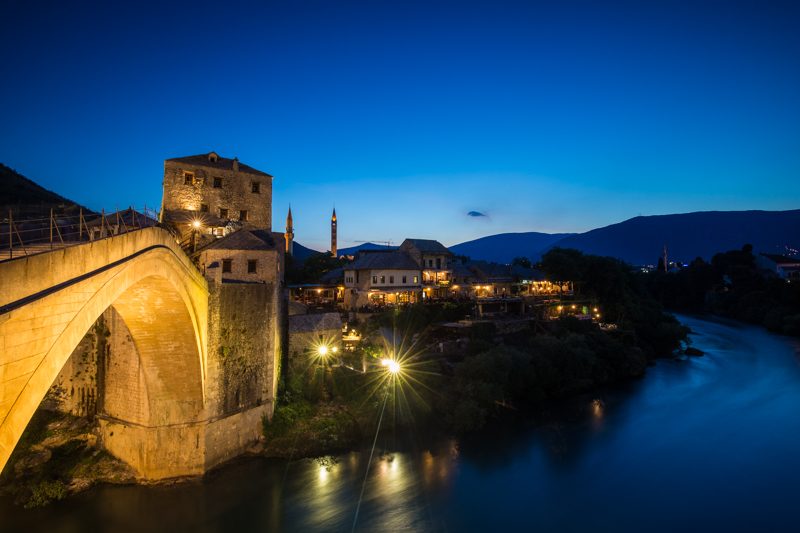 If you’re willing to climb the minaret of this mosque, the views are fantastic.  I didn’t, however, climb because the light was extremely harsh the afternoon that I would have been able to go up.  Instead, I flew my drone even higher than the tower to get a similar angle.

Note that you have to pay to go in and climb the minaret. 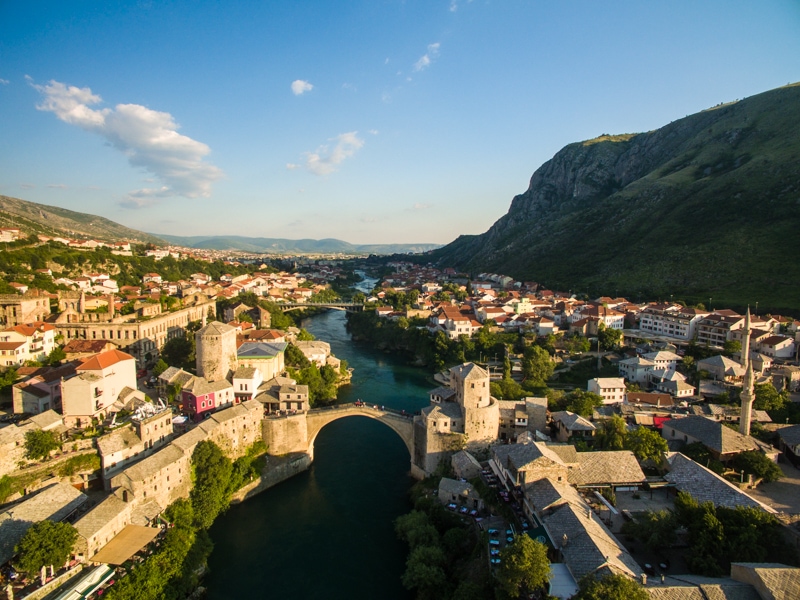 Where to Stay in Mostar

I stayed at a place called Villa Park. The place was beautiful, but it was a bit of a walk from the old town. However, if you don’t mind the 10 minute walk into the old town, the place is an absolute bargain. I paid about 20 Euros a night and had a balcony over the river. 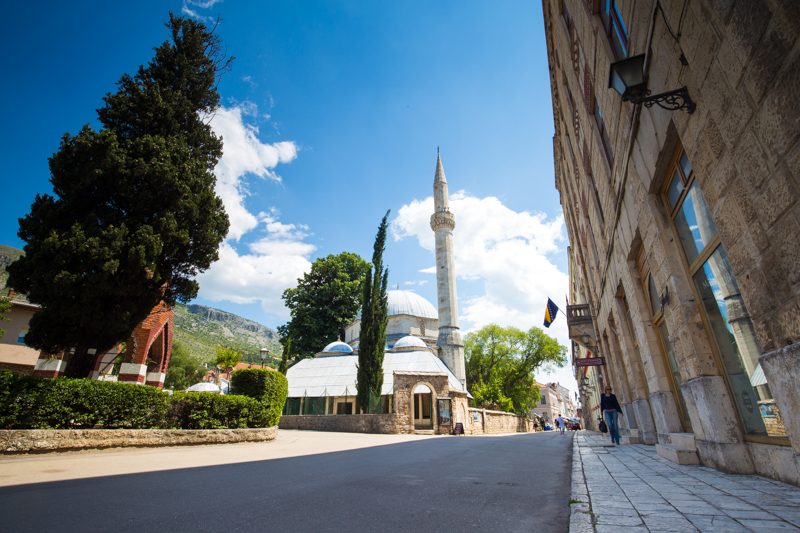 Getting to Sarajevo from Mostar

There’s a train connection from Mostar to Sarajevo. However this summer (2016) it seems to be closed for construction. There are mixed news regarding the train, with some saying it’ll be back in operation by July, others think it’s a longer job.  The train from Mostar to Sarajevo is an absolutely stunner though. It might be one of the most scenic train journeys in Europe, by most accounts.

The bus from Mostar to Sarajevo travels similarly to the train, and is also a beautiful journey, but less comfortable. It takes about 3 hours from start to finish and the buses leave regularly.

I headed to Sarajevo to meet up with an old buddy.  We headed out to do some location scouting along the Via Dinarica trail.  So, the next blog post will be from that adventure.