Florianopolis Part One: Be careful you may never leave

Like the old cat from the stories he just never seemed to leave. On the first day, he told us of a plane that he had to catch, packed his gear and left. When we returned from a swim in a nearby bay he was swinging away on the hammock, full of stories about how his flight got cancelled and he needed to take a bus. The second day he came into breakfast limping, telling us about knee issues and how he had to see the doctor before he left; he would stay yet another day. The next day after breakfast, like clockwork, he packed his gear, shook all the boys’ hands and kissed the cheeks of the women. But it wasn’t four hours before he was back, telling stories about how the bus company gave him the wrong bus tickets, and he would have to wait another day. The day I left Florianopolis he was swinging his day away in his hammock, telling everyone how he would leave that evening; I’m not sure he ever did. 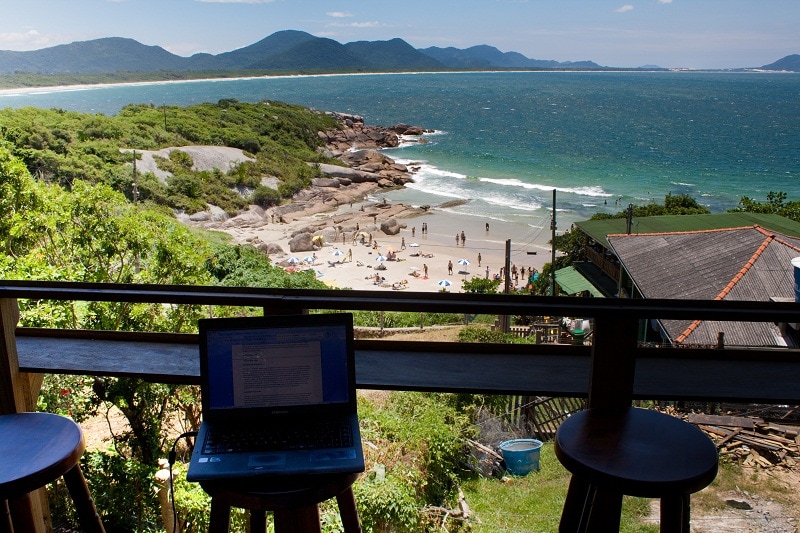 My office in Floripa

It is easy to see how one could get lost in the lifestyle notorious to summertime in Florianopolis, Brazil; even myself, a “stick to your plan” traveler ended up staying an extra day. The romantic cove beaches, rich green vegetation and the smiles and laughter of visitors and locals alike makes this an easy place to fall in love with.

Florianopolis is an island connects to the mainland of Southern Brazil via a bridge. The island is then divided off into a number of different areas, all of which have their own qualities and character. The city’s center is geared to provide to the island’s large resident population whom live in some of the highest standards of living in all of South America. Deeper into the island sits the popular tourist hangout of Lagoa which is featured by great restaurants and a wealth of entertainment. The backpacker class tends to head across the island to the district of Barra do Lagoa which features both the largest and most popular beaches on the island. Surfing, sun tanning, and people watching occupy the days of visitors to this part of the island. Further exploration of this magical island will summon people to some of the more remote areas of the island. Boat trips leave daily and explore the amazing landscapes, secluded beaches and tiny villages which occupy the rest of this Brazilian haven. 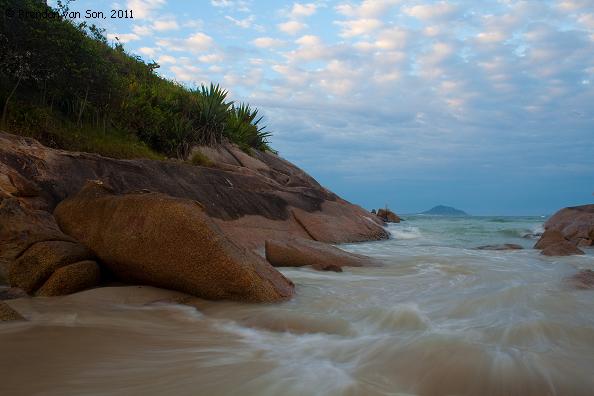 Rushing water on the beach

Florianopolis is one of those few places in the world that can work to hold people with even the itchiest of feet.  What else could one ask for in a destination? The combination of great city life and an outdoors and natural setting that would be the envy of any in the world wont easily let you leave, and is addictive as online slots. The beauty of this great area of Brazil extends far beyond the natural wonder as well. The inhabitants of the place they call Floripa are some of the most genuine on that you’re ever likely to meet.

As if an amazing natural setting adjoined by the a beautiful population wasn’t enough for one single location, throw in one of the most moving entertainment scenes in Latin America, and who would really want to leave; who would need to? The island attracts some heavy music hitters and acts, including some who have recently played such as Ben Harper. Florianopolis’ night clubs and bars alike attract people willing to join the festivities until the sun advises them their departures to bed. In Floriapa, why sleep at night, when one can spend the day lazing away under the bronzing sun. 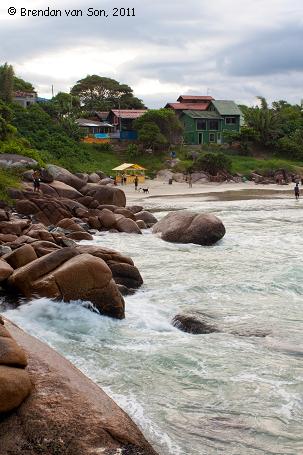 Be very careful if you someday plan to visit Florianopolis, Brazil. It is easy to find yourself without a watch, without a care, and without a desire to be anywhere else in the world. You may be drawn to this stunning island setting for the landscapes, the waves or the sun but it is the beautiful rhythm of life that has managed to steal people away from the world, and will continue to do so, for time to come.