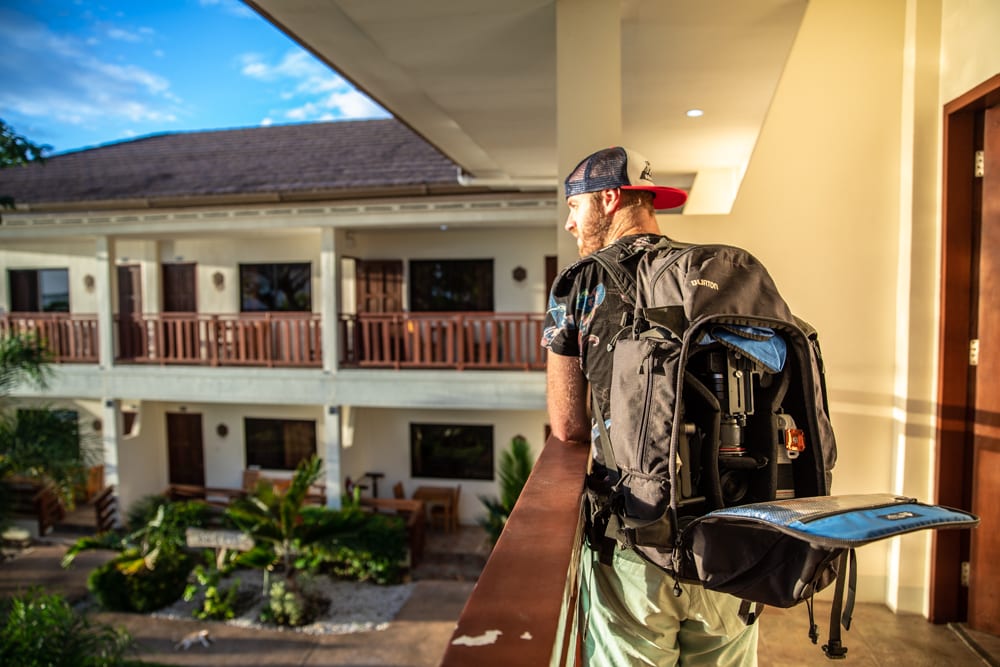 Flying with a Camera

In my most recent video, I talk about air travel with a camera and camera equipment.  I think the question of “how do you fly with camera gear” is asked to me more than almost any.  But, flying with camera equipment really isn’t as scary as some make it out to be.  And sure, I’ve kind of got it down to a science as I’m basically catching a flight every couple weeks.

But still, I thought I’d take the time to drop the little bits of camera/travel knowledge I have with you, so here it is?

Can I Check my Camera Gear?

So no, you shouldn’t really check your camera equipment unless you get a really good durable case for it like one of these pelican cases.

That said, I do check some of my camera equipment. I often check my Ronin-S. But, when I do so, I wrap it up in a jacket to keep it from getting damaged.  And, I often take a picture of all my gear in my suitcase in case the airline loses the luggage and needs to compensate things.

Can I Take My Tripod in Carry-on?

I always get asked if you can take a tripod carry on. YES!

Yes, you can. There’s no rule against carrying on your tripod.  But, since tripods are a bit of a strange dimension some of them might not fit the carry-on dimensions of a particular airline. However, I’ve never heard of people being denied bringing a tripod on the plane.

However, if you’re checking a bag, I can’t see any reason why you would bring your tripod as carry-on. Just check it with your luggage. Tripods are tough. 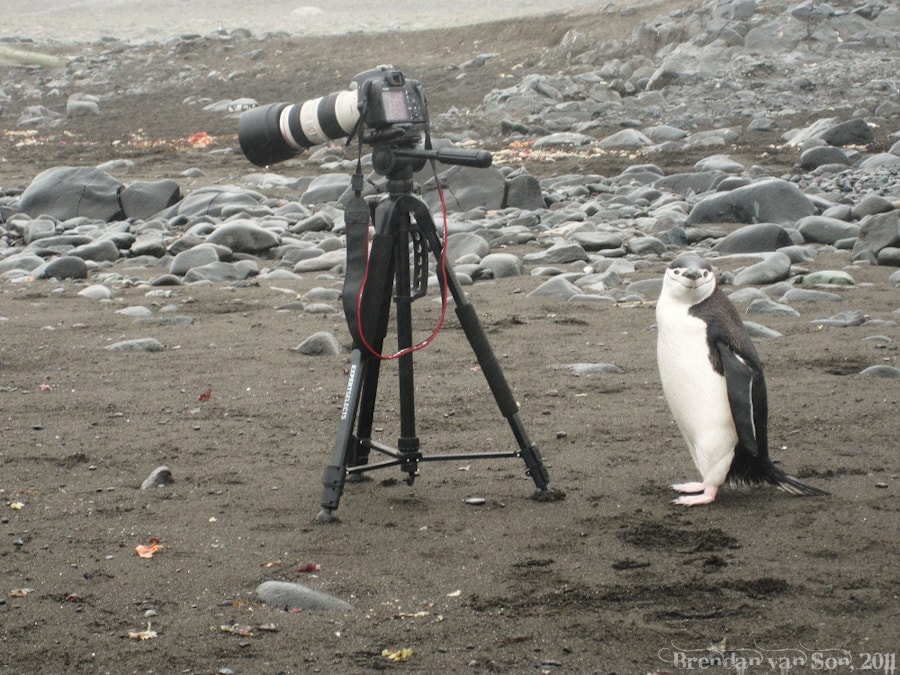 I always carry my drone on the flight with all my other camera gear.  But, what about the batteries?

Well, drone batteries – and actually any heavy lithium batteries – can’t be checked. They have to be in the carry-on luggage with you.

So, any camera, drone, or gimbal batteries you have – you have to take them with you on the flight.

What About Luggage Allowance?

Obviously, having a lot of camera gear is going to get you into a bit of trouble.  Most airlines have maximum luggage allowances of 7-10kgs.  My camera bag, however, fully loaded weighs over 14kg.

So, how do I get around that?

Well, for one, I think at most 1 in 15 flights actually check the weight. They seem much more concerned with space than weigh when it comes to carry-on.  Secondly, when they do mention it’s over weight I simply argue that I can’t check it because it’s camera gear and it might get destroyed. Usually, they agree. Or thirdly, there are times – like 1 in 100 times I fly – where I have to pay a small fine.

For example, Emirates has one of the most famously incredible services in the world. But, I avoid them at all cost because of their fees.  On Emirates, you pay $30 per kilo over your weight. So, when I got caught 7kg over on a flight to The Philippines, I got dinged $210 in fines.  My whole round trip flight was just $600.

Other airlines, like Air Asia, are pretty strict about going over baggage allowances and they enforce them. But, they only charge about $4-5 per kilo extra.  So, do your research before you fly. 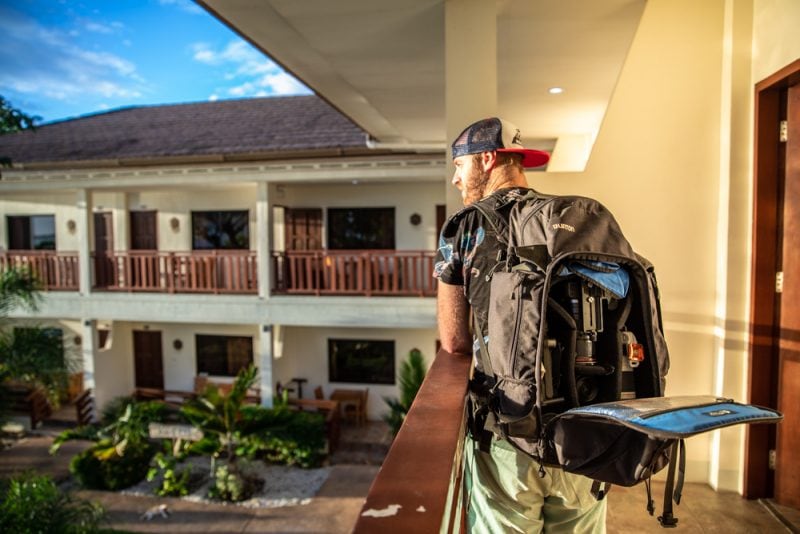 Can my Camera be a Personal Item?

Most airlines allow you to have one carry-on and one personal item in the plane with you.  It’s the typical thought of a person with a small suitcase, and a briefcase or handbag.  The suitcase is meant to go up into the overhead luggage storage, and the personal item under the seat in front of you.

If you want to take your camera and put it there you can.  In fact, I often take my Canon R and Ronin-S as my personal item so I can film just before and after the flight.

Just note that if you’re in an emergency exit row you’ll not be able to have your personal item at your feet for take-off of landing.

Do I Have to Take My Camera Equipment out at Security?

Usually they ask for you to take your laptop or tablet out of the bag at security. But, only once in my many years flying with a camera have I had to take out my equipment at security.  And that was just after an attack had happened so everyone was on high alert.

You generally just run your whole camera bag through the scanner at security and move along with your merry day.

I should note, though, that I’ve had times where they’ve done a secondary check of my camera equipment at security.  They usually just ask you to turn your camera on to prove that it’s a working camera.

Questions about Flying with a Camera?

If you have any questions about travelling with camera gear that I didn’t answer here, be sure to drop a comment and I’ll get back to it as soon as possible.