One of my favourite travel memories is from the time I spent at the Tikal ruins in Guatemala.  I left one afternoon with someone I had met at the hostel in nearby Flores to the Mayan city of Tikal.  We had the intentions of staying overnight in a hammock next to the entrance so we could get into the site before anyone else.  However, our bus trip to the ruins got us to the site hours before closing time so we decided to enter that night.  As dark began to settle in a security guard tried to whisk us out of the site, saying that as soon as the sun goes down the site closes.  My co-traveler asked the guard how much it would cost to stay the night inside the grounds.  However the security guard did not sense the intention of a bribe, and simply told us “you can’t it’s too dangerous.”  My friend pulled a 20 dollar US note from his pocket and stuffed it in the hand of the guard and said “we’re sleeping up there,” as he pointed to the top of one of the pyramids; and we did.  Imagine trying to sleep on the top of an ancient pyramid as howler monkeys howl, toucans squawk, and anything else that can make sound is doing the same as well.  In the end, I didn’t sleep at all, however I did have one of the greatest experiences of my life.  Tikal ruins all to ourselves! 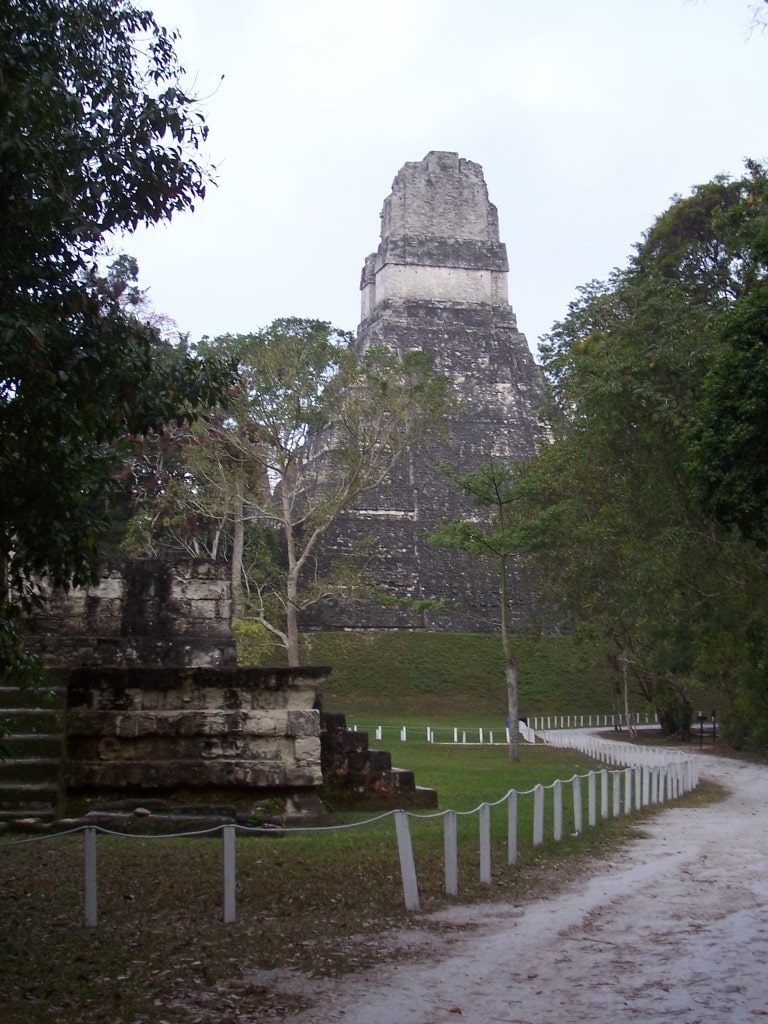 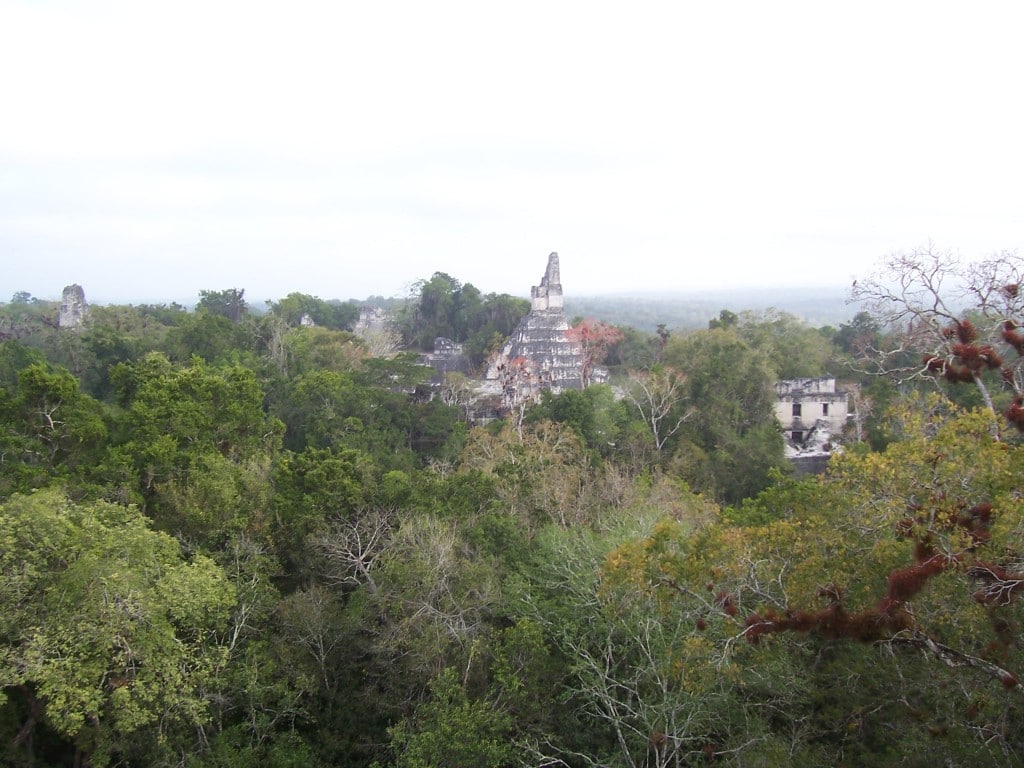 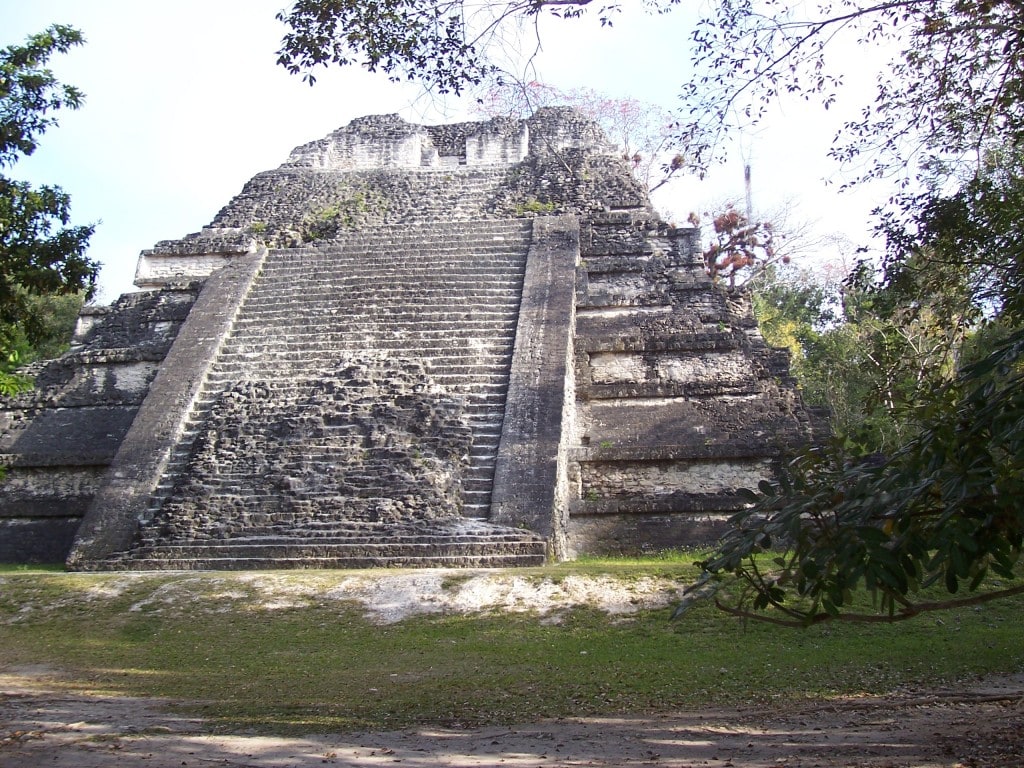 The ruins have become weathered over the years, but the sheer size of this great Mayan city lends to the power that it must have once had 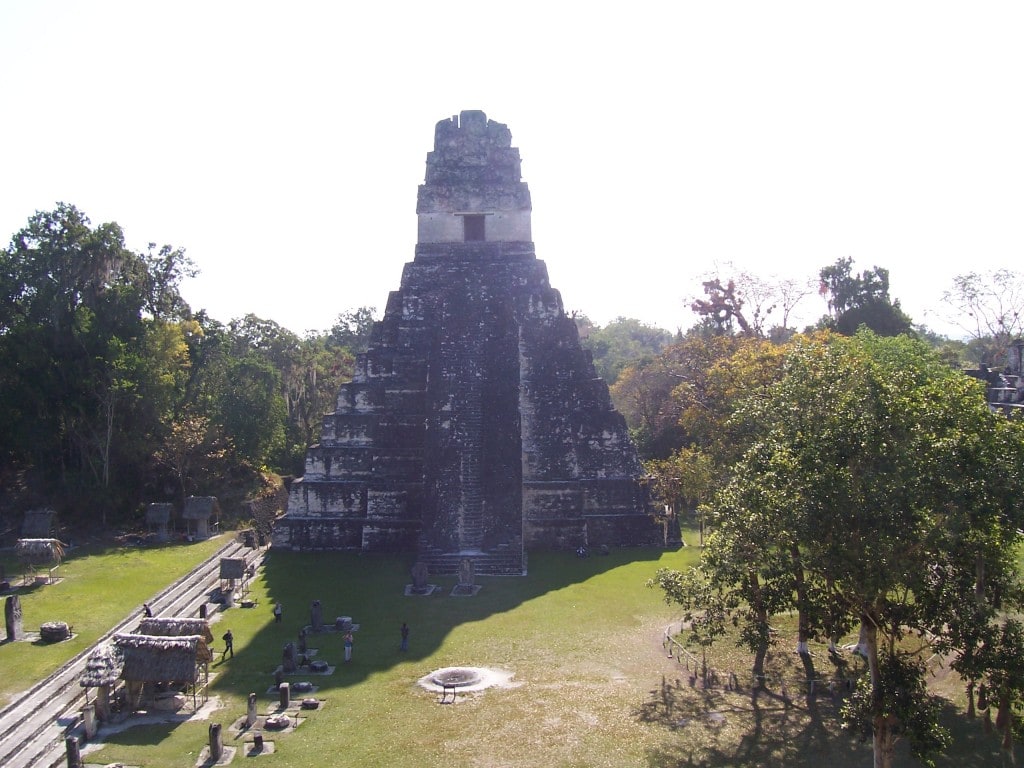 This city was once lost in the jungle. 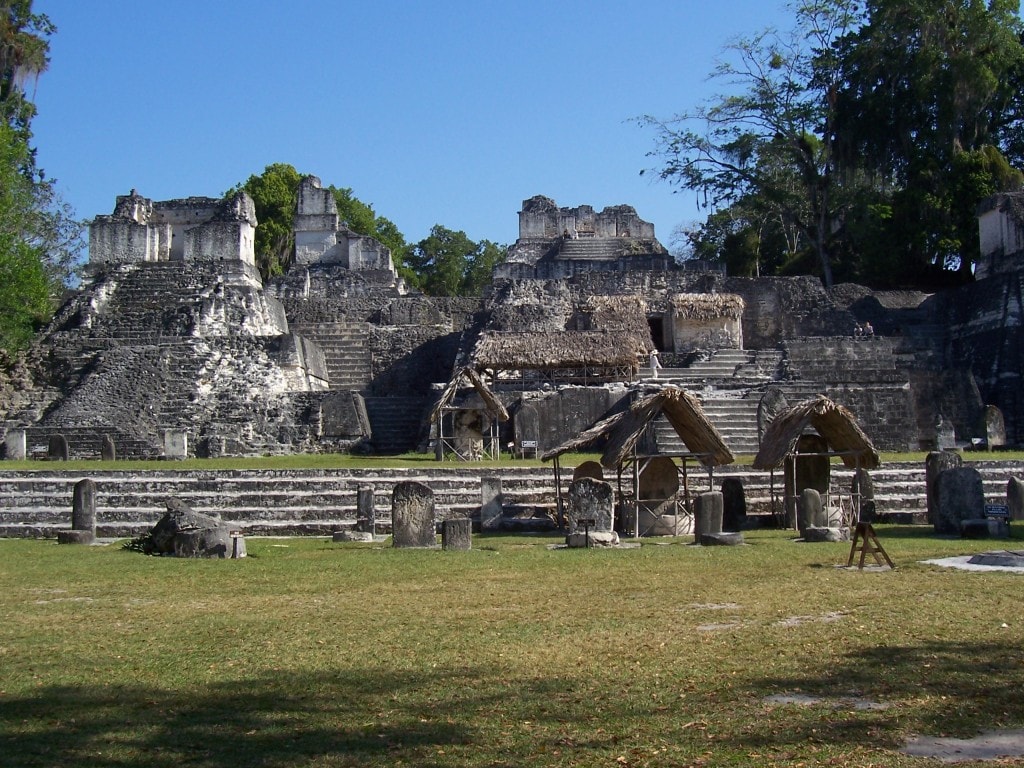 Sites that were once locations of Mayan sacrifices to the gods are spotted throughout the city. 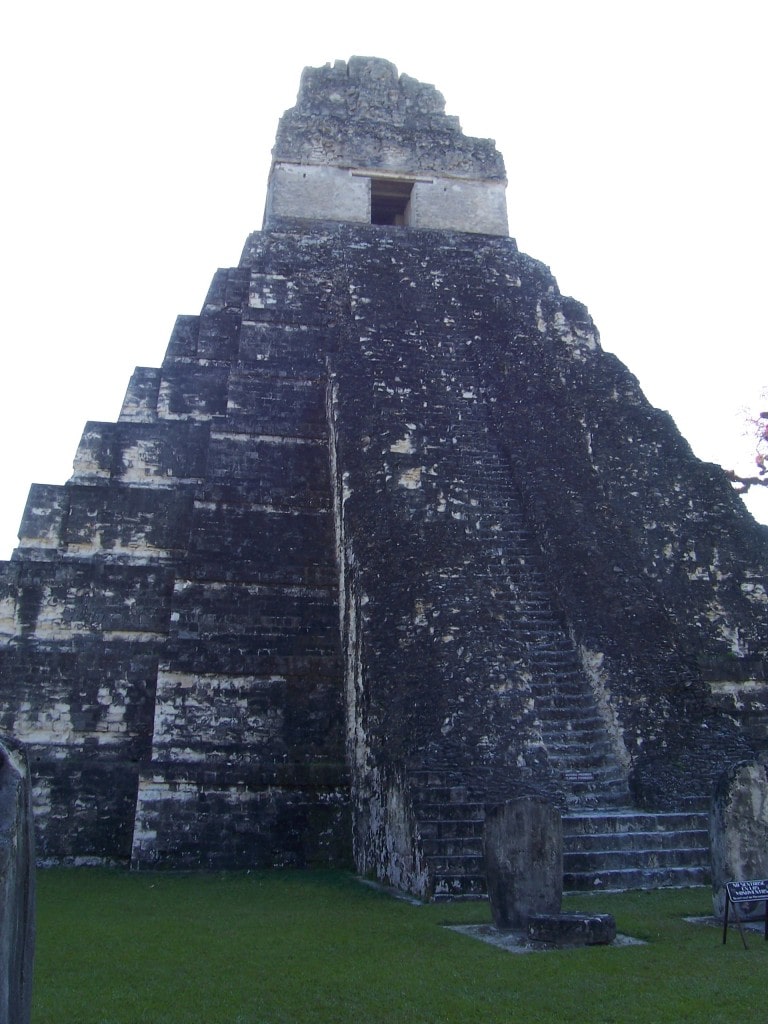 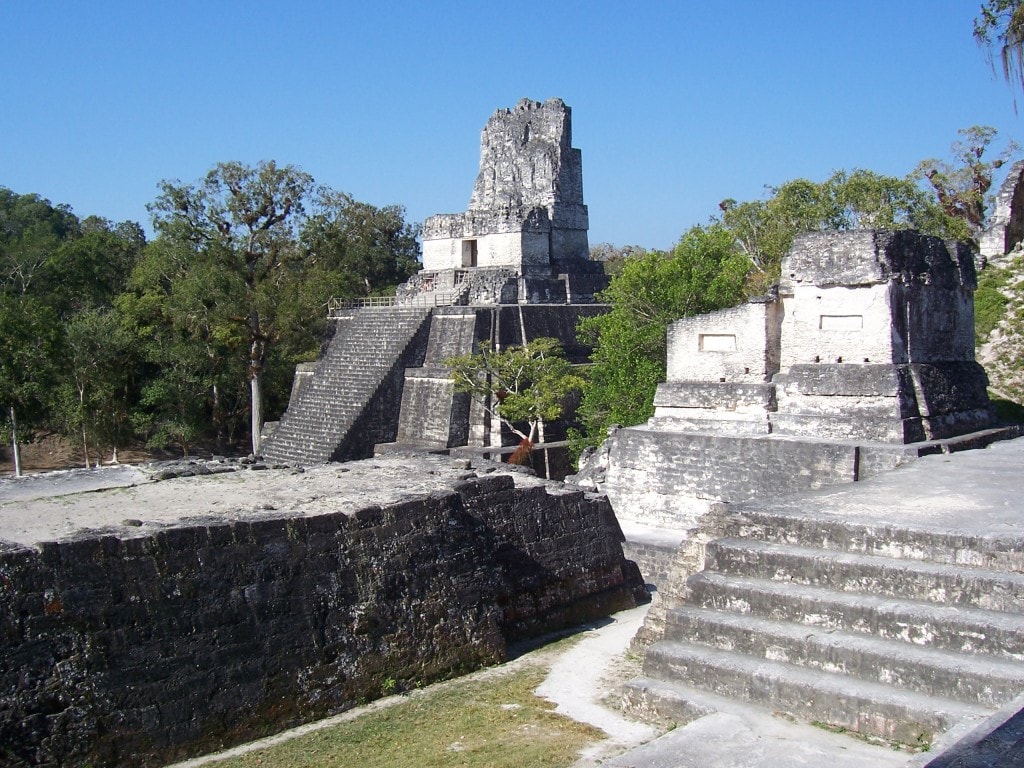 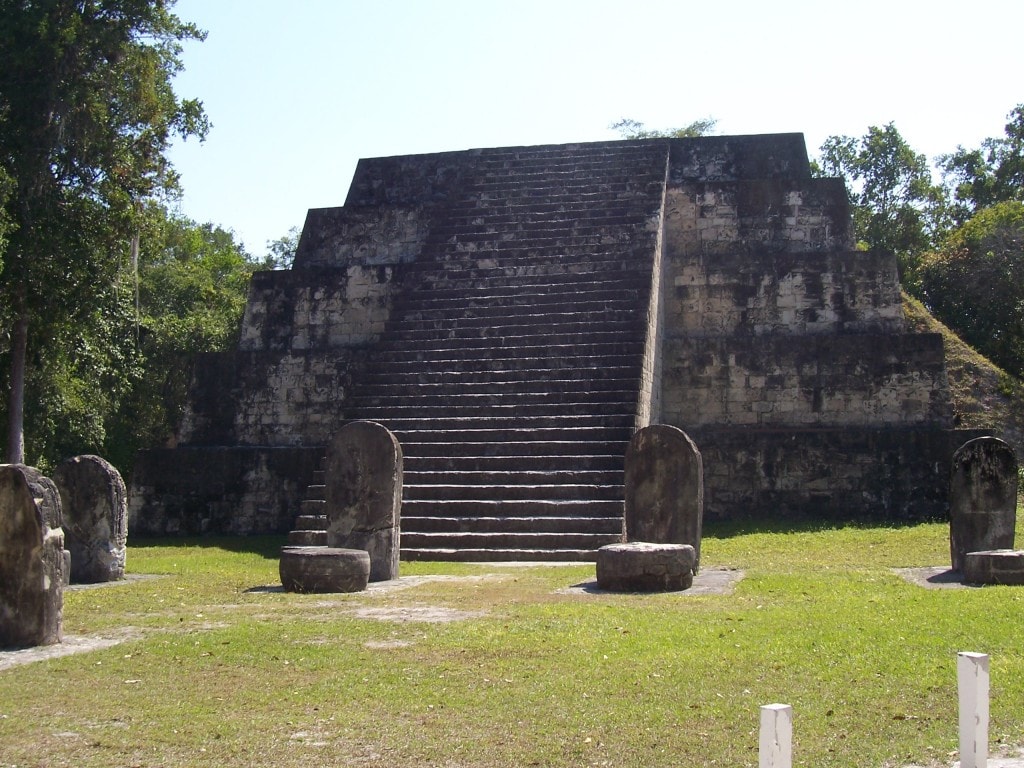 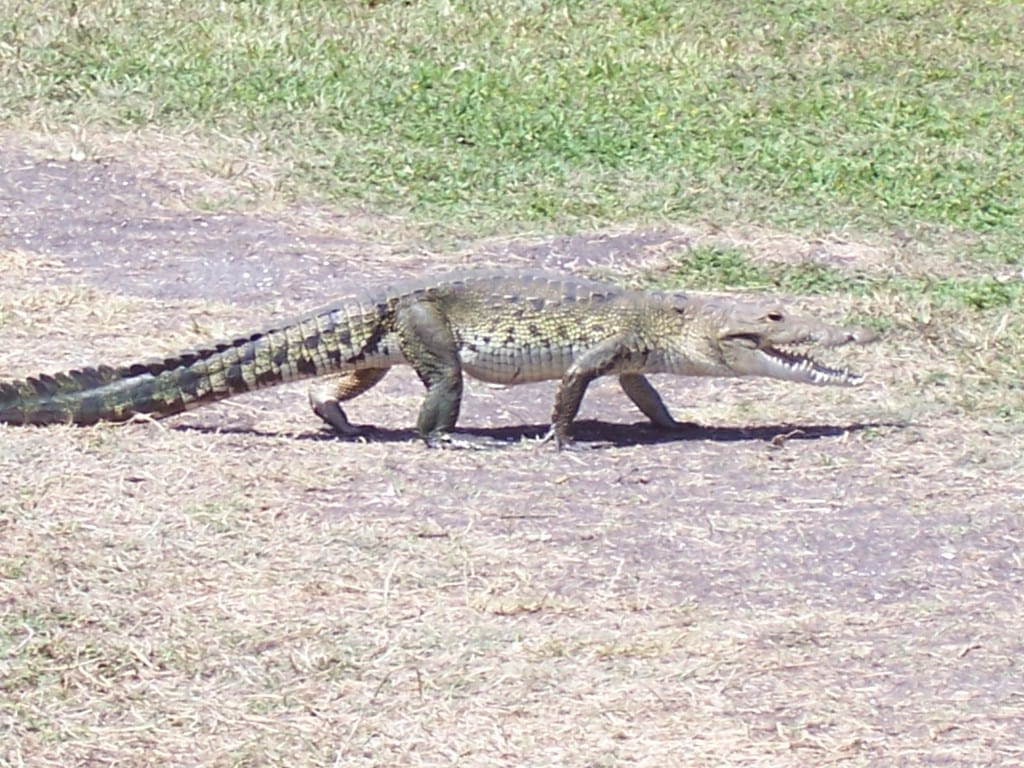 In the nearby waters a croc came out to explore, or maybe just to bathe in the sun 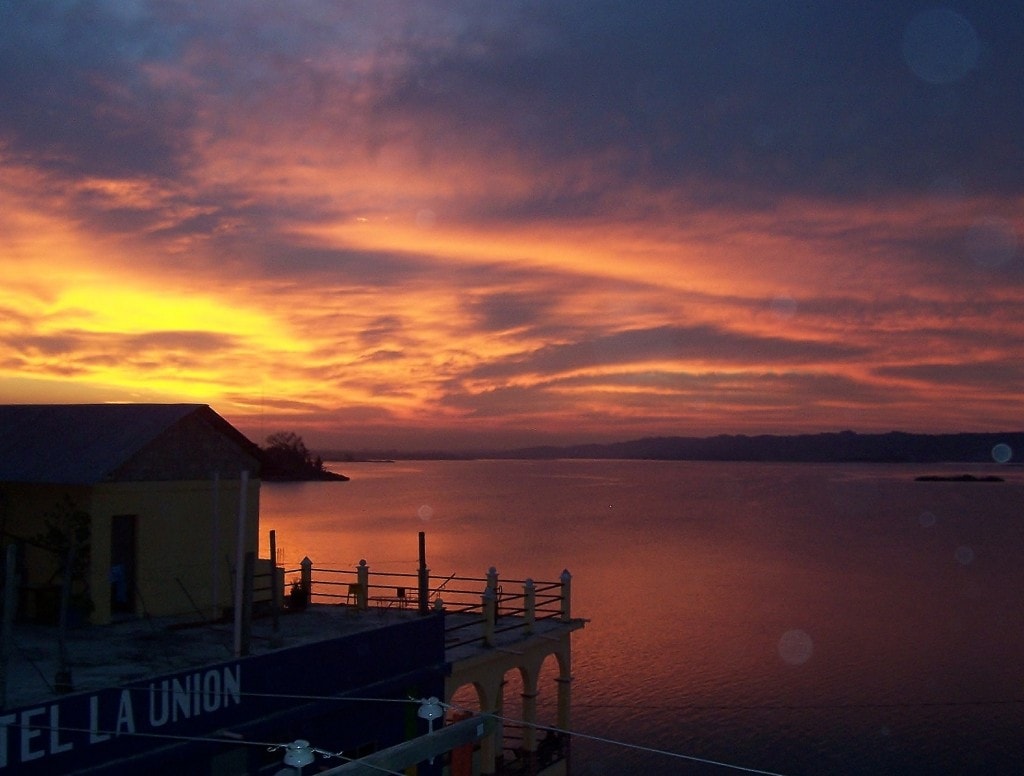 The sun setting in nearby Flores