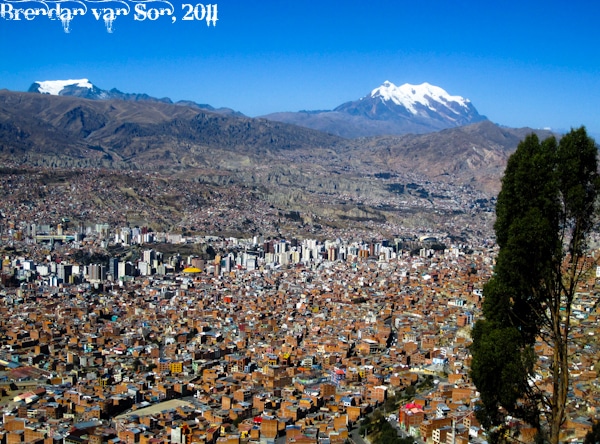 How Much does it Cost to Travel Bolivia

Bolivia has long been a favourite among backpackers and adventure travellers due to the simple fact that it is very affordable to travel.  The costs of things like eating out at a nice restaurant, sleeping at a budget hotel, and going for a night drinking on the town often seem too good to be true.  The beauty of Bolivia is there really is something for every budget.  If you’re seeking comfort, although it might not be up to “Western” standards, it is available.  If you’re looking to save your pennies, though, this may be the best place in South America.  The true beauty of Bolivia is that travelling on a budget doesn’t mean that you’ll have to compromise any of your travel ambitions because you can’t afford it.

You’ll find basically all kinds of accommodation in Bolivia.  From run down hotels that offer very little more than a box with a bed and a toilet in the corner all the way to the big hotel chains like the Radisson in La Paz.  The best value in the country are family run hotels which are often called Hostals or Alojamientos.  There are very limited camping opportunities in the country but you may find a few in the altiplano.  Backpacker hostels are abundant, they are cheap although you can often find a hotel for the same price.

The range of hotels and prices from 4 and 5 star hotels all the way down to family run Alojamientos.

Backpacker hostels are just about everywhere you need to go in Bolivia.  You’ll find them from the capital to the salt flats all the way back to Lake Titicaca.  The prices are generally quite low, but maybe not as low as you might expect in comparison to the hotels.  However, hostels have a few advantages such as kitchens, free wifi, and a number of other travellers to join forces with on the road.  Below is a chart provided by Hotel Bookers that gives you an indication of the prices of each hostel.  Look to pay somewhere between 6US$ and 12US$ for a hostel dorm bed and between 15US$ and 25US$ for a private room.

Bolivia is a country that would be great for camping, but it’s not something that’s overly popular outside of the hiking trails. I guess the reason that it’s not popular is because it is so cheap to crash in a hotel or hostel it doesn’t make sense to struggle over a camp. There are some camping areas near the National Parks and on the Alitplano although they are scarce. Look to pay about 2US$ to camp somewhere if you find it.

In Bolivia it is as cheap to eat out as is it is to cook at the hostel so there really is no point to cook. Traditional Bolivian food is generally fairly bland, in my opinion, but you will find international style cuisine across the country.