How NOT to get into Paraguay

How NOT to get into Paraguay

Paraguay has always been on my travel radar, which confuses the variety of travelers whom I have explained this to along the way. Why Paraguay? Well, because it is a place on a map. I don’t visit countries to check their names off a list or to be able to place tacks on a map. I visit countries for the simply reason that I want to explore, I am curious about what I will see when I cross their borders. I am less concerned about what their great attractions look like as I am as to what their food tastes like, what their supermarkets look like, what their language dialects sound like and, fairly importantly, how the people treat me.

Paraguay, it seems, is so far off the tourism map that most people wouldn’t even be able to name two cities in this central South American state. Personally, because of my background in Latin American politics and geography, I knew a lot about Paraguay before arriving. I could have listed of the names of former dictators, the years of its international conflicts, even its economic standing in Latin America. But, what I couldn’t tell you is that Canadians need visas to enter the country.

I walked up to the ticket counter in Buenos Aires armed with the cash I needed to buy my bus ticket to the capital of Asuncion. I bought the ticket for the next day and handed over my passport to the lady behind the counter to plug my information into the computer when she asked me if I had a Visa for Paraguay. I looked at her with a slightly confused look and said: “I am Canadian” as if to gain the special treatment usually given to the most popular citizens in the world (you don’t have to agree just play along). She grins and say “of course,” as she hands me back my passport either unknowing of my mistake or punishing me for my brash overconfidence.

The next evening I boarded my bus prepared to spend the next 20 hours in the air conditioned confines of a bus. As I woke up I decided to do something I haven’t done for years, I opened up the pdf file of the Lonely Planet on my laptop. Clearly stated under the heading of Paraguay were the words I didn’t ever expect to see “Citizens of Canada (and other less important countries), must obtain a visa. It is best to do so from a major capital city or home.” Uh oh. 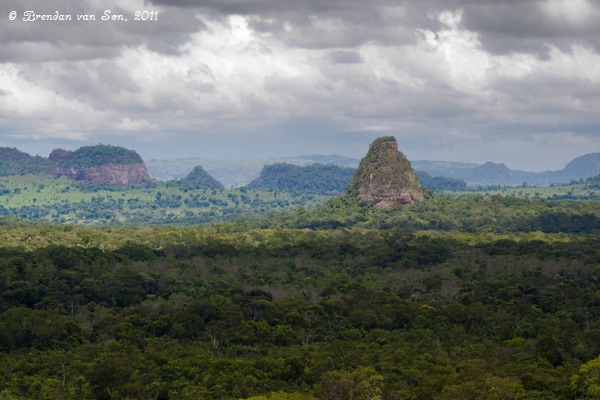 As the bus cruised within 20 minutes of the border I shrugged it off and told myself that the Lonely Planet was 6 years old and things have probably changed. They hadn’t. I had gotten my passport stamped by the local agent who quickly stacked it in a pile and told us that we’d get them back later. So I snuck into hiding in the bus hoping he had failed notice the lack of a visa on the pages, my passport is stuffed with 32 pages worth of stamps and visas maybe he would simply think he couldn’t find it. He found it.

I was pulled aside by a young border official who couldn’t have been more than 22 years old. He told me that I needed my visa, and that I would have to go to a town nearby and get it taken care of, and that it would cost me 80 dollars. But every time he told me, he grimaced and then broke into the local Guarani language with his co-workers, before finally saying “well, maybe there is another way.” I knew this “other way” involved an exchange of cash. He told me that I could pay them 20 dollars for an “in transit” stamp that gave me 48 hours to get through the country, and then when I left I would just have to pay a fine of 10 dollars a day beyond those 48 hours. “It will almost be the same price” he told me. 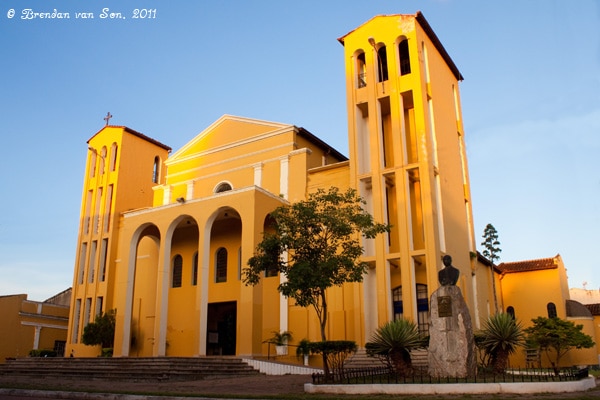 I grinned at the ability to be able to bribe my way into a country. I’ve spent about 2 and a half years total traveling around Latin America and have been told of the bribery and black mail, but never have I yet truly been able to take part in it, until now. I paid the 20 dollars with a handshake and ran after a local bus since the one I had been on left during my discussions. As I was leaving, the border official told me that if I see the military checking passports that I might be in trouble, so I should avoid them. Sure, you tell me this after I’ve paid you off.

Stuffed in the back of the local bus I could see the outskirts of Asuncion and began to feel at ease until we stopped for a military inspection. They checked the bottom of the vehicle with mirrors on hockey sticks, they checked the luggage in the back, and started checking documents. As they got have way down the bus, half the distance to me and my flawed passport, the man in charge told them to move on. And that’s how I snuck into Paraguay.

Each day in Asuncion I had to pass a large military compound on my way to my favourite cafe at which I used as my office. And everyday I nodded my head at the military officials on the street and greeted them by muttering “caballeros.” And each day I worried they would finally check my passport but they didn’t. I ended up staying about 14 days in Paraguay, which would have amounted to a fine of 120 dollars, so on my way out I simply “forgot” to get my exit stamp and went directly to the Brazilian entrance where the official didn’t look through any of my pages and stamped my passport right next to the Brazilian Visa that I received legitimately, thus avoiding the fine. This is not the way that I recommend entering and exiting Paraguay, but there wouldn’t have been a story to tell had I done it the right way would there have?