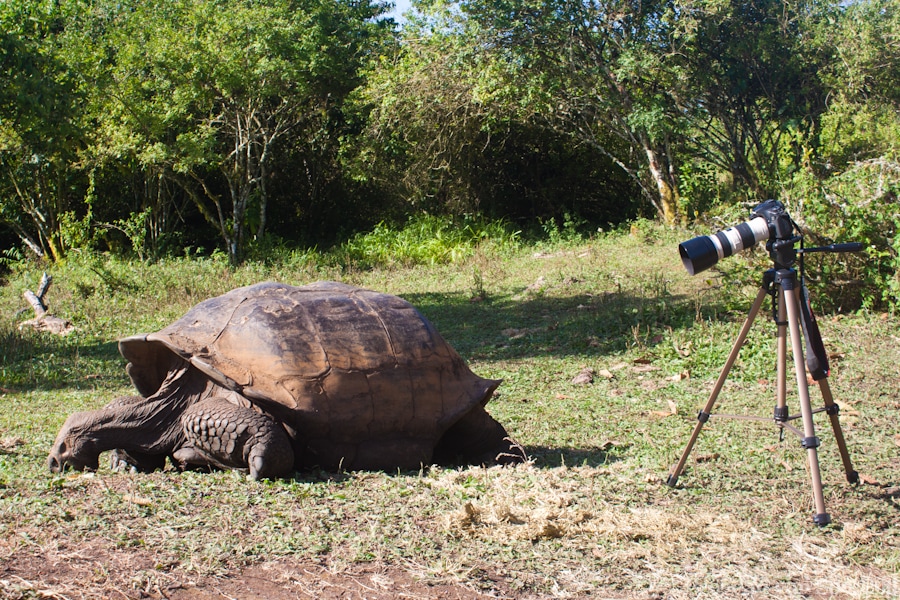 I was Robbed… I’m Going to Puke

I feel like I’m going to puke… I can’t see a way that I won’t puke.

I just had all my camera gear, over $3,000 worth, robbed on a bus leaving Quito, Ecuador.

Today I was on my way to Tena, Ecuador to see my friends, who just had their lodge burn to the ground.  I was going to see if I could help with the reconstruction, or maybe give them some press in hopes of giving them a boost in tourism or something.  Instead, I was jacked of not only my camera equipment, but my livelihood.   I am sitting back here in Quito after spending 3 hours scouring the streets with the police and filling out reports.  In the end, the police told me that there is nothing they can do realistically.  A car stolen can be seen on the streets, a camera could be in any little bag anywhere in the country.  Chances are, according to the police, that the camera gear is already in transit for somewhere like Guayaquil to be sold at a black market where no one is looking for it.

In all I lost:

I had just gotten on the bus from Quito bound for Tena (about a 4 hour trip), and we were five minutes outside the terminal.  I had a coke, so I opened it and placed my camera bag in between my feet.   A couple minutes later I looked down to notice my bag had slid back below my seat, caused – I assumed – by the incline of the bus’ path.  As a long term traveller I know that bags under the seat aren’t safe.  I slid the bag back between my feet without thinking a thing.  Then, as we arrived at a gas station I stepped up to use the bathroom only to find my camera bag as light as a feather when I went to take it with me.  At the bottom there was a hole and zipper was partly open.  Whoever got in was as smooth as anyone, as the bag still had it’s rain cover on.  How did I not feel anything move???

It’s amazing how these things become so clear after they happen; hindsight is so clear.  I know exactly how it happened and when.  A group of about 5-6 people entered the bus and all took seats behind me, despite there being seats open much further ahead.  A lady selling bread stopped beside me to tried her sales pitch on me to which I thanked her and said no.  However, she continued to chat with me, which isn’t rare in South America; some people are just interested in foreigners.  But quickly, within a minute or two of entering the bus she and the group left the bus.  My immediate thought was “they are thieves, who else takes a long distance bus 2-3 minutes?”  I looked down at my bag, it was at my feet and didn’t think anything of it until we arrived the gas station.

There was a police officer on the street whom I raced to.  He called back up, but in these parts, my camera was long gone by now.  The bus staff yelled at me, claiming it was my fault for not putting it below in the luggage case.  They are partly right, but what if I wanted to take a picture from the bus?  Am I going to leave a small shoulder camera bag in the bottom of the bus?  Unfortunately, if I would have left it below, and it was stolen, the bus company would have been responsible, and liable for 50% of the costs.  Since I brought it on board with me they are not responsible for a penny, even if the long distance bus company was picking up people and dropping them off like a city bus.  The truth is though, these guys were just trying to earn a living, I can’t blame them.

After driving around Quito and filing a police report, the police officer in charge of my case was clear: “we are sorry this happened, it happens far too often to tourists in this city.  And I’m even more sorry to tell you that there’s about a 100% chance that you’ll never see your camera gear again.  It’s gone.”  As I left the station downtown completely devoted to tourism, two more gringos walked in with long faces.  I’m not the first one to be robbed here, and I won’t be the last.

What about Travel Insurance, are you covered???

Well, despite the fact that I have 3 different types of travel insurance, thanks to two credit cards and more standard insurance, after consulting with the companies… I’m not covered for theft this large.  My personal insurance just covers items under $500 that were purchased in Canada (something I didn’t know until now, not that the $500 would cover anything anyways).  All items stolen had a greater value.  My credit card travel insurance is only valid for products I bought using their cards.  I didn’t make any of these purchases using those credit cards.

Why didn’t I get Better Insurance?

The simple truth?  I don’t have that kind of money.  Since I’ve begun travelling I’ve never had much money to spend, I have student loan bills, and all of the savings I’ve made in the past couple years has gone to my student loans or the purchase of the camera gear I just lost.  To buy worldwide travel insurance for electronics is expensive, it can be well over 150$ a month or more.  To cover electronics in high risk areas of the world is more expensive than insuring a car.  It seems so ironic (well in an Alanis Morissette version of the term ironic anyways) that I was just talking the other day with friends about a travel insurance that covers these things (by Clements Insurace) for cheaper.  I had intentions of buy the top line insurance when my current policy ended at the end of this month.

How do I Feel?

At the End of the Day

I suppose I can be happy that losing possessions is the worst that has happened to me in these years.  I suppose it could be much worse.  I suppose that although incredibly expensive, possessions can be replaced.  I need to be thankful that I am healthy.  I am lucky, I have a great family and great friends; knowing that makes my camera gear feel a little bit less important.

I’ve already gotten lots of messages from friends, family members, and random readers asking if they can help me with something.  I have to say, that I have never been good at asking for help.  I carry a lot of pride in my independence.  .  I would never feel comfortable asking anyone for money; and I refuse to do it now. However, if you feel compelled to help me out because you want to start seeing new photos from my travels, and my depiction of the world, soon then there are some things that maybe you could purchase that would help me out… but please, don’t feel obliged (I don’t want you too feel as if you are paying for my own stupidity).  Maybe one of the products below this post will come in handy or even make a good Christmas present???

What if I get my gear Back?

It’s gone.  I know how this works, there is maybe a 0.0000001% chance I see it again.  BUT, if on the off chance it comes back I will give all the money I eared to a charity to be named if that happens.  Moreover, I plan on being completely transparent with you all on my earnings.

The support I have gotten from friends, family member, readers, and even strangers always overwhelms me.  And knowing that I have that support goes a long way in making me feel better about how things went down.  Do I need a camera?  No.  But I will always need you guys, in whatever capacity I have you.  Your words, support and comfort is as much help as any donation or product purchased.